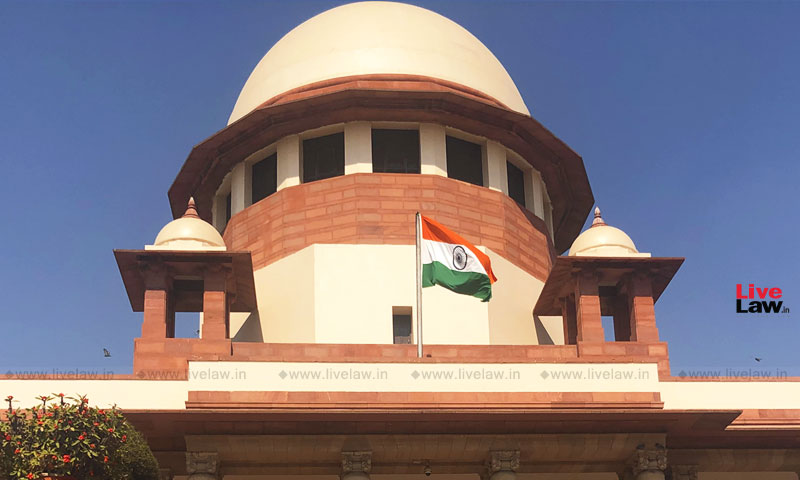 The Supreme Court on Wednesday directed the State Government of Assam to respond to a plea seeking payment of wages and ration supplies to Tea Plantation workers within 10 days.A bench comprising Chief Justice SA Bobde, Justices Indu Malhotra & Hrishikesh Roy observed that even though the bench is not usually inclined to interfere, it would do so in this case as Assam tea gardens...

The Supreme Court on Wednesday directed the State Government of Assam to respond to a plea seeking payment of wages and ration supplies to Tea Plantation workers within 10 days.

A bench comprising Chief Justice SA Bobde, Justices Indu Malhotra & Hrishikesh Roy observed that even though the bench is not usually inclined to interfere, it would do so in this case as Assam tea gardens "have a history".

Senior Advocate Colin Gonsalves appeared for the petitioner(s) and stated that none of the tea plantation workers were being paid despite directions during the Coronavirus induced lockdown.

The Court noted that statements put forth by Gonsalves were "vague" and that the State must be supplied with requisite details so as to respond.

Additional Advocate General of Assam Nalin S. Kohli stated that the petition copy was received by him "only this morning" and submitted that he had "verbal instructions to state that the Government was in fact dispensing with salaries to workers".

"We normally don't interfere but Assam Tea Gardens have a history. File a reply to this within 10 days" - CJI SA Bobde

Court was hearing an application averring that,

"After the lockdown on account of COVID-19 virus, the applicant is being approached by several tea garden workers regarding non-payment of wages and ration in different tea gardens in Assam. Hence the applicant is filing this application seeking urgent listing of the application and immediate relief for the workers." - Excerpt of Petition

The plea, inter alia, highlights that that "despite specific government orders were passed and demands were raised by different workers union in several tea gardens, workers are not being paid their wages and rations by their employers. The workers in the tea gardens are in dire circumstances and facing extreme poverty"

Additionally, it has been contended by the Assam Sangrami Chah Sramik Sangha that there has been non-implementation of the order passed by the Supreme Court in the matter of International Union of Food Agricuture & Ors. V. Union of India.

"The writ petition was disposed of by an order dated 06.08.2010, by which the Central Government was directed to carry out their statutory duties, in terms of Sections 16- B, 16-C, 16-D and 16-E of the Tea Act, 1953 within a period of six months. As the direction issued by this Court was not complied with, the Petitioner filed the above contempt petition." - Excerpt of Contempt Plea

On April 5, 2018, the Supreme Court had directed four States to make an interim payment of approximately Rs. 127 crores to tea garden workers whose legal dues had remained unpaid for over 15 years now.

A bench comprising Justice S.A. Bobde and Justice L.N. Rao directed the States of Assam, Kerala, Tamil Nadu and West Bengal to make the payments on a contempt petition filed by the International Union of Food Association and the Paschim Banga Khet Majdoor Samity.