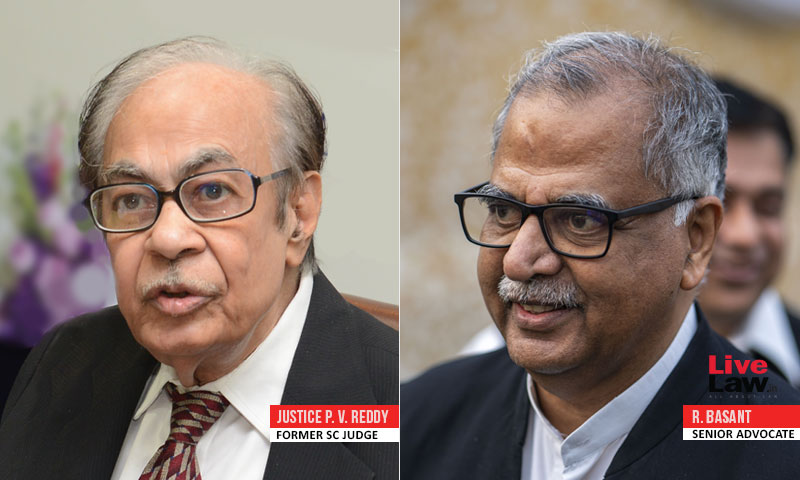 The Supreme Court has sought the responses of all State Governments on the recommendations made by the Second National Judicial Pay Commission on the pay scales and benefits of judicial officers.The Commission, constituted by the Supreme Court in November 2017, had submitted its final report on January 29.On February 28, a bench headed by Chief Justice of India S A Bobde ordered that the...

The Supreme Court has sought the responses of all State Governments on the recommendations made by the Second National Judicial Pay Commission on the pay scales and benefits of judicial officers.

The Commission, constituted by the Supreme Court in November 2017, had submitted its final report on January 29.

On February 28, a bench headed by Chief Justice of India S A Bobde ordered that the States should be represented by their Chief Secretaries. The bench also requested the Advocate Generals of respective States to appear in the matter.

"The respective state governments and Union Territories are directed to file their responses with respect to each recommendation, if any, within a period of four weeks from today. If any of the parties fail to file such response, it will be presumed that they have no objections to the recommendations made by the Commission. We expect that the recommendations of the Commission will be implemented proactively", ordered the bench, also comprising Justices B R Gavai and Surya Kant.

The Court has appointed Senior Advocate P S Narasimha and Advocate K Parameshwar as amici curaie in the matter.

"The amici shall consolidate the views of the states and give their suggestions to the Court. They shall also consider what institutional mechanisms can be put in place to ensure that this Court is not compelled to intervene every time in respect of pay scales and conditions of service in respect of the subordinate judiciary. The Law Secretary, Union of India may also give his suggestions in this regard to the amici", the bench observed.

The Commission was constituted by the Supreme Court as per its orders in the All India Judges Association case. On November 16, 2017, the Ministry of Law and Justice had issued the notification in that regard.

Some of the salient features of the recommendations are :

As per the revised pay structure evolved by the Commission, the Junior Civil Judge/First Class Magistrate whose staring pay is Rs.27,700/- will now get Rs.77,840/-.

It has recommended the adoption of Pay Matrix which has been drawn up by applying the multiplier of 2.81 to the existing pay, commensurate with the percentage of increase of pay of High Court Judges.

Pension at 50% of last drawn pay worked out on the basis of proposed revised pay scales is recommended w. e. f. 1-1-2016. The family pension will be 30% of the last drawn pay. Additional quantum of pension to commence on completing the age of 75 years (instead of 80 years) and percentages at various stages thereafter are increased.

The existing ceiling of retirement gratuity and death gratuity to be increased by 25% when the DA reaches 50%.

Nodal officers to be nominated by the District Judges to assist the pensioners/family pensioners.

Recommendation has been made to discontinue the New Pension Scheme (NPS) which is being applied to those entering service during or after 2004. The old pension system, which is more beneficial to be revived