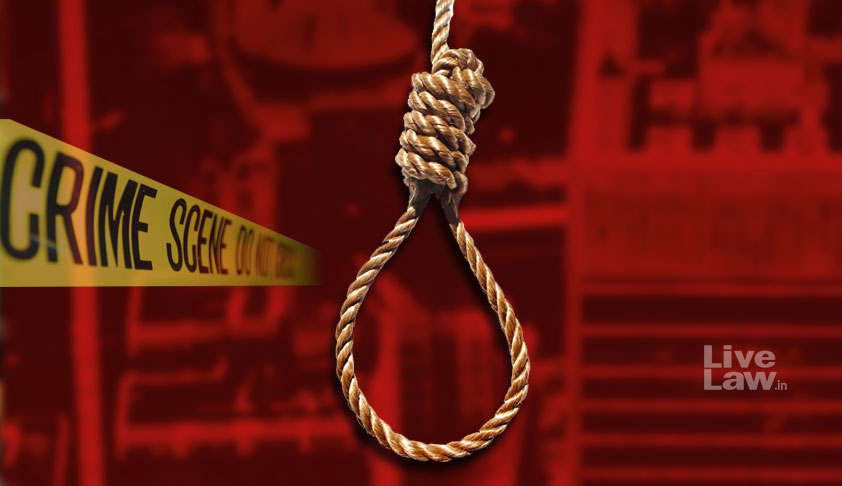 The Supreme Court on Tuesday stayed an Allahabad High Court judgment awarding death penalty to a 31-year-old man convicted of raping and murdering a 12-year-old girl. The order passed by a Bench comprising Justice L. Nageswara Rao and Justice Sanjay Kishan Kaul read: "Leave granted. There shall be a stay of the execution of the death sentence awarded to the petitioner." Additional...

The Supreme Court on Tuesday stayed an Allahabad High Court judgment awarding death penalty to a 31-year-old man convicted of raping and murdering a 12-year-old girl.

There shall be a stay of the execution of the death sentence awarded to the petitioner."

Additional Sessions Judge, Lucknow had awarded death penalty to the appellant, Putai, and had penalised his co-accused, Dileep with life imprisonment.

According to the FIR lodged by the girl's father, she went out on the evening of September 4, 2012, to relieve herself but did not return. Her father and others launched a search but in vain. Her disrobed body was found in a field the next day, following which her father lodged an FIR against unknown persons.

After police investigation, Putai and Dileep were charged with offences under Sections 376(2)(G) (gang-rape), 302 (murder) and 201 (causing the disappearance of evidence of offence, or giving false information to screen offender) of the Indian Penal Code.

Putai was awarded death penalty after the trial judge noted that he was the one who killed her and also inflicted ante-mortem injuries on her. The two convicts had now challenged their conviction inter alia asserting that the prosecution case was based on circumstantial evidence.

The high court had, however, opined that the prosecution had proved the case beyond doubt and that the trial court had rightly held them guilty.

As for the death sentence awarded to Putai, the court had opined that he did not deserve any sympathy, owing to the brutality involved in the case. It had observed, "The postmortem report of the girl clearly shows as to how brutally the victim was subjected to forceful rape and thereafter killed by strangulation. The manner in which the crime has been committed reflects the mental condition of the appellants that they, in order to satisfy their lust, committed rape on a minor girl and thereafter killed her and also tried to conceal the evidence by throwing her body to a nearby field after brutally killing her.

The injuries found on the body of the deceased girl also reflect the manner in which she was subjected to forceful rape and one can imagine as to how much pain she must have suffered during the commission of crime by the appellants. In these circumstances, the appellant Putai, who is the main accused, who committed murder after raping the minor girl, does not deserve any sympathy by this Court."

The court had further asserted that there was neither any possibility of him being reformed nor any mitigating circumstances involved. Ruling that the case fell in the "rarest of rare category", it had observed,

"The crime like one before us, cannot be looked with giving any sympathy to the appellants. The factors like the age of the accused and poor background cannot be said to be the mitigating circumstances. We do not find any justification to convert the death sentence imposed by the learned trial court to life imprisonment for the rest of the life.

The gruesome offence was committed with brutality. The accused may not be hardened criminal and may not have any previous criminal antecedents, but the manner, in which, he has committed the crime, brings his case into rarest of rare cases."