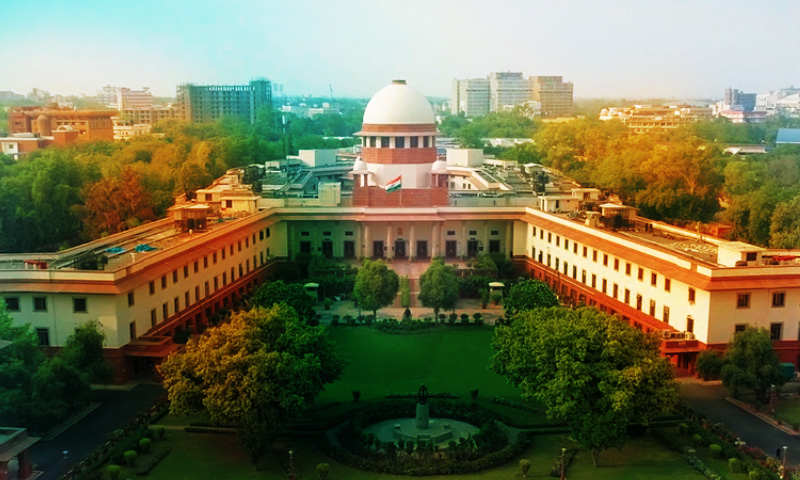 The Supreme Court on Wednesday stayed the operation of a Kerala High Court judgement which had restrained V. Vijayakumar from functioning as the Presiding Officer of the Central Government Industrial Tribunal-cum-Labour Court, Ernakulam. A Bench comprising of Justices L. Nageswara Rao, Hemant Gupta and S. Ravindra Bhat issued notice in the plea while hearing a batch...

The Supreme Court on Wednesday stayed the operation of a Kerala High Court judgement which had restrained V. Vijayakumar from functioning as the Presiding Officer of the Central Government Industrial Tribunal-cum-Labour Court, Ernakulam.

A Bench comprising of Justices L. Nageswara Rao, Hemant Gupta and S. Ravindra Bhat issued notice in the plea while hearing a batch of petitions concerning appointments to Tribunals and the challenge to the constitutionality of the Tribunal Rules, 2020.

A stay of the impugned Kerala High Court judgement has been ordered in the meanwhile.

Senior Advocate V. Chitambaresh, appearing on behalf of Vijayakumar, had submitted to the Bench that the 2019 Supreme Court decision had been wrongly interpreted by the Division Bench of the Kerala High Court.

Further, it was contended by Chitambaresh that the interim order of the Supreme Court which had directed for appointments to be regulated under the parent Act, during the interim period between the striking down of the 2017 Rules and the promulgation of new Rules, had been modified later and the appointments were now to be governed by the advertisement issued for the posts.

The Bench took note of the same and proceeded to issue notice in the Special Leave Petition, which was filed through Advocate Lakshmeesh S Kamath and stayed the Kerala High Court judgement.


On 19th May, 2020, a Division Bench of the Kerala High Court comprising of Chief Justice S. Manikumar and Justice Shaji P. Chaly had observed that Vijayakumar was not qualified to hold the post of the Presiding Officer of the Central Industrial-cum-Labour Court, Ernakulam and allowed the writ of quo warranto whereby directions were given to terminate his services. Therefore, the order passed by the Ministry of Labour and Employment, appointing Vijayakumar for a period of 5 years was set aside.

The impugned order had stated that the appointment would be regulated in terms of the 2017 Rules and would be subject to the final outcome of petitions before the Supreme Court wherein the Rules had been challenged.

It was observed by the Court that in the case of Rojer Mathew v. South Indian Bank Ltd. & Ors, the 2017 Rules which had been formulated under Section 184 of the Finance Act, 2017, had been struck down in entirety. Further, it had been directed in Rojer Mathew that the appointments to the Tribunal/Appellate Tribunal would in terms of the respective statutes before the enactment of the Finance Bill, 2017.

This, according to the Kerala High Court, meant that Section 7(3) of the Industrial Disputes Act, 1947, would apply. However, it was observed that it was an admitted fact that Vijayakumar was not qualified as per Section 7(3). Further, during the pendency of the case, the Central Government had promulgated Tribunal Rules, 2020.

In Tribunal Rules, 2020, Rule 4 prescribes the method of recruitment. The Court noted that a reading of the Rules would lead to the explicit observation that "until and unless the Presiding Officer is having requisite qualification in accordance with Rules, 2020, he is not entitled to continue in service. If that be so, the 2nd Respondent who was not qualified as per Act 1947 as it stood before amendment Act 2017, was not entitled to continue in service in accordance with the interim order passed by the Apex Court on the disposal of the writ petitions, as is specified above".

Therefore, relying upon the Rojer Mathew case, the High Court held that Vijayakumar was not entitled to take the support of Rule 4(4), because as per the interim orders, he was not qualified for appointment under the parent Act, i.e Industrial Disputes Act.

Accordingly, the High Court, taking into account the legal and factual situations, had directed for the termination of Vijayakumar's services.