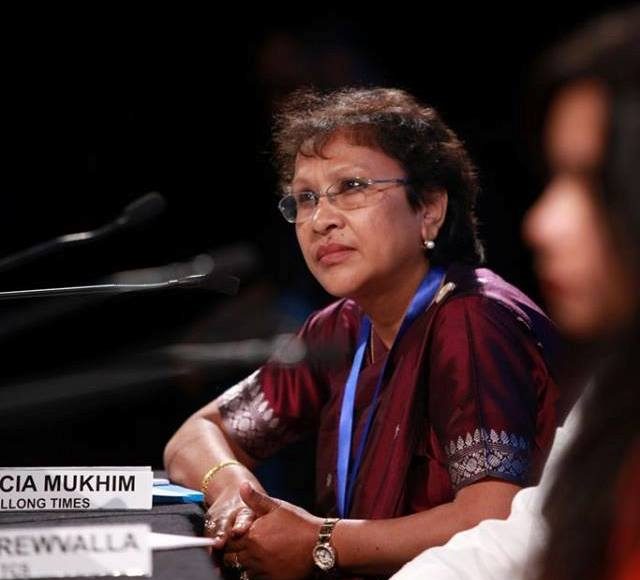 The Supreme Court today stayed the judgment passed by Meghalaya High Court which had held Shillong Times's editor Patricia Mukhim and publisher Shobha Chaudhuri guilty of contempt of court and sentenced them to pay fine of Rs. 2 lakhs.

The CJI-led bench also issued notice to the Registrar General of the High Court on the Special Leave Petition filed by the journalists against the HC order. Advocates Vrinda Grover and K Paul appeared for Mukhim and Chaudhuri in the SC.

On March 8, the High Court Division Bench of Chief Justice Mohammed Yakoob Mir and Justice S R Sen had passed the order in a suo moto contempt case taken against the journalists.

What provoked the court was an article published in the "Shillong Times" under the caption "When Judges judge for themselves", which had criticised the series of orders passed by Justice Sen in suo moto proceedings for enhancing the retiral benefits of judges. By directing the state government to consider enhancing the retiral benefits of judges when his own retirement was imminent, Justice Sen was judging his own case, the article had suggested. The article compared Justice Sen's orders with an earlier order passed by a division bench of Meghalaya HC asking for Z plus security to be given to judges, which was later set aside by the Supreme Court.

Perturbed by the article, Justice Sen wrote in the March 8 order: "We would like to ask whether the contemnor, Smti. Patricia Mukhim wants to control the judiciary as per her desire and will?If it is so, she is very much wrong."

"Sit in the corner of the Court room till the rising of the Court and pay a fine of Rupees Two Lakhs", ordered the Court.

If the payment of fine is defaulted, the Court added that the 'journalists will have to undergo six months simple imprisonment and the paper so called "Shillong Times" will automatically come to an end (banned)'.

In the petition in SC, the Mukhim and Chaudhuri state that the report was a "fair and accurate reporting" of court proceedings. They also contend that the order suffered from "manifest perversity" and that the sentence passed was "manifestly arbitrary", as the fine of Rupees 2 lakhs exceeded the maximum sentence of fine of Rs.2000 imposable under Section 12 of the Contempt of Courts Act. They further allege that proper procedure was not followed while passing the order. The notice served on them was for civil contempt; however criminal contempt action was taken against them, they contend.