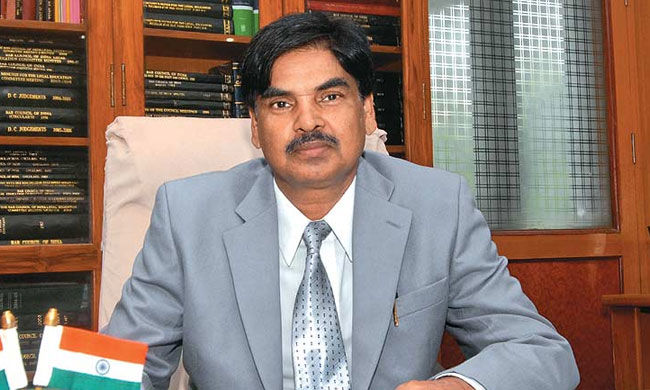 The Bar Council of India Chairman vide a press release on Saturday stated that the Supreme Court has been under attack by a "synchronised" & "sustained" conspiracy to weaken & browbeat the institution.

The press release signed under the hand of its Chairman, Mr. Manan Kumar Mishra states that a concerted attack by some "disgruntled senior advocates" and former judges has been brought to the fore via "social media, electronic media and print media to castigate and scandalise judiciary by imputing baseless motives on the Supreme Court judges" even though they know that Judges are bound by strictures that do not allow defending themselves.

"They are in virtual competition with each other in hurling the choicest of derogatory and indecent words to denigrate the Supreme court. they know that Supreme Court Judges are under compulsion to remain with the Lakshman Rekha and are unable to come out and defend themselves. It is because of this reason that the Bar has to come forward to save the institution." - Press Release

The BCI Chairman said that the recent comments by former Supreme Court Judge Madan B. Lokur  were "idle talk" against the institution of the Top Court,  undermining the authority of judiciary as a whole.

"We have heard Justice Lokur giving sermons that no-one from the Bench and the Bar should ever indulge in act that would shake the faith of the public in judiciary. Now, he himself become part of these misguided group of people is a mind-boggling departure by him of his own much hyped principles"  - Press Release

Further, it states that this action is even more reprehensible since the Supreme Court is seized of the Migrant's issue and "purported intellectuals" are running an agenda of influencing the Court to "defame" the Government.

Apropos this, it avers that the Senior Advocate who had recently made remarks against the Apex Court citing lack of pro-activeness and non-invocation of Article 14 of the Constitution must "carefully read Article 14 of the the Constitution along with the provisions and bye-laws of the Supreme Court Bar Association Rules before suspending the elected Secretary of the SCBA. Before reminding the Judges of anything, one should be mindful of his own deeds and misdeeds, states the BCI.

Additionally, the BCI states the recent contempt case initiated by the Andhra Pradesh HC against political leaders for abusive comments against judges on social media were "justified" and "in defiance of the Court".

The Chairman states that the people "know everything" and that the people who are aiming to "disgrace, defame and lower the reputation of the Supreme Court" must not indulge in such "mischief".

"The statements by these few Advocates and Mr. Justice Lokur impute derogatory and defamatory allegations against the Supreme Court of India which aims to disgrace, defame and lower the reputation of the Supreme Court. Bar totally disapproves and deprecates such act."