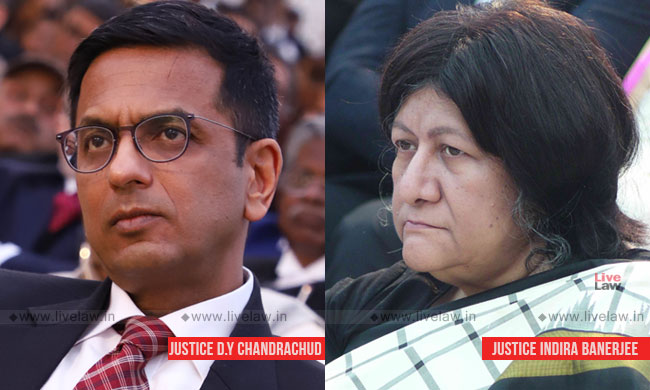 The Supreme Court, while upholding dismissal of police constable, reiterated that order of dismissal can be passed even if the delinquent official had been acquitted of the criminal charge.Heem Singh, was appointed as a Constable in the police service of Rajasthan in 1992. In August 2002, he was named in an FIR in a murder case and later a charge sheet was filed under Sections...

The Supreme Court, while upholding dismissal of police constable, reiterated that order of dismissal can be passed even if the delinquent official had been acquitted of the criminal charge.

Heem Singh, was appointed as a Constable in the police service of Rajasthan in 1992. In August 2002, he was named in an FIR in a murder case and later a charge sheet was filed under Sections 302, 201 and 120B. During the pendency of the criminal trial, a memorandum was issued to him followed by a charge-sheet, convening disciplinary proceedings under the provisions of Rule 16 of the Rajasthan Civil Services (Classification, Control and Appeal) Rules 1958. Sessions Court acquitted him and the co-accused, giving them the benefit of doubt. The disciplinary enquiry on the charge of murder proceeded with much the same evidence. It finally concluded that conclusion that though he had been given the benefit of doubt in the criminal trial, the charges against him stood established. He was thus dismissed from service.

Though the single bench of the Rajasthan High Court dismissed his writ petition challenging the dismissal order, the division bench directed his reinstatement in service with consequential benefits but without back-wages.

In appeal filed by the state against the High court order, the bench comprising Justices DY Chandrachud and Indira Banerjee noted thus:

"Whether on the basis of the evidence, the respondent could have been implicated in the conspiracy to commit murder of Bhanwar Singh is one aspect of the matter. Evidently direct evidence to sustain a charge of conspiracy is difficult to come by even in the course of a criminal trial. Quite independent of this is the issue whether the connection of the respondent with the circumstances leading to the death of Bhanwar Singh affected his ability to continue in the State police force without affecting its integrity and reputation. The latter aspect is the one on which the judgment of the Division Bench is found to be deficient in its reasoning."

The court also made the following observations regarding the scope of the power of judicial review of departmental enquiry by re-appreciating the evidence. It said:

In exercising judicial review in disciplinary matters, there are two ends of the spectrum. The first embodies a rule of restraint. The second defines when interference is permissible. The rule of restraint constricts the ambit of judicial review. This is for a valid reason. The determination of whether a misconduct has been committed lies primarily within the domain of the disciplinary authority. The judge does not assume the mantle of the disciplinary authority. Nor does the judge wear the hat of an employer. Deference to a finding of fact by the disciplinary authority is a recognition of the idea that it is the employer who is responsible for the efficient conduct of their service. Disciplinary enquiries have to abide by the rules of natural justice. But they are not governed by strict rules of evidence which apply to judicial proceedings. The standard of proof is hence not the strict standard which governs a criminal trial, of proof beyond reasonable doubt, but a civil standard governed by a preponderance of probabilities. Within the rule of preponderance, there are varying approaches based on context and subject. The first end of the spectrum is founded on deference and autonomy – deference to the position of the disciplinary authority as a fact finding authority and autonomy of the employer in maintaining discipline and efficiency of the service. At the other end of the spectrum is the principle that the court has the jurisdiction to interfere when the findings in the enquiry are based on no evidence or when they suffer from perversity. A failure to consider vital evidence is an incident of what the law regards as a perverse determination of fact. Proportionality is an entrenched feature of our jurisprudence. Service jurisprudence has recognized it for long years in allowing for the authority of the court to interfere when the finding or the penalty are disproportionate to the weight of the evidence or misconduct. Judicial craft lies in maintaining a steady sail between the banks of these two shores which have been termed as the two ends of the spectrum. Judges do not rest with a mere recitation of the hands-off mantra when they exercise judicial review. To determine whether the finding in a disciplinary enquiry is based on some evidence an initial or threshold level of scrutiny is undertaken. That is to satisfy the conscience of the court that there is some evidence to support the charge of misconduct and to guard against perversity. But this does not allow the court to re-appreciate evidentiary findings in a disciplinary enquiry or to substitute a view which appears to the judge to be more appropriate. To do so would offend the first principle which has been outlined above. The ultimate guide is the exercise of robust common sense without which the judges' craft is in vain.

The court noted that in Southern Railway Officers Association v. Union of India, it has been held that an order of dismissal can be passed even if the delinquent official had been acquitted of the criminal charge. Also, the Court noted that, Inspector General of Police v. S. Samuthiram, it was held that unless the accused has an "honorable acquittal" in their criminal trial, as opposed to an acquittal due to witnesses turning hostile or for technical reasons, the acquittal shall not affect the decision in the disciplinary proceedings and lead to automatic reinstatement.

In the present case, we have an acquittal in a criminal trial on a charge of murder. The judgment of the Sessions Court is a reflection of the vagaries of the administration of criminal justice. The judgment contains a litany of hostile witnesses, and of the star witness resiling from his statements. Our precedents indicate that acquittal in a criminal trial in such circumstances does not conclude a disciplinary enquiry...

In the present case, the respondent was acquitted of the charge of murder. The circumstances in which the trial led to an acquittal have been elucidated in detail above. The verdict of the criminal trial did not conclude the disciplinary enquiry. The disciplinary enquiry was not governed by proof beyond reasonable doubt or by the rules of evidence which governed the criminal trial. True, even on the more relaxed standard which governs a disciplinary enquiry, evidence of the involvement of the respondent in a conspiracy involving the death of Bhanwar Singh would be difficult to prove. But there are, as we have seen earlier, circumstances emerging from the record of the disciplinary proceedings which bring legitimacy to the contention of the State that to reinstate such an employee back in service will erode the credibility of and public confidence in the image of the police force.

Allowing the appeal, the bench set aside the reinstatement ordered by the High Court, but directed (invoking Article 142) that the cessation from service will notionally take place on him completing minimum qualifying service.