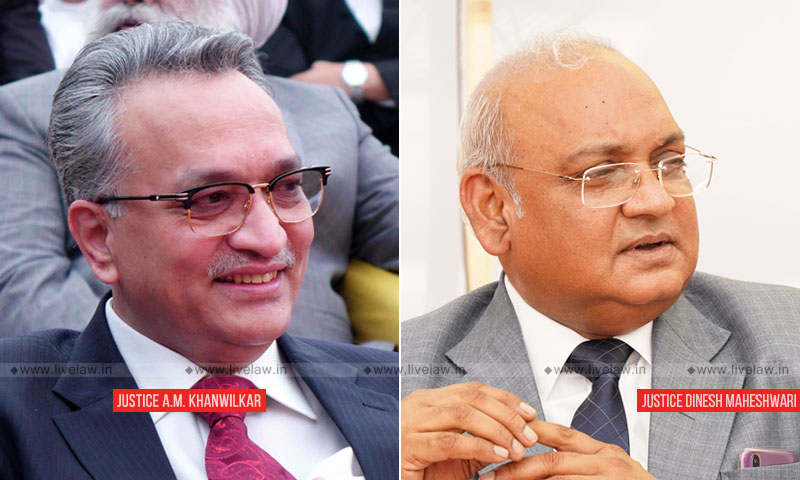 In a significant ruling, the Supreme Court on Friday upheld the constitutional validity of Rule 135 of the RAW (Recruitment, Cadre and Services) Rules, 1975, which gives power to the Central government to voluntary retire RAW Officers whose identity is exposed or compromised. A bench of Justice AM Khanwilkar and Justice Dinesh Maheshwari passed the order while hearing an appeal filed...

In a significant ruling, the Supreme Court on Friday upheld the constitutional validity of Rule 135 of the RAW (Recruitment, Cadre and Services) Rules, 1975, which gives power to the Central government to voluntary retire RAW Officers whose identity is exposed or compromised.

A bench of Justice AM Khanwilkar and Justice Dinesh Maheshwari passed the order while hearing an appeal filed by an ex-female employee of RAW, who had been compulsorily retired after she made allegations of sexual harassment against two senior officials of RAW.

The Petitioner had alleged that the Respondents had acted in a mala fide manner and the invocation of Rule 135 was an act of victimisation due to her refusal to accede to the illegitimate demands of her superiors.

She further submitted that Rule 135 itself should be struck off for being "vague".

With respect to the first allegation of malafides, the court held that it could not address the issue for non-joinder of necessary parties.

With respect to the other contention regarding validity of Rule 135, the bench held that the Rule is necessary to ensure safety of the organization as well as the employee whose identity has been exposed.

"Exposure of an intelligence officer could be hazardous not only for the Organisation but also for the officer concerned," the bench remarked.

Dispelling the argument that the Rule is vague, the court held that an employee working in the organization is certainly conscious of what constitutes "exposure of identity" and hence, there is no inherent vagueness in the impugned provision.

"In Indian constitutional jurisprudence, a duly enacted law cannot be struck down on the mere ground of vagueness unless such vagueness transcends in the realm of arbitrariness… challenge to Rule 135 on the ground of vagueness, 14 (1969) 1 SCC 475 35 could only be sustained if the Rule does not provide a person of ordinary intelligence with a reasonable opportunity to know the scope of the sphere in which the Rule would operate…A member working in the Organisation would certainly be aware of the transnational repercussions emerging from the exposure of the identity of an intelligence officer. Thus, there is no inherent vagueness or arbitrariness in the usage of above expressions so as to attach the vice of unconstitutionality to the Rule," it held.

On the issue of "non-prescription" of inquiry under Rule 135 before making the order of compulsory retirement, the Supreme Court held that the same does not go against the constitutionality of the Rule. It explained,

"The mandatory determination of what amounts to an exposure or what renders an employee unemployable due to reasons of security under Rule 135, is both a pre-condition and safeguard, and incorporates within its fold the subjective satisfaction of the competent authority in that regard. In order to reach its own satisfaction, the authority is free to seek information from its own sources."

As regards the allegations of sexual harassment, the Supreme Court recorded a finding that case was "improperly handled" and there was "denial of timely inquiry", thus subjecting the Petitioner to "insensitive and undignified circumstances".

Pertinently, RAW responded to the Petitioner's case by constituting a Complaints Committee in accordance with the guidelines laid down in Vishaka and Others v. State of Rajasthan and Others, after almost three months.

"The petitioner's complaints of sexual harassment were met with incidents showcasing procedural ignorance and casual attitude of her seniors in the department… The factual matrix of the present case is replete with lack of sensitivity on the part of Secretary (R) qua the complaint of sexual harassment. To wit, time taken to process the stated complaint and improper constitution of the first Complaints Committee (intended or unintended) in violation of the Vishaka Guidelines, constitute an appalling conglomeration of undignified treatment and violation of the fundamental rights of the petitioner, more particularly Articles 14 and 21 of the Constitution," the bench observed.

It thus ordered the Respondent, i.e. Union of India, to pay compensation worth Rs.1,00,000/-­ to the Petitioner for violation of her fundamental rights to life and dignity.

In this case, the bench also made certain significant observations with regard to the procedure of handling complaints of sexual harassment.

The Petitioner had contended that the Rules do not provide for sufficient participation to the victim of sexual harassment during the inquiry.

Dispelling this argument, the Supreme Court observed that the Petitioner seemed to have confused between "two separate inquiries conducted under two separate dispensations as one cohesive process".

It remarked, "legal machinery to deal with the complaints of sexual harassment at workplace is well delineated by the enactment of The Sexual Harassment of Women at Workplace Act, 2013 and the Rules framed thereunder."

The court explained that an inquiry is conducted under the above Act of 2013 is a separate inquiry of a "fact-finding nature". Post the conduct of a fact-finding inquiry, it explained, the matter goes before the department for a departmental inquiry under the relevant departmental rules and accordingly, action follows. It is in these departmental proceedings that the participation of the victim is restricted.

Elaborating on this aspect the court added,

"The said departmental inquiry is in the nature of an in-house mechanism wherein the participants are restricted and concerns of locus are strict and precise. The ambit of such inquiry is strictly confined between the delinquent employee and the concerned department having due regard to confidentiality of the procedure. The two inquiries cannot be mixed up with each other."

In conclusion, the court held,