Central Info Commissioner Should Have The Status Of Chief Election Commissioner; Do Not Select Bureaucrats Only For The Post: SC 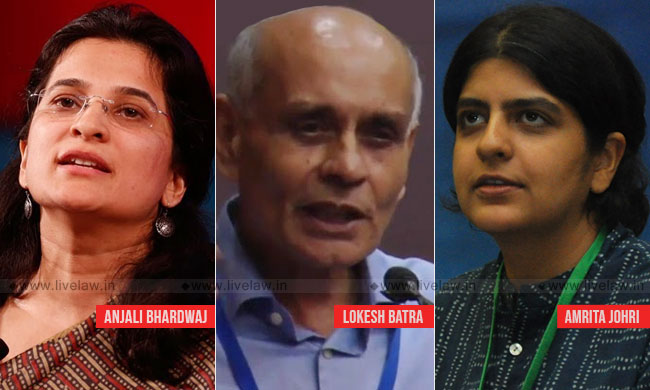 The Supreme Court today issued a slew of directives regarding the filling up of vacancies in Central and State Information Commissions under Right To Information Act.

The key directions passed by the bench of Justices A K Sikri and Abdul Nazeer are :

The directions were passed in a petition filed by RTI Activists Anjali Bhardwaj, Commodore Lokesh Batra and Amrit Johri seeking expeditious filing up of vacancies in Information Commissions. Their petition claimed that over 23,500 appeals and complaints are pending with the CIC. In the petition, they also said the SIC of Andhra Pradesh was "completely non-functional" as not a single information commissioner has been appointed to the panel. The RTI activists had said the West Bengal SIC was functioning with only two commissioners and was hearing appeals and complaints filed 10 years ago.

The plea stated that several information commissions like that of Gujarat and Maharashtra were functioning without the chief information commissioner, even though the RTI Act envisages a crucial role for this post on which the administration and superintendence of the commission is vested. It claimed that the Centre and the state governments have "attempted to stifle" the functioning of the RTI Act by failing to do their statutory duty of ensuring appointment of commissioners in the CIC and SIC in a timely manner.

The Supreme Court on December 13 had asked the Centre and states to maintain transparency in appointments of Chief Information Commissioner and Information Commissioners and upload the details of search committees and applicants on the website. The Centre told the top court that the search committee has shortlisted names for the post of CIC and a final decision will be taken soon.

Additional Solicitor General Pinky Anand, appearing for the Centre had informed the court that total of 65 applications have come for the post CIC and 280 applications have been received for the post of four ICs in the Central Information Commission. She said that after these posts are filled up, notification will be issued for inviting applications for remaining posts of ICs.

On July 27, the apex court had expressed concern over vacancies at the CIC and SIC and directed the Centre and seven states to file an affidavit giving a time schedule for filling up the positions. Expressing concern over pendency of cases in the SICs, the court had also asked seven states --Maharashtra, Andhra Pradesh, Telangana, Gujarat, Kerala, Odisha and Karnataka -- to file an affidavit giving a time frame for filling up the vacant posts. It had said "strict view" will be taken if Centre or states default in filing the affidavit within four weeks.