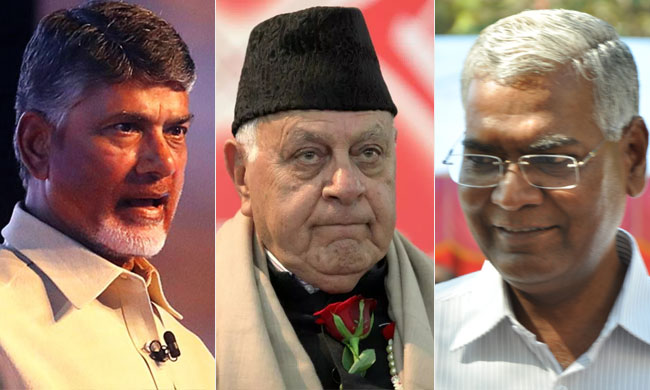 The Supreme Court on Tuesday refused to review its order of April 8 raising the VVPAT physical verification from 1 to 5 EVMs in each assembly segment of a parliamentary constituency.

"We had prayed for 50% (manual verification of the paper trail)...Your Lordships agreed with us on principle, but the order is only to the extent of 2%...we would be happy with even 25 or 33%...", submitted Senior Advocate Abhishek Manu Singhvi on behalf of the petitioners being the leaders of 21 opposition parties.

As Dr. Singhvi emphasised on the importance of the verification in enhancing the confidence of the public in the electoral process, Senior Counsel Kapil Sibal also sought to advance that the respondents have misrepresented facts before the bench.

However, the bench headed by Chief Justice Ranjan Gogoi was not inclined to modify the earlier order.

On April 8, the Court had partially allowed the original plea, by directing the Election Commission to increase random matching of VVPAT slips with EVMs to five polling booths from one per assembly segment in the ongoing general elections.

Three of the 21 petitioners - TDP leader & Andra Pradesh CM Chandrababu Naidu, National Conference leader & former J & K CM Farookh Abdullah and CPI leader D Raja- were present in the Court for the case, the proceedings of which got over in less than a minute.

Dr A M Singhvi, counsel for the petitioners, had submitted that they were willing to settle for at least 33% verification.

The review of the April 8 order was sought saying that the "increase from 01 (one) to 05 (five) is not a 'reasonable number' and does not lead to the satisfaction desired by this court".

The Election Commission had cited logistical issues to oppose increasing the verification percentage, and said that it could delay poll results.

The plea, which has been filed after the conclusion of third phase of polls, said: "The petitioners submit that the aforesaid increase to a mere 2 per cent is not sufficient and will not make any substantial difference to the situation that existed prior to the passing of the impugned order."

The petition was originally filed challenging the decision of ECI to verify VVPAT of only one randomly selected booth of a constituency. The petitioners say that this will account only for 0.44% of the votes polled. This guideline defeats the entire purpose of VVPAT and makes the same "ornamental" without actual substance, they state.

The petition referred to the decision in Dr. Subramanian Swamy v ECI (2013) 10 SCC 500 which held that VVPAT is an "indispensable requirement of free and fair elections". To give meaningful effect to this judgment, at least 50% of VVPAT should be verified.