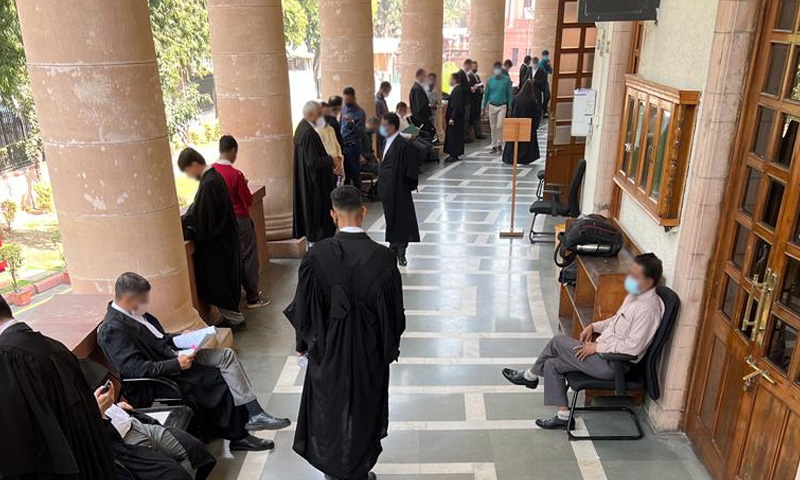 The application contends that SCAORA, with 1700+ Advocates-on-Record, becomes a necessary party in the plea to ensure that no outcome of the instant Petition results in any prejudice for practicing AoRs and that their interests are protected by an Association exclusively answerable to them.

During one of the previous hearings, Attorney General R Venakataramani asked for some time to have a discussion with the concerned officials and thereafter give a response.

It is the SCAORA's view that there's an immediate requirement for new chamber blocks for regular practicing advocates before the Supreme Court.

In August 2022, SCAORA wrote a written protest to the then Chief Justice of India for allocating three chambers to the Bar Council of India without consultation, especially when the BCI has its state-of-the-art building, just 10 minutes away from the Supreme Court.

"The said allotment undermined the interest of the Petitioner and Applicant members who are waiting for years to have a chamber in the Supreme Court of India”, the application stated.

The space sought to be utilized for creating new chamber blocks is one of the first steps to resolving the issue of space crunch for lawyers practicing before the Supreme Court, the application vehemently contended. It added that the non-creation of chamber blocks would result in no chamber allotment to eligible members, which is a violation of the fundamental rights of the members—Article 14, 19(1)(g) and Article 21 of the Constitution of India.

"It is submitted that the space crunch is a practical difficulty and the solution to which is to be adjudicated in the present writ petition. The space which is sought be declared to be utilized for creating chamber blocks is one of the first steps to resolve this critical issue."

The plea was drawn by Advocate Sachin Sharma.