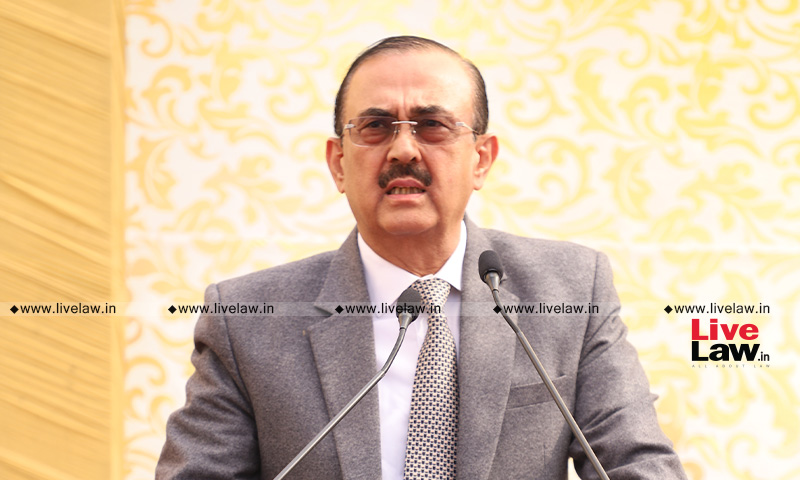 While delivering his address at the 75th Independence Day celebrations at the Supreme Court premises, on Monday, President of the Supreme Court Bar Association, Mr. Vikas Singh once again raised the issue of High Court Collegiums not considering the lawyers practising in the Supreme Court for elevation as judges.

Mr. Singh stated that though initially an admirer of the collegium system of appointment of judges, now he is disheartened by 'the way it has worked out'. It was asserted that the tendency of the collegium, especially in the High Courts is to appoint 'people they know', rather than 'trying to find the best names'. He regretted that he is in his third term as the President of the SCBA and his efforts to get Supreme Court lawyers elevated has come to a complete standstill because, he added, there is a lack of interest in appointing 'good names'. He also highlighted that even when once in a while a member of the Supreme Court Bar is elevated it is because one or more of the collegium members try to push their candidature. In no unclear terms he stated that it was an unhealthy practice and needed urgent reform. Mr. Singh indicated that the power to appoint judges comes with the responsibility to find the best candidates and not merely appoint those who are known to the collegium members. He also noted that if the best candidates are not interested in joining the service, then it is incumbent upon the collegium members to request and goad them into joining the institution because if the quality of judges goes down, justice delivery will suffer immensely. He added -

"When a good judge takes over a roster, the pendency of the particular roster goes away overnight."

From the same stage, responding to Mr. Singh's remarks, CJI N.V. Ramana stated that Mr. Singh had raised the concern with respect to appointment of judges on several occasions which had been answered by him. Refusing to elaborate on the issue, he congratulated Mr. Singh and his team for raising concerns of the Bar members before the CJI from time to time -

"You are all constitutional lawyers, you know the procedure of appointment of judges and on several occasion he (President of SCBA, Mr. Vikas Singh) raised the similar issue and I had answered. I do not want to elaborate on that. I appreciate his and his teams commitment and stubbornness. He is successful in most of the demands. I congratulate him more successes in his tenure. My brother Justice Lalit is going to take care of the issues which he is going to raise henceforth", CJI Ramana said.

On April 29, in a function organized by the SCBA, Mr.Singh had urged the High Court Chief Justices to consider Supreme Court lawyers as well for elevation.

Concerns about criminal record of legislators

Mr. Singh also flagged the issue of criminalization of politics.

Mr. Singh reckoned that as our young and vibrant democracy is completing its 75 years it is the appropriate time to course-correct and according to him the best way to do that would be to put oneself in the shoes of the founding fathers and imagine if they would appreciate the progress made in meeting their vision.

It was noted that Dr. Ambedkar had later regretted not providing qualification for legislators. Even the Constituent Assembly Debates reflect that it was felt that there was no need for any such qualification. However, he pointed out that even after 75 years of independence, 43% of the legislators having a record of criminal antecedents is a significant red flag. He talked about the importance of bringing in an amendment. Acknowledging the fact that an individual political party cannot bring about the reform in this regard, he beseeched the Law Minister, Mr. Kiren Rijiju, also present at the ceremony, to give a thoughtful consideration to the issue, so that a better Parliament is in place. It was emphasised that the justice delivery will ultimately benefit from a better law making body.