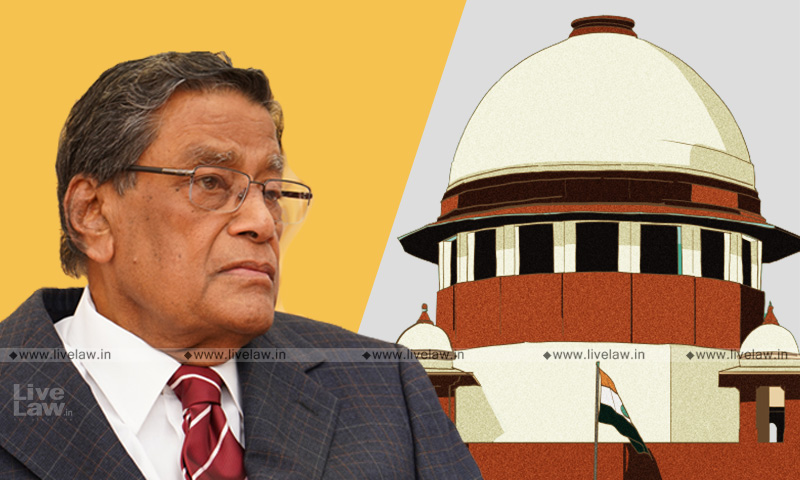 The Supreme Court Constitution Bench, comprising Chief Justice of India UU Lalit, Justices Dinesh Maheshwari, S Ravindra Bhat, Bela M Trivedi and JB Pardiwala, on Tuesday, continued hearings on the cases challenging the constitutional validity of reservation for Economically Weaker Sections. The petitioners concluded their arguments in today's proceedings. Meanwhile, the Attorney General for India, K.K. Venugopal, appearing for the Union of India, commenced his arguments and stated that SCs and STs had been "loaded with benefits" by way of affirmative actions. He added that these groups were highly unequal and in tremendous position so far as reservations were concerned.

"In the normal course, unless they show that this amendment has affected them directly, it will not be accepted...Among the general category there is a section which is grossly poor, that is, the Economically Weaker Section. Why is this 50% limit being fixed? The reason is that if you exceed this 50%, the result will be that the general category will be restricted more and more. In Tamil Nadu, 69% is the total reservation. So now general category, which has a large population, gets less."

On being asked by the bench if he had data on the percentage of the Economically Weaker Sections' population within the open or the general category, AG Venugopal submitted–

Justice Bhat enquired if the said numbers were based upon a census of 2011 and when the AG answered in an affirmative, Justice Bhat opined that the numbers can only be understood as an estimate as the census relied upon was 11 years old and not updated. To this, the AG said–

"So far as Niti Aayog is concerned, I don't believe they'll exaggerate poverty level of the country. But your lordship, this 350 million is approximate."

"So we have poor people in all the four segments- SCs, STs, OBCs and General. What is the effect of 10% being there? It doesn't affect the 50% limit because the 50% was there only for balance. Suppose they decided that we will give 60% or 70% or 80%? The effect would then be that meritorious people will be deprived from seats in institutions and jobs. So I would now conclude that there exists two compartments so far as reservations are concerned. One is backward classes, which is limited to 50%. The other is a class which is also 50%, that is the general category. The benefit given so far as the general category is concerned, it is being given to the weaker section."

Adding to the point of the additional 10% being independent of existing reservations, he stated–

"This reservation is a new evolution, totally independent of reservations for STs, SCs and OBCs. It doesn't erode their rights. This is independent of the 50%. The question of it exceeding the limit of 50% and hence violating the basic structure doesn't arise. Unless you put forward a ground of discrimination and violation of Article 14 on the ground that the EWS in 15(4) category is similar to EWS in the general category, the question of any special benefit being given to EWS in general category cannot arise. They're now seeking further reservations within the reservations already given. The question is whether this is permissible."

Continuing his arguments, AG submitted that the question of discrimination could not arise as backward classes (SCs, STs and OBCs) were not "equal" to forward classes or the general category as the two were not similarly placed owing to the additional benefits granted to backward classes. He stated–

"Further question is are they (backward classes) equal in all aspects to the EWS in general category? The question of discrimination will arise between two classes that are similarly placed. Look at the benefits that SCs and STs are given. Article 16(4a) shows that SCs and STs are being given a special provision by way of promotions, Article 243D provides them for reservation in panchayat, they have reservations in municipalities, Article 330 provides them reservations in the House of people and Article 332 provides them reservation in the legislative assembly. If all these benefits are given to them by way of a fact that they're backward then would they give up on this for the purpose of claiming equality? EWS have been given for the first time. On the other hand, so far as the SCs and STs are concerned, they've been loaded with benefits by way of affirmative actions. They're highly unequal and in tremendous position so far as reservations are concerned. EWS cannot be segregated from a homogeneous group. They have far additional advantage given to them because of their status as backward classes. They're therefore not equal to general category. They're one homogeneous group which cannot be divided into EWS and rest."

This marked the end of arguments on the matter today. The arguments will be resumed tomorrow.