Even A Year After Sec.377 Verdict, Centre Has Not Acted On SC Direction To Give 'Wide Publicity' For Judgment 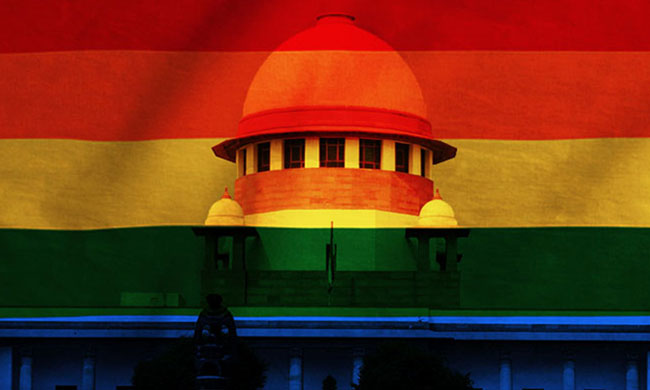 x
The SC had called upon the Centre to give wide publicity to the verdict at "regular intervals".

On the first anniversary of the historic judgment of the Supreme Court in Navtej Singh Johar case decriminalizing homosexuality, it is pertinent to ask if the Union Government has acted on the directions in the judgment for removing the stigma associated with sexual minorities.The judgment of Justice R F Nariman had called upon the Union Government to take measures to "eliminate the...

On the first anniversary of the historic judgment of the Supreme Court in Navtej Singh Johar case decriminalizing homosexuality, it is pertinent to ask if the Union Government has acted on the directions in the judgment for removing the stigma associated with sexual minorities.

The judgment of Justice R F Nariman had called upon the Union Government to take measures to "eliminate the stigma associated with sexual minorities".

"We are also of the view that the Union of India shall take all measures to ensure that this judgment is given wide publicity through the public media, which includes television, radio, print and online media at regular intervals, and initiate programs to reduce and finally eliminate the stigma associated with such persons", Justice Nariman directed in his judgment.

During the last one year, the Central Government was not seen giving "wide publicity" to the judgment at "regular intervals" through mass communication media. The Centre has also not given out any information through official medium regarding programs initiated by it to reduce and eliminate stigma associated with sexual minorities over the past one year.

Even on the occasion of first anniversary of the verdict, the Union Ministries, particularly the Ministries of Law & Justice and Social Justice & Empowerment, are maintaining silence on the topic.

Justice Nariman's judgment had added that " all government officials, including and in particular police officials, and other officers of the Union of India and the States, be given periodic sensitization and awareness training of the plight of such persons in the light of the observations contained in this judgment".

It is not clear if the Government has taken such measures for sensitization and awareness of officials. The judgment added this specific direction in view of the submissions made by petitioners in the case that Section 377 IPC was used a tool of harassment by police officials against homosexuals.

In this connection, it may be worthwhile to recall that the Union Government had taken a 'neutral' stand before the Court during the hearing of challenge against the colonial provision.

Without expressing anything on the validity of the provision penalizing homosexual acts, the Central Government had filed an affidavit in the matter stating that "it leaves the matter to the wisdom of the Court", much to the chagrin of the Court.

In his separate judgment, Justice D Y Chandrachud expressed disappointment over the Centre's lack of position in the matter.

"We would have appreciated a categorical statement of position by the government, setting out its views on the validity of Section 377 and on the correctness of Koushal. The ambivalence of the government does not obviate the necessity for a judgment on the issues raised. The challenge to the constitutional validity of Section 377 must squarely be addressed in this proceeding. That is plainly the duty of the Court. Constitutional issues are not decided on concession", Justice Chandrachud said in his judgment.

The Centre may have been playing it safe before the Court out of fear of hurting populist sentiments.

The directions in the judgment to publicize the verdict and initiate programs to sensitize public assume relevance were given taking note of the public ignorance on the issue.

When social prejudices against homosexuals are still strong, it is necessary that the SC judgment, which declared that homosexuality was not a mental disorder or a criminal behaviour, reaches the masses.