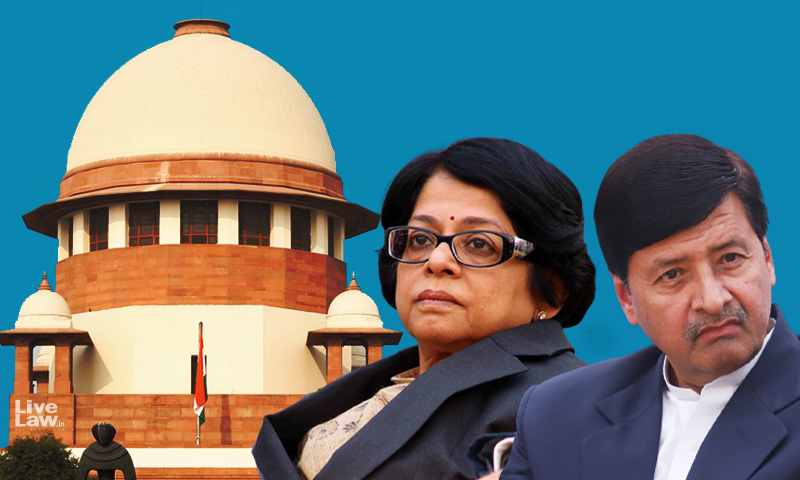 The period of limitation for filing the Petition under Section 34 of the Arbitration and Conciliation Act would commence from the date on which the signed copy of the award was made available to the parties, the Supreme Court has held.The bench comprising Justices Indu Malhotra and Ajay Rastogi observed that there can be no finality of the award, except after it is signed.In this case, a...

The period of limitation for filing the Petition under Section 34 of the Arbitration and Conciliation Act would commence from the date on which the signed copy of the award was made available to the parties, the Supreme Court has held.

The bench comprising Justices Indu Malhotra and Ajay Rastogi observed that there can be no finality of the award, except after it is signed.

In this case, a Petition was filed under Section 34  by Bijli Vitrain Nigam to challenge the arbitral award dated 27.04.2018 passed by a three-member tribunal (2:1) in favour of Navigant Technologies Pvt. Ltd.  This petition was dismissed by the Civil Court on the ground that the copy of the majority award i.e. signed by two of the three arbitrators was received on 27.04.2018, and u/S. 34(3), the objections had to be filed within 3 months, which would expire on 27.07.2018. Even if the benefit of 30 days had been granted to the applicants, the petition ought to have been filed by 26.08.2018, whereas the objections had been filed on 10.09.2018, the court had held. The High Court affirmed this order.

Perusing the proceedings of the Arbitral Tribunal, the bench noted that even though the award was pronounced on 27.04.2018, on 27.04.2018, only a copy of the award was provided to the parties, On 12.05.2018, the third arbitrator pronounced his dissenting opinion and the tribunal posted the matter to 19.05.2018,  On 19.05.2018, the signed copy of the award and the dissenting opinion, alongwith the original record, were handed over to the parties, as also to each of the arbitrators.

"There is only one date recognised by law i.e. the date on which a signed copy of the final award is received by the parties, from which the period of limitation for filing objections would start ticking. There can be no finality in the award, except after it is signed, because signing of the award gives legal effect and finality to the award. (xvii) The date on which the signed award is provided to the parties is a crucial date in arbitration proceedings under the Indian Arbitration and Conciliation Act, 1996. It is from this date that: (a) the period of 30 days' for filing an application under Section 33 for correction and interpretation of the award, or additional award may be filed; (b) the arbitral proceedings would terminate as provided by Section 32(1) of the Act; (c) the period of limitation for filing objections to the award under Section 34 commences.", the court said.

The court also added that, in an arbitral tribunal comprising of a panel of three members, if one of the members gives a dissenting opinion, it must be delivered contemporaneously on the same date as the final award, and not on a subsequent date, as the tribunal becomes functus officio upon the passing of the final award. The period for rendering the award and dissenting opinion must be within the period prescribed by Section 29A of the Act, it said. The following are some other observations made in the judgment:

Section 31 (1) is couched in mandatory terms, and provides that an arbitral award shall be made in writing and signed by all the members of the arbitral tribunal. If the arbitral tribunal comprises of more than one arbitrator, the award is made when the arbitrators acting together finally express their decision in writing, and is authenticated by their signatures An award takes legal effect only after it is signed by the arbitrators, which gives it authentication. There can be no finality of the award, except after it is signed, since signing of the award gives legal effect and validity to it. The making and delivery of the award are different stages of an arbitration proceeding. An award is made when it is authenticated by the person who makes it. The statute makes it obligatory for each of the members of the tribunal to sign the award, to make it a valid award. The usage of the term "shall" makes it a mandatory requirement. It is not merely a ministerial act, or an empty formality which can be dispensed with.

Relevance of a dissenting opinion

(a) The dissenting opinion of a minority arbitrator can be relied upon by the party seeking to set aside the award to buttress its submissions in the proceedings under Section 34. (b) At the stage of judicial scrutiny by the Court under Section 34, the Court is not precluded from considering the findings and conclusions of the dissenting opinion of the minority member of the tribunal.

Taking note of the fact that the objections have been filed in the instant case within the period of limitation prescribed under Section 34(3) from the date of receipt of the signed award, the bench allowed the appeal.