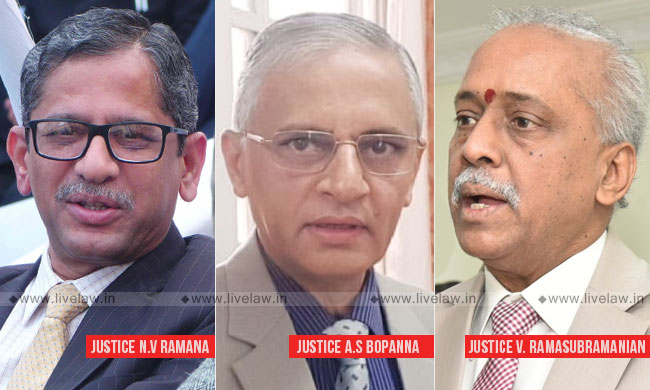 "None of the provisions of Sections 397 to 401 confer any power upon the High Court to declare that there shall be no civil consequences, resulting from the conviction. "

The Supreme Court has observed that the High Court has inherent power under Section 482 of the Code of Criminal Procedure to recall an order and the provisions of Section 362 Cr.P.C. would not bar it from exercise of such powers.

In this case, the High Court held that conviction of the accused for an offence punishable under Section 498­A of the Indian Penal Code shall not affect his service career. Employer filed an application under Section 482 of the Code of Criminal Procedure for recalling the Order contending that the right of the employer to take note of any misconduct on the part of the employee, which led to his conviction by criminal court, cannot be taken away in a collateral proceeding behind the back of the employer. This application was dismissed by the High Court holding that review is not maintainable in view of the provisions of Section 362 CrPC.

The bench addressed the contention based on the embargo spelt out in Section 362 of the Code, that, there was no power for the High Court to alter or review the judgment rendered earlier in the revision filed by him, except for the correction of a clerical or arithmetical error. He relied on the judgment in State of Punjab Versus Davinder Pal Singh Bhullar. The bench observed that this argument is fallacious and also akin to a case of pot calling the kettle black. It said:

"The first is that Section 362 of the Code is expressly subjected to "what is otherwise provided by the Code or by any other law for the time being in force." Though this Court pointed out in Davinder Pal Singh (supra) that the exceptions carved out in Section 362 of the Code would apply only to those provisions where the Court has been expressly authorized either by the Code or by any other law but not to the inherent power of the Court, this Court nevertheless held that the inherent power of the Court under Section 482 Cr.P.C is saved, where an order has been passed by the criminal Court, which is required to be set aside to secure the ends of justice, or where the proceeding amounts to abuse of the process of Court. "

The bench specifically referred to these observations made in Davinder Pal Singh (supra):

"46. If a judgment has been pronounced without jurisdiction or in violation of principles of natural justice or where the order has been pronounced without giving an opportunity of being heard to a party affected by it or where an order was obtained by abuse of the process of court which would really amount to its being without jurisdiction, inherent powers can be exercised to recall such order for the reason that in such an eventuality the order becomes a nullity and the provisions of Section 362 Cr.P.C. would not operate. In such an eventuality, the judgment is manifestly contrary to the audi alteram partem rule of natural justice. The power of recall is different from the power of altering/reviewing the judgment. However, the party seeking recall/alteration has to establish that it was not at fault."

Referring to the facts of the case, the bench further observed:

Setting aside the order of the High Court, the bench observed that, in a revision arising out of conviction, could not have sealed the right of the employer to take action on the basis of conduct which led to the conviction of an employee, within the parameters of the service Rules.

Last month, a two judge bench of the Supreme Court in State Of Madhya Pradesh Home vs Man Singh, had held that recall of judgment would amount to alteration or review of judgment which is not permissible under Section 362 CrPC and the same cannot be validated by the High Court invoking its inherent powers.

Revisional powers of High Court cannot be exercised to declare that there shall be no civil consequences, resulting from the conviction

So, in the appeal filed before the Apex Court [New India Assurance Company Ltd. vs. Krishna Kumar Pandey], one of the issue was whether in a revision under Section 397 CrPC , arising out of conviction, the High Court could have, even while affirming the conviction, taken away the right of the employer to exercise disciplinary control over an employee, on the basis of the conviction by the criminal court. Disapproving the approach of the High Court, the bench of Justice NV Ramana, Justice AS Bopanna and Justice V. Ramasubramanian observed:

"Obviously the power conferred by Sections 397 and 401 are actually powers of superintendence/supervision over inferior Courts. The power cannot be converted into the power of superintendence over the employer of the person accused. None of the provisions of Sections 397 to 401 confer any power upon the High Court to declare that there shall be no civil consequences, resulting from the conviction. Therefore, what the High Court did by its Order dated 23.11.2012, holding that the conviction shall not affect the service career of the respondent adversely, was completely outside the purview of its revisional jurisdiction and cannot be sustained."