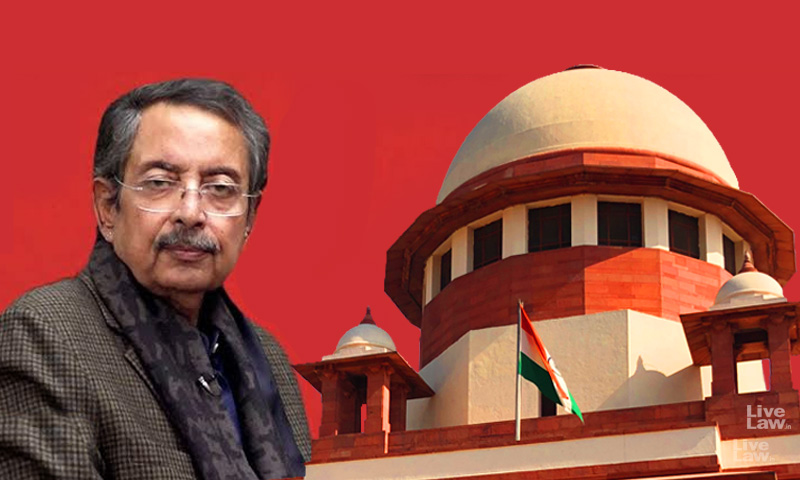 The Supreme Court adjourned the plea seeking for the quashing of an FIR alleging the offence of sedition filed against Journalist Vinod Dua, at the request of Solicitor-General Tushar Mehta, appearing on behalf of the Himachal Pradesh police. A Bench headed by Justice UU Lalit heard the matter. The SG had sought for an adjournment of "1 or 2 days". However, the Bench, noting...

The Supreme Court adjourned the plea seeking for the quashing of an FIR alleging the offence of sedition filed against Journalist Vinod Dua, at the request of Solicitor-General Tushar Mehta, appearing on behalf of the Himachal Pradesh police.

A Bench headed by Justice UU Lalit heard the matter. The SG had sought for an adjournment of "1 or 2 days". However, the Bench, noting that another important matter had been listed for day after, adjourned the same to next Monday.

On 7th July, the Supreme Court had directed the Himachal Pradesh police to file a status report in a sealed cover with requisite details within a week in the ongoing investigation against Dua on charges of sedition. The Bench had also taken note of the questionnaires which Dua was being made to answer by the authorities, and stated that the Dua was under no obligation to answer the same.

The Bench had further orally observed that once the details of the investigation had been placed before the Court, and if the Court was satisfied with Dua's contentions, the FIR would be quashed "straight away".

Today, the SG's request for an adjournment was opposed by Senior Advocate Vikas Singh, appearing on behalf of Dua, who also brought forth the submission that Dua was still being subjected to multiple questionnaires.

"This is not fair, my Lords. Questionnaire after Questionnaire is being sent to me. Further, if the Solicitor wants an Adjournment, I am seeking a stay. My Lords have stayed many matters. I don't understand why this cannot be stayed, when all others are. What are they getting by keeping this Sword of Damocles hanging over me?"

The Bench reiterated that Dua did not have to reply to any of the questionnaires, and the SG responded that no questionnaire had been sent by the police.

Consequently, the matter will now be heard next Monday.

Dua is facing FIRs from multiple states, with the most recent ones being filed in Maharashtra and West Bengal. An FIR had been registered against Dua in Shimla, Himachal Pradesh, by local BJP leader Ajay Shyam, pursuant to which he had been summoned by the Shimla Police.

On June 14, following Directions were passed by the Bench;

"a) Pending further orders, the petitioner shall not be arrested in connection with the present crime;

(c) The Himachal Pradesh Police shall be entitled to carry on the investigation including interrogation of the petitioner at his residence after giving him prior notice of 24 hours and complying with the Social Distancing norms prescribed during Covid-19 Pandemic."

The Bench had then refused to stay the investigation, despite fervent pleas by Senior Advocate Vikas Singh, who appeared for Dua.

Singh had submitted that the FIR was a "harassment" as it was filed for airing views unpalatable to the government.

The summons by Shimla police came two days after the Delhi High Court stayed an FIR filed against Dua for allegedly spreading fake news through his YouTube show on communal violence in Delhi in February. The FIR filed in Shimla is also related to the show.