Selection Of Marginalized Communities In UPSC A Matter OF Joy; Your Show Running Them Down: Justice Joseph Tells Sudarshan TV 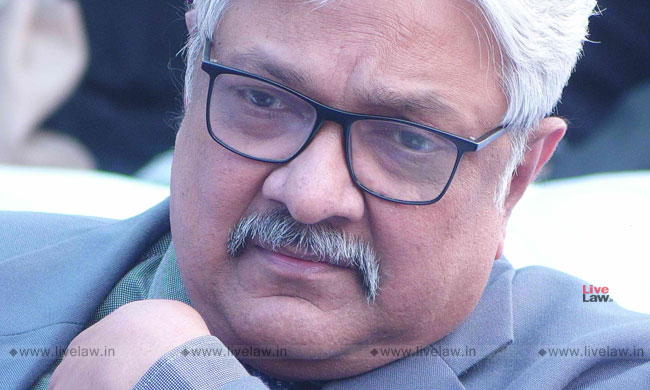 During the hearing of the case against Sudarshan News TV's controversial show in the Supreme Court, Justice K M Joseph remarked that it should have been a matter of joy that 50% of the candidates who got selected in the UPSC exam were from the marginalized communities.But, Justice Joseph lamented, the channel was running a show to 'run them down'."The Government of India wants the...

During the hearing of the case against Sudarshan News TV's controversial show in the Supreme Court, Justice K M Joseph remarked that it should have been a matter of joy that 50% of the candidates who got selected in the UPSC exam were from the marginalized communities.

But, Justice Joseph lamented, the channel was running a show to 'run them down'.

"The Government of India wants the Muslim community to come up. Not just Muslims, but every backward community. The fact that 50% comprised of people from marginalized communities should have been a matter of joy for our country. But you are running a show to run them down", Justice Joseph said.

"What kind of attitude are you inculcating with this? When 4 episodes have already been broadcast? Will you continue with this rant? There are other communities also who want to "capture the power". The bottom line is you're maligning community.".

The channel's lawyer, Senior Advocate Shyam Divan, asserted that the show was not in violation of the program code and that it was only an investigative report about the terror-links of foreign fundings sourced by Zakat Foundation of India.

The bench, presided by Justice D Y Chandrachud and also including Justice Indu Malhotra, however, maintained that the controversial show 'Bindas Bol', hosted by the Editor-in-Chief of the channel, Mr .Suresh Chavhanke, was propagating communal stereotypes.

Justice Chandrachud illustrated that the show contained a pictorial representation of a Muslim with a beard, skull cap and green face, with flames in the background. Every time reference is made to a Muslim person, he is shown in a green t-shirt.

He emphasized that the Court does not have an objection with investigative journalism or with reference to an NGO and its mysterious funds. However, it had exceptions to such a stereotype depiction of the community and the implication that an entire community has infiltrated the bureaucracy.

"Whenever you refer to the Civil Services, you refer to the ISI and that is a serious concern as you show it as a conspiracy by Muslims. Of course do your investigative journalism, but can we allow such implications being made? How will you deal with that?

See, we have no problem with you investigating into the funding of an organisation. But, to say that every member of a community represents a terrorist organisation just because some funding member is not above the Board, is wrong. Because this is where it goes from free speech to hatred as it implies that every member of that community has an agenda. You alienate the good members, who are like everyone else, of the community with this sort of a propaganda, he said.

"I saw one of the episodes and it was hurtful to watch. Many pictorials are offensive and need to be taken off. You cannot dub an entire community", Justice Malhotra too weighed in.

While refusing to vacate the stay on the telecast of the remaining episodes of the show, the bench told the channel's lawyer to inform the court how the channel proposes to address the concerns expressed by it.

The Court will continue the hearing on Monday.

A bench comprising Justices D Y Chandrachud, Indu Malhotra and K M Joseph was hearing the plea which alleged that the show 'Bindas Bol' hosted by Suresh Chavhanke, the Editor-in-Chief of Sudarshan News, was communalizing the entry of Muslims into the civil services. On September 15, the top court had stayed the telecast of the show after making a prima facie observation that 'the object intent and the purpose of the show was to vilify the Muslim community'.