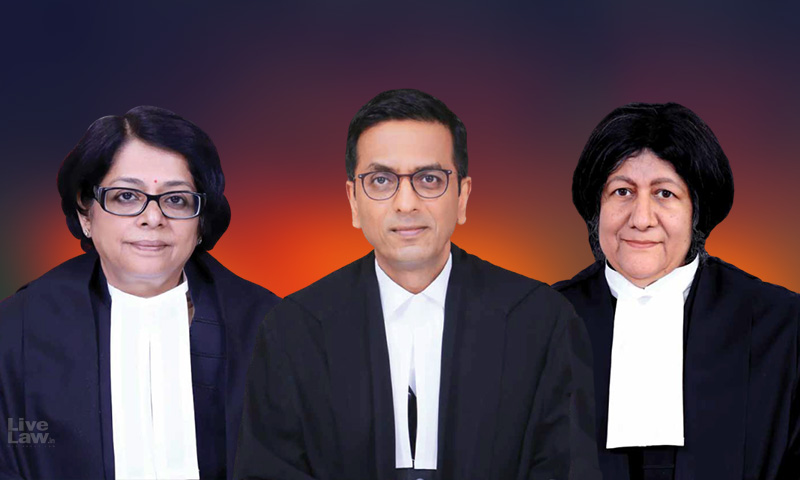 The Supreme Court has observed that selective disclosures to the media during investigation of crime affect the rights of the accused and the rights of victims.The bench headed by Justice DY Chandrachud observed thus while cancelling anticipatory bail granted to in-laws of a deceased woman in a dowry death case. The Court has also directed the Central Bureau of Investigation to...

The Supreme Court has observed that selective disclosures to the media during investigation of crime affect the rights of the accused and the rights of victims.

The bench headed by Justice DY Chandrachud observed thus while cancelling anticipatory bail granted to in-laws of a deceased woman in a dowry death case. The Court has also directed the Central Bureau of Investigation to further investigate the case.

The Allahabad High Court had earlier granted anticipatory bail to the parents-in-law , brother-in-law and sister-in-law of the deceased woman, who were accused in the dowry death case.  To grant them anticipatory bail, the High Court observed that (a) "the FIR prima facie appears to be engineered to implicate the applicants"; (b) "there is no corelation in between the various allegations leveled in the FIR"; and (c) the allegations "are general in nature" with no specific role being assigned to the accused.

Referring to the case records, the bench, also comprising Justices Indu Malhotra and Indira Banerjee observed that the investigation by the UP Police in the present case 'leaves much to be desired'. The Court noted that within a couple of days of the death of the deceased woman, the news about alleged suicide note was reported in the newspapers in Agra. The bench, in this context said:

"The sequence in this case appears to follow familiar patterns. Immediate publicity was given to the alleged suicide note. These examples are now becoming familiar. Selective disclosures to the media affect the rights of the accused in some cases and the rights of victims' families in others. The media does have a legitimate stake in fair reporting. But events such as what has happened in this case show how the selective divulging of information, including the disclosure of material which may eventually form a crucial part of the evidentiary record at the criminal trial, can be used to derail the administration of criminal justice. The investigating officer has a duty to investigate when information about the commission of a cognizable offence is brought to their attention. Unfortunately, this role is being compromised by the manner in which selective leaks take place in the public realm. This is not fair to the accused because it pulls the rug below the presumption of innocence. It is not fair to the victims of crime, if they have survived the crime, and where they have not, to their families. Neither the victims nor their families have a platform to answer the publication of lurid details about their lives and circumstances."

The bench also disagreed with the High Court's reasons to grant the anticipatory bail to the accused:

"The FIR contains a recital of allegations bearing on the role of the accused in demanding dowry, of the prior incidents of assault and the payment of moneys by cheque to the in-laws of the deceased. The FIR has referred to the telephone calls which were received both from the father-in-law of the deceased on the morning of 3 August 2020 and from the deceased on two occasions on the same day- a few hours before her body was found. The grant of anticipatory bail in such a serious offence would operate to obstruct the investigation. The FIR by a father who has suffered the death of his daughter in these circumstances cannot be regarded as "engineered" to falsely implicate the spouse of the deceased and his family. "

To transfer the investigation to CBI, the Court invoked its powers under Article 142 of the Constitution and said:

It would indeed be a travesty if this Court were to ignore the glaring deficiencies in the investigation conducted so far, irrespective of the stage of the proceedings or the nature of the question before this Court. The status of the accused as propertied and wealthy persons of influence in Agra and the conduct of the investigation thus far diminishes this Court's faith in directing a further investigation by the same authorities. The cause of justice would not be served if the Court were to confine the scope of its examination to the wisdom of granting anticipatory bail and ignore the possibility of a trial being concluded on the basis of a deficient investigation at best or a biased one at worst.