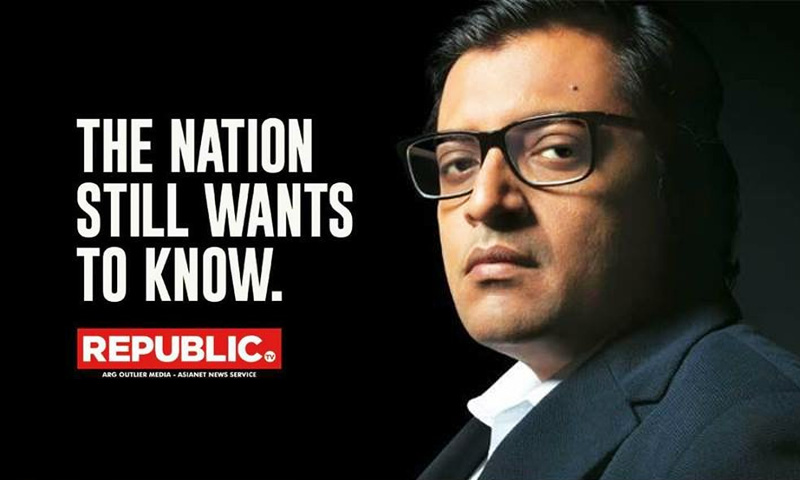 The President of the Supreme Court Bar Association, Dushyant Dave, has written a letter to the Secretary General of the Supreme Court, strongly protesting against the 'extraordinary urgent listing' of the special leave petition filed by Republic TV Chief, Arnab Goswami, in connection to the 2018 abetment to suicide case. A vacation bench of Justices D Y Chandrachud and Indira Banerjee...

The President of the Supreme Court Bar Association, Dushyant Dave, has written a letter to the Secretary General of the Supreme Court, strongly protesting against the 'extraordinary urgent listing' of the special leave petition filed by Republic TV Chief, Arnab Goswami, in connection to the 2018 abetment to suicide case.

A vacation bench of Justices D Y Chandrachud and Indira Banerjee has decided to consider the petition of Goswami, who has been under custody since November 4 in the case.

Dave has written against "selective listing" of matters by the SC Registry, especially during the pandemic, where thousands of citizens languish in jails due to non-listing of their matters for months whereas an influential man's petition listed within a day. Hewrote,

"I have nothing personal against Mr Goswami and I am not writing this letter to anyway interfere in with his rights to move the Supreme Court. Like all Citizens he also has right to seek justice from the highest court.

The serious issue here is selective listing of matters that the Registry under your leadership is indulging in for last eight months during Covid pandemic. While thousands of Citizens remain in jails , languishing for long periods while their matters filed before the Honble Supreme Court are not getting listed for weeks and months, it is, to say the least, deeply disturbing as to how and why every time Mr Goswami approaches the Supreme Court, his matter gets listed instantly."

"Likes of Shri Goswami get special treatment while ordinary Indians are made to suffer , including Imprisonment, which are many times illegal and unauthorised.

Even someone like Mr P Chidambaram, a respected Senior Advocate, could not get similar speed listing and had to spend long months in jail till finally the Honble Supreme Court declares that he deserved to be Bailed out."

He has averred that Goswami's petition was filed yesterday. Thereafter, it got instant diary number (though not final ) and it is now listed for hearing tomorrow.

"This is a gross abuse of administrative power, whosoever has exercised it on administrative side. It gives an impression that Clients represented by certain Lawyers are getting special treatment, which does not speak well if the great Institution, that the Supreme Court is," Dave remarked.

He has urged that this letter be placed before the Bench hearing the matter tomorrow.

He has asked the CJI, who is also the Master of Roster, if there is any special Order or Direction for such urgent listings.

"It is quite well known that such extraordinarily urgent listings of matters cannot and does not take place without specific orders from Honble the Chief Justice. Or is it that as the Administrative Head you or the Registrar listing is giving special preference to Shri Goswami?" he has asked.

"Why is this selective listing taking place when system is supposedly computerised and is to work automatically? Why is It that despite the same, matters are getting circulated and that too before only few Honble Benches? Why is there no foolproof system to be just and fair to all Citizens and all AORs?"

He claimed that several lawyers had complained to him during the Covid period, giving names, that certain AORs matters get instant listing while they have to wait in queue for long time.

Stating the plight of such lawyers, he urged that the Supreme Court should improve the Virtual Hearing system by replacing Vidyo App with better technical platform.

He averred that several High Courts have taken up better platforms, without any tender process, "to do better justice" but the Supreme Court has floated a tender and shockingly, when Reliance Jio offered a better platform to the institution, the Bench asked the Company to contact the Registry.

He wrote, "Be that as it may, SC has failed to shift to a better platform for unknown reasons , making its functioning quite truncated and limited. Fewer Benches are in session daily and some of them don't even sit during Court hours due to unknown reasons, may be due to technological challenges. Direct and debilitating effect is on the Justice delivery and rights of the Citizens, at least Common Man."