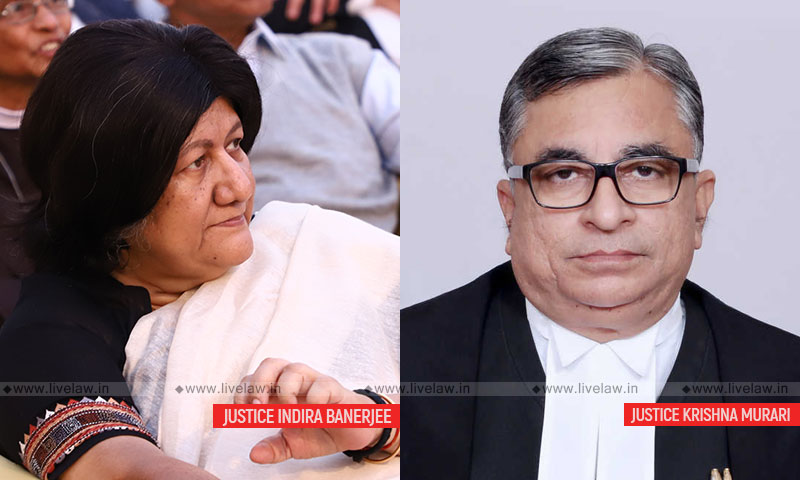 The Supreme Court set aside the Kerala High Court order which granting bail to a man accused murder of a lady doctor.The bench comprising Justices Indira Banerjee and Krishna Murari observed that seriousness of the charge is one of the relevant considerations while considering bail applications.According to the prosecution case, the accused, Mahesh on 28th September 2020 at about 3.30...

The Supreme Court set aside the Kerala High Court order which granting bail to a man accused murder of a lady doctor.

The bench comprising Justices Indira Banerjee and Krishna Murari observed that seriousness of the charge is one of the relevant considerations while considering bail applications.

According to the prosecution case, the accused, Mahesh on 28th September 2020 at about 3.30 p.m., stabbed a doctor who was about 30 years of age, with a knife, inside a multispecialty dental clinic, run by her. She was stabbed with a knife on the right side of the stomach, in the presence of her father, at the dental clinic. Though the Session's Court dismissed the bail application, the High Court allowed it observing that indefinite incarceration was not necessary.

The bench, in appeal filed by the State, observed that the power to grant bail under Section 439 of the Cr.P.C is discretionary, such discretion has to be exercised judiciously. Seriousness of the charge is undoubtedly one of the relevant considerations while considering bail applications, the court added.

"In this case, the impugned order of the High Court is flawed, in that the High Court noted the seriousness of the offence alleged, observed that the incident was heinous, but proceeded to grant bail to the Respondent Accused on the purported ground that he had been in custody since 6th October 2020 (that is, about 75 days) without even considering the materials on record which  prima facie made out reasonable grounds to believe that the Respondent Accused had committed the heinous offence. At that stage, even the chargesheet had not been filed. The High Court did not apply its mind to the severity of the punishment in the event of conviction, or the fact that the accused had been absconding after the incident.", the bench observed.

The bench also noted that the High Court did neither consider nor discuss the elaborate reasons given by the Sessions Court in its order rejecting the prayer of the  Accused for bail.

"The High Court, in our opinion, clearly erred in not appreciating that the apprehension of the Prosecution that the Respondent Accused would influence witnesses, could not be put to rest, by directing the Respondent Accused not to enter the jurisdiction of Ollur Police Station. The High Court completely ignored the fact that the deceased victim used to reside at Ernakulam. Her parents and her five years old daughter reside at Ernakulam. In other words, the only eye witness is a resident of Ernakulam. Most of the Prosecution witnesses were from Thrissur. There was no reason to suppose that the witnesses would restrict their movements to the limits of the jurisdiction of Ollur Police Station.", the court added.

The court also observed that the High Court completely misappreciated the object, scope and ambit of the directions issued in Re : Contagion of Covid 19 Virus In Prisons. "The orders of this Court are not to be construed as any direction, or even observation, requiring release of under-trial prisoners charged with murder, and that too, even 23 before investigation is completed and the chargesheet is filed. The Respondent Accused, it is reiterated, is charged with murder in the presence of an eye witness, and the impugned order granting bail was filed even before the chargesheet was filed. The Chargesheet appears to have been filed on 01.01.2021. Moreover the Respondent Accused had been absconding after the incident.", it said.