Settlement Between Victim & Accused Not A Valid Ground To Quash FIR/Charge-Sheet When Offences Are Serious & Against Society, Reiterates SC [Read Judgment] 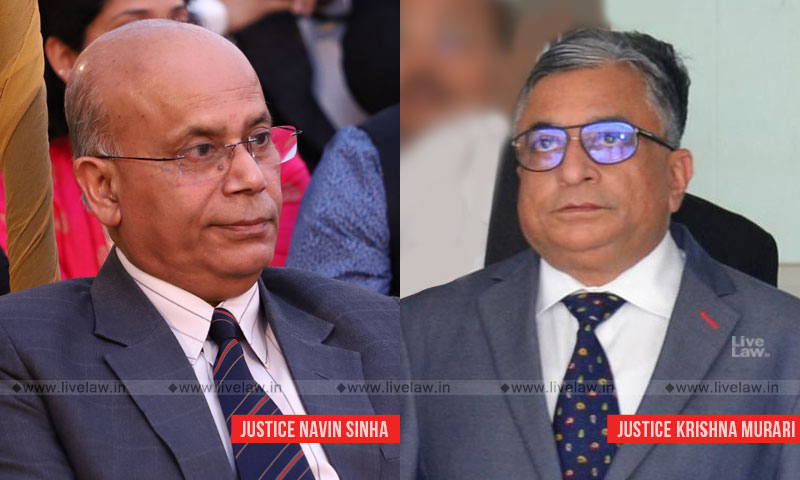 The Supreme Court has reiterated that settlement between victim and the accused cannot be a valid ground to quash the FIR. or the charge sheet when the offences alleged are against society and not private in nature. In this case, the accused were charged with Section 493 of the Indian Penal Code and Section 3 read with Section 4 of the Dowry Prohibition Act. The bench comprising...

The Supreme Court has reiterated that settlement between victim and the accused cannot be a valid ground to quash the FIR. or the charge sheet when the offences alleged are against society and not private in nature.

The bench comprising Justices Navin Sinha and Krishna Murari noted that though the offence in question are non-compoundable but the power of the High Court under Section 482 CrPC of the Court to quash the proceedings in such offences is well recognised by various decision of this court and the issue is no longer res integra. Referring to judgments in Parbatbhai Aahir & Others versus State of Gujarat, Gian Singh versus State of Punjab, it said

Bearing in mind the above principles which have been laid down, we are of the view that offences for which the appellants have been charged are infact offences against society and not private in nature. Such offences have serious impact upon society and continuance of trial of such cases is founded on the overridding effect of public interests in punishing persons for such serious offences. It is neither an offence arising out of commercial, financial, mercantile, partnership or such similar transactions or has any element of civil dispute thus it stands on a distinct footing. In such cases, settlement even if arrived at between the complainant and the accused, the same cannot constitute a valid ground to quash the F.I.R. or the charge sheet.. Thus the High Court cannot be said to be unjustified in refusing to quash the charge sheet on the ground of compromise between the parties

Referring to Section 493 of IPC, the bench noted that the essence of the offence is the practice of deception by a man on a woman as a consequence of which the woman is led to believe that she is lawfully married to him although she is not and then make her cohabit with him. Explaining it further, the bench said:

Deceit can be said to be a false statement of fact made by a person knowingly and recklessly with the intent that it shall be acted upon by another who on believing the same after having acted thereupon suffers an injury. It is an attempt to deceive and includes such declaration and statement that misleads others or causes him to believe which otherwise is false and incorrect. In other words, to constitute an offence under Section 493 I.P.C., the allegations in the FIR must demonstrate that appellant had practiced deception on the daughter of the complainant causing a false belief of existence of lawful marriage and which led her to cohabit with him.

Perusing the FIR, the bench said that the allegations made therein can be said to constitute any offence under Section 493 IPC. It said:

There are no allegation of any inducement or any deceit to make the victim believe that she was lawfully married to the appellant, which mislead her to have sexual intercourse with the accused appellant no.1. Only allegations in the First Information Report in this regard are that "after the marriage was settled, the appellant no.1 started visiting the house of the complainant frequently and would mislead and instigate his daughter that relation is final and only 'Feras' remains to be performed. On the fateful day, i.e., 16.08.2013, the appellant no.1 took leave and enticed and instigated his daughter took her to his room and promising that she is being his wife established physical relations."

However, the court noted that the allegations of the F.I.R. clearly go to show that a demand of dowry of Rs.5 Lakhs was made by the accused from the complainants and thus it can not be said that no offence under the Dowry Prohibition Act are made out against them. Partly allowing the appeal, the bench said:

In view of the above facts and discussions, we are of the considered view that insofar as offence under Section 493 I.P.C. is concerned, since F.I.R. does not disclose the commission of any offence under the said Section and thus continuance of the criminal prosecution under said section would amount to abuse of process of the Court and the order of the High Court to that extent is liable to be set aside. However, insofar as offence against the appellants under Section 3/4 of the Dowry Prohibition Act is concerned, since the allegations disclose the commission of cognizable offence in the F.I.R., it is not a fit case to exercise power under Section 482 Cr.PC and to quash criminal proceedings against the appellants for the said offence..