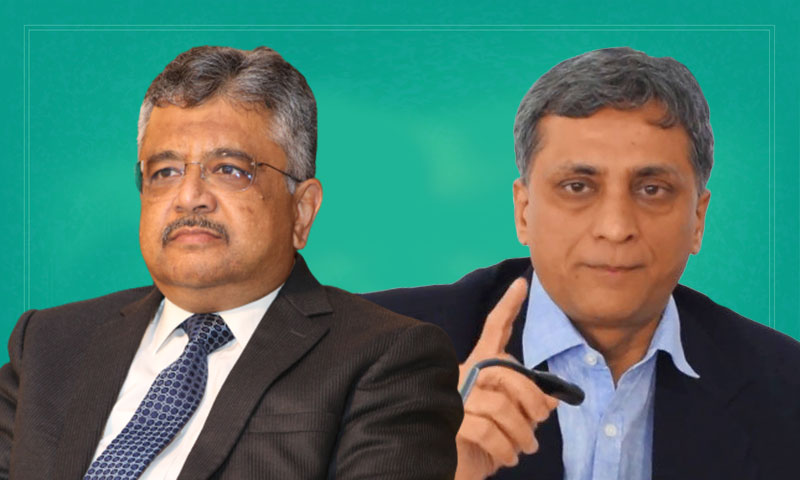 The Central Vista hearing before the Supreme Court on Thursday witnessed a verbal spat between Senior Advocate Shyam Diwan and SG Tushar Mehta, when the former described the Government's stand on the matter as "shameful".The hearing is progressing before a bench of Justices A. M. Khanwilkar, Dinesh Maheshwari and Sanjeev Khanna. Mr. Diwan was appearing for the petitioner.On Thursday, Mr....

The Central Vista hearing before the Supreme Court on Thursday witnessed a verbal spat between Senior Advocate Shyam Diwan and SG Tushar Mehta, when the former described the Government's stand on the matter as "shameful".

The hearing is progressing before a bench of Justices A. M. Khanwilkar, Dinesh Maheshwari and Sanjeev Khanna. Mr. Diwan was appearing for the petitioner.

On Thursday, Mr. Diwan was pointing out how the original NIT was originally for only the Central Vista and it was amended subsequently to include the PM's residence and other offices and how numerous bid participants could not submit their plans on account of that.

"It was a 7-week process. As per the pre-bid meeting, 24 bidders had participated. A total of 6 bids were received. After the technical bids, presentations were to be made on approach and methodology to a jury whose composition is not known. Ultimately, 4 were selected for the financial bids. The tender was awarded to H1 Bidder 'APC Designs' at 229 crores", Mr. Diwan had elaborated.

On Thursday, he argued that only 6 bids were received and that the Respondents, including the Government of India, claim that after the technical bids, only 4 were found eligible-

"These are trustees acting. This is not some private contractor for a bridge. Even Amaravathi was developed through an international design tender. The promoters have to be given the widest possible choice...it is shameful!"

To this, SG Tushhar Mehta requested against the use of such language in the context of the government. "Such terms- 'shameless' and all- may not be employed. Personal views may not be voiced", urged the SG.

"The SG may keep his advice to himself", commented Mr. Diwan in response.

He continued to point out that no estimate cost was determined and it was to depend on the design of the bidder. "If the bidder cannot judge the budgetary limit, it will result in a huge variation in the designs. Rule 182 of the General Financial Rules, 2017 provides for assessment of costs based on the current market and other organisations functioning in it. This has been violated...They said that the project cost can be assessed only after the consultant has been selected, but they have not denied the applicability of 182. Even CPWD Works Manual 2019 provides for the estimated cost to be determined at the pre- construction stage", he indicated.

Earlier in the week, Mr. Diwan had contended, "The notice inviting the bids is dated September 2, 2019. It was uploaded on September 4. And the last date of submission was September 23, which was extended by a week and made 30. Even the date and time for the pre-bid meeting was decided as September 11! People need time to download, study, understand and digest the document! The time frames were grossly inadequate! There are national and international norms to this effect! For even the most basic tender, where a government university wants a new hostel, you have to give adequate time!", contended Mr. Diwan.

"Is there a corrigendum? Maybe the expression 'pre-bid meeting' is inappropriate. Maybe it was something else", Justice Khanwilkar had asked then.

"Between the opening of the bids and the last date, the meeting that is called for giving clarifications is called the pre-bid meeting. What I find absurd are the time frames! For such a complex document, and given its purpose!", Mr. Diwan had submitted.

"I am only on the standpoint of the citizen who is entitled to ensure that when the Central Vista is re-designed, there is adequate participation. I am not on whether this condition was fulfilled or that condition was complied with. Don't approach this as a tender matter, but one of the greatest Constitutional significance", he had urged.

"How many respondents were there to the bid? If there were only 1 or 2, we can understand your grievance. If there were more and only 4 are found eligible, then that is the tender process. That can't be the basis to question everything!", Justice Khanwilkar had observed, adding that the Senior Counsel's other arguments are nevertheless "valid".

"The bid document states that they are creating a legacy for 150-200 years. But the time-lines provided clearly don't support this...Your Lordships said that the court can't go into whether 21 days are provided and whether it is enough as it is a policy matter. But is this a tender for a marriage hall or something much more profound and firm? They are acting as the trustee of a public trust here!", he continued.

"Did any of these 24 participants mention about the short time-lines? We'll take note of it here itself", Justice Khanwilkar had wanted to know.

"Yes. At least 10 said we need more time. Alteast 10 sought 2-3 weeks or 3-4 weeks more time. They said they need more time to work out the approach and methodology and the vision and the master plan", replied Mr. Diwan.

"And in response, the government asked them to see the corrigendum by virtue of which an extension of 1 week was given? So they asked for 3-4 weeks but were given only 1 more week?", Justice Khanwilkar had noted.