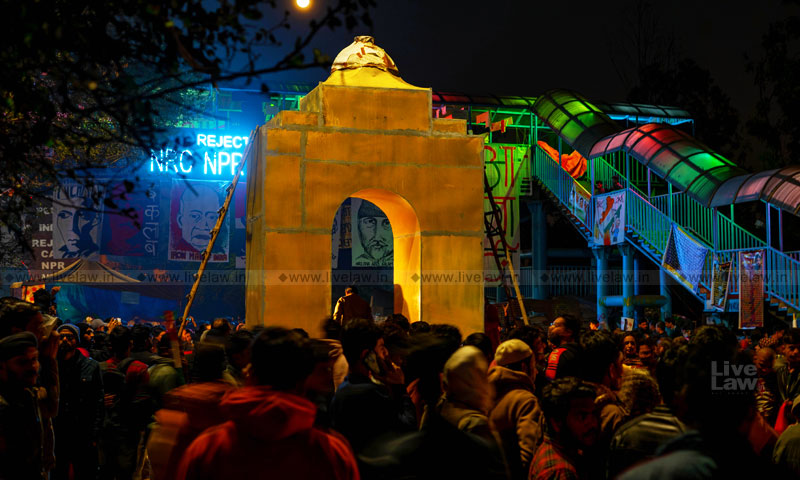 The Supreme Court on Monday reserved its judgment on the aspect of "the need to balance the right to protest with the right of mobility by other people" in the plea(s) which had sought an urgent direction for immediate dispersal of Shaheen Bagh protestors or any other such sites amid the pandemic situation.A bench led by Justice SK Kaul orally remarked that the experiment which...

The Supreme Court on Monday reserved its judgment on the aspect of "the need to  balance the right to protest with the right of mobility by other people" in the plea(s) which had sought an urgent direction for immediate dispersal of Shaheen Bagh protestors or any other such sites amid the pandemic situation.

A bench led by Justice SK Kaul orally remarked that the experiment which insinuated in Shaheen Bagh called for a short order to be passed in light of what ensued, whether successful or not.

Petitioner in person, Advocate Amit Sahni stated that such kind of protests must not take place in the future. He then highlighted that there was a "chakka jam" in haryana yesterday.

Advocate Mehmood Pracha appearing for one of the intervenors submitted that the most crucial aspect that persons from ruling party went there and right to protest has to be balanced in a democracy. "Parties at some point in time went to Shaheen bagh to create a riot," said Pracha. He added that he did not wish to name them.

At this juncture, Justice Bose stated that the Right to protest has to be balanced with the right of the people to use a public road. For a long period of time, a public road was blocked. "What about this right to use the road?"

Pracha responded by stating that for this purpose, a universal standard and policy had to apply.

Justice Kaul remarked, "There cannot be a universal policy. In a parliamentary democracy, there is an avenue of debate. The only issue is in what manner and where .. and for how long and how to balance it."

Solicitor General Tushar Mehta argued that the Right to Protest was a fundamental right, albeit with reasonable restrictions.

The petition, filed by a practising lawyer in the Supreme Court Ashutosh Dubey, however says the protestors can continue their protest after such threat of corona virus is over.

According to the plea, "Corona virus has been announced as a pandemic across the world and it's a matter of grave concern for everyone. "

Due to the growing threat of the disease and increase in the number of deaths, the health ministry has advised everyone to avoid going out in the crowd and work from home.

"The risk of severe disease associated with COVID-19 infection for people is currently considered moderate for the general population and high for older adults and individuals with chronic underlying conditions . The protestors can continue their protest after such threat of corona virus is over. "

Another application, filed by Advocate Amit Sahni, inter alia, sought placing additional documents on record which are various notifications released by the Government of India, Delhi Government and other authorities, for preventing spread of COVID19.

In this backdrop, petitioner averred that as per notification dated March 19 issued by the Delhi Government, regulations had been released in order to restrict the gathering of more than 50 person till 31st March 2020; yet the protesters did not vacate the premises.

"That to regulate the disease the talks between the Delhi Police and the women protesting failed as the protestors ignored the appeal made by the police to vacate the main road and stated that they will continue to protest" it has been averred.

In January, a bench of Justices SK Kaul & KM Joseph had issued notice on petitions seeking the clearance of the ongoing protests against CAA-NRC at Shaheen Bagh in Delhi.

Subsequently, the court had appointed a mediation team headed by Senior Advocate Sanjay Hegde to hold talks with the protesters and interlocutors reports were filed depicting the on ground situation.

The protestors are mostly women who are opposing the Citizenship (Amendment) Act (CAA), National Register of Citizens (NRC) and National Population Register (NPR) since 15 December 2019.