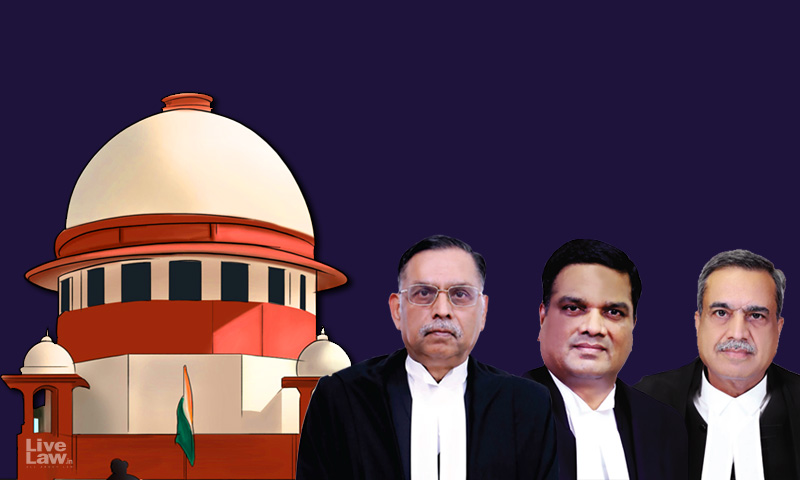 A wife is also entitled to claim a right to residence in a shared household belonging to relatives of the husband, the Supreme Court has held on Thursday in an important judgment overruling the 2006 judgment in S.R. Batra vs Taruna Batra."In the event, shared household belongs to any relative of the husband with whom in a domestic relationship the woman has lived, the...

A wife is also entitled to claim a right to residence in a shared household belonging to relatives of the husband, the Supreme Court has held on Thursday in an important judgment overruling the 2006 judgment in S.R. Batra vs Taruna Batra.

"In the event, shared household belongs to any relative of the husband with whom in a domestic relationship the woman has  lived, the conditions mentioned in Section 2(s) are satisfied and the said house will become a shared household. ", the Court said.

The bench comprising Justices Ashok Bhushan, R. Subhash Reddy and MR Shah observed the definition of 'shared household' given in Section 2(s) of the Act cannot be read to mean that it can only be that household which is household of the joint family of which husband is a member or in which husband of the aggrieved person has a share.

In S.R. Batra vs Taruna Batra , the Supreme Court bench of Justices SB Sinha and M.Katju had rejected the contention that the definition of shared household includes a household where the person aggrieved lives or at any stage had lived in a domestic relationship. It held that the wife is only entitled to claim a right to residence in a shared household, and a `shared household' would only mean the house belonging to or taken on rent by the husband, or the house which belongs to the joint family of which the husband is a member. The court had further observed that claim for alternative accommodation can only be made against the husband and not against the husband's in-laws or other relatives.

In this case, Satish Chander Ahuja filed a Suit against his daughter in law [ the sole-defendant ] for mandatory and permanent injunction and also for recovery of damages/mesne profit. In the plaint, he pleaded that defendant has filed a complaint under the Protection of Women from Domestic Violence Act, 2005 in which interim order directing the plaintiff not to alienate and not to dispossess the defendant without order of the competent court has been passed. He further pleaded that the status of occupation of defendant as a daughter-in-law during subsistence of marriage with the son could be said to be permissive in nature and defendant is not entitled to claim a right of residence against the plaintiff, i.e., her father-in-law who has no obligation to maintain her during the lifetime of her husband. In the written statement, the daughter in law claimed that the suit property is a shared household as per provision of Section 2(s) of the Act, 2005, and thus she has right to stay/reside in the shared household. The trial court decreed the suit filed by Ahuja by allowing his application filed under Order XII Rule 6 CPC., taking note of the admission made by the defendant in her pleadings filed in the domestic violence case that the plaintiff to be the owner of the suit property. The High Court, while setting aside the Trial Court judgment, observed that question the suit could not have been simply decreed by the Trial Court on the basis of the title without weighing the effect of the statutory right in favour of the the daughter in law. The High Court, remanded the case back to Trial Court by issuing some directions.

In this appeal before the Supreme Court against the High Court order, the plaintiff placed reliance on Batra judgment to contend that the premises is not a shared household since the husband neither has any share in the suit premises nor suit premises is a joint family property. The issues considered by the bench included the following [The consideration of other issues in this appeal and factual background have been dealt with in another report].:

(1) Whether definition of shared household under Section 2(s) of the Protection of Women from Domestic Violence Act, 2005 has to be read to mean that shared household can only be that household which is household of joint family or in which husband of the aggrieved person has a share?

(2) Whether judgment in S.R. Batra and Anr. Vs. Taruna Batra, (2007) 3 SCC 169 has not correctly interpreted the provision of Section 2(s) of Protection of Women from Domestic Violence Act, 2005 and does not lay down a correct law?

Referring to the words "lives or at any stage has lived in a domestic relationship", the bench said that it has to be given its normal and purposeful meaning. The court also, referring to precedents, observed that the use of both the expressions "means and includes" in Section 2(s) clearly indicate the legislative intent that the definition is exhaustive and shall cover only those which fall within the purview of definition and no other. The bench observed:

From the above definition, following is clear:- (i) it is not requirement of law that aggrieved person may either own the premises jointly or singly or by tenanting it jointly or singly; (ii) the household may belong to a joint family of which the respondent is a member irrespective of whether the respondent or the aggrieved person has any right, title or interest in 53 the shared household; and (iii) the shared household may either be owned or tenanted by the respondent singly or jointly.

"The living of woman in a household has to refer to a living which has some permanency. Mere fleeting or casual living at different places shall not make a shared household. The intention of the parties and the nature of living including the nature of household have to be looked into to find out as to whether the parties intended to treat the premises as shared household or not. As noted above, Act 2005 was enacted to give a higher right in favour of woman. The Act, 2005 has been enacted to provide for more effective protection of the rights of the woman who are victims of violence of any kind occurring within the family. The Act has to be interpreted in a manner to effectuate the very purpose and object of the Act. Section 2(s) read with Sections 17 and 19 of Act, 2005 grants an entitlement in favour of the woman of the right of residence under the shared household irrespective of her having any legal interest in the same or not."

The court also observed that use of the expression "at any stage has lived" to protect the women from denying the benefit of right to live in a shared household on the ground that on the date when application is filed, she was excluded from possession of the house or temporarily absent. The court said that the object was not that wherever the aggrieved person has lived with the relatives of husband, all such houses shall become shared household, which is not the legislative intent. Disagreeing with the Batra judgment observations, the bench said that apprehensions expressed by the bench were not true. The court said:

Domestic violence in this country is rampant

The court observed that the right of occupation of matrimonial home, was not so far part of the statutory law in India until the Domestic Violence Act of 2005 was enacted. It said:

The progress of any society depends on its ability to protect and promote the rights of its women. Guaranteeing equal rights and privileges to women by the Constitution of India had marked the step towards the transformation of the status of the women in this country. The domestic violence in this country is rampant and several women encounter violence in some form or the other or almost every day, however, it is the least reported form of cruel behavior. A woman resigns her fate to the never ending cycle of enduring violence and discrimination as a daughter, a sister, a wife, a mother, a partner or a single woman in her lifetime. This non-retaliation by women coupled with the absence of laws addressing women's issues, ignorance of the existing laws enacted for women and societal attitude makes the women vulnerable. The reason why most cases of domestic violence are never reported is due to the social stigma of the society and the attitude of the women themselves, where women are expected to be subservient, not just to their male counterparts but also to the male's relatives

Rights Under DV Act Can Be Claimed In Civil Courts

In facts of the case, the court held that the claim of the defendant that suit property is shared household and she has right to reside in the house ought to have been considered by the Trial Court and non-consideration of the claim/defence is nothing but defeating the right, which is protected by Act, 2005. It said:

"As per Section 26, any relief available under Sections 18, 19, 20, 21 and 22 of the Act, 2005 may also be sought in any legal proceeding, before a civil court, family court or a criminal court being the aggrieved person. Thus, the defendant is entitled to claim relief under Section 19 in suit, which has been filed by the plaintiff. Section 26 empowers the aggrieved person to claim above relief in Civil Courts also."