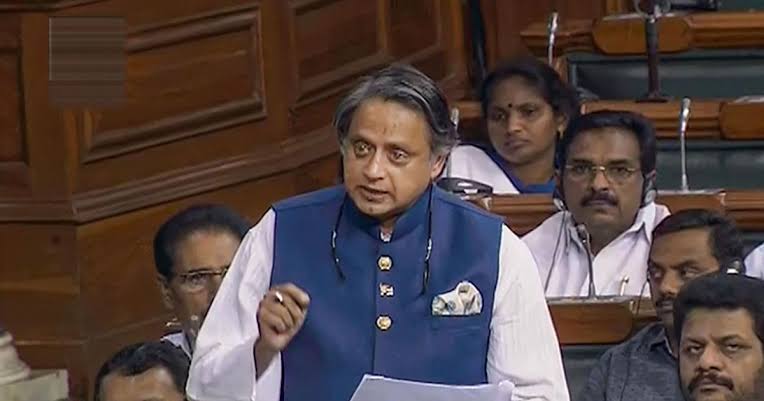 The High Court and Supreme Court Judges (Salaries and Conditions of Service) Amendment Bill, 2021 was taken up for consideration and passing in Lok Sabha yesterday. The Bill which seeks to amend Acts that regulate the salaries and conditions of service of the judges of High Courts and the Supreme Court of India, clarifies that the pensioner-judges will be entitled to the additional...

The High Court and Supreme Court Judges (Salaries and Conditions of Service) Amendment Bill, 2021 was taken up for consideration and passing in Lok Sabha yesterday. The Bill which seeks to amend Acts that regulate the salaries and conditions of service of the judges of High Courts and the Supreme Court of India, clarifies that the pensioner-judges will be entitled to the additional pension or family pension from the first day of the month in which they complete the minimum age under the concerned age bracket.

Parliamentarians across parties, while expressing their support for the Bill under consideration, expressed their views that there were other issues pertaining to the Indian Judiciary that required attention and action from the Lok Sabha.

MP Dr.Shashi Tharoor from Indian National Congress raised the issue of retirement ages of high court judges and the implications of that for the pendency of cases. He pointed out that Venkatachaliah Report 2002 had recommended that retirement age of HC judges be increased to 65 years. In comparison, in other countries standard retirement age is 70 years or even appointment for life.

Tharoor also spoke about the staggering vacancy rates in judicial positions, adding that "Justice delayed is justice denied but how can we deliver justice when 406 posts are lying vacant in 25 High Courts across the country. This once drove a sitting CJI to tears before the Prime Minister but even his tears seem to have left the government unmoved."

Tharoor also brought up the issue of judicial pendency and pointed out that between 2010 and 2020, pendency has grown by 2% annually. To drive home his point, he added that even if no new cases were to be filed now on, the time taken to dispose off currently pending cases would be 1.3 years for the SC and 3 years for the HCs.

Pointing out that India had among the lowest judge-to-population ratios in the world, Tharoor urged the government to look into the conditions of service of judges, increase in retirement age, filling up of vacancies and reduction of pendencies.

Tharoor spoke on the issue of Independence of Judiciary, adding how having decent conditions of service would strengthen the cause of independence of judiciary too."

The earlier a judge retires, greater the need for post-retirement activity and consequently greater his/her vulnerability to the blandishments of the government of the day," he added.

Carrying on, he added:

"We are witnessing the executive's overarching, sometimes invisible and occasionally direct control over judiciary contrary to Art.50 of the Constitution. A number of judges have been transferred indiscriminately even when their retirements are only a few months away. Atleast two of these judges had ruled unfavourably for the government's point of view for the Ishrat Jahan and Sohrabuddin case.Sticks are balanced with carrots. We see the appointment of former CJI as a Rajya Sabha MP."

Referring to the demolition of Babri Masjid that took place on 6th December, Tharoor added that there had been a "failure on part of the judiciary to stem the irresistible tide of militant majoritarianism."

"We are meeting the day after the anniversary of the act of demolition of a place of worship it is only fitting to recall how that act of vandalism was in effect legitimised by the Court," he added.

"The Court has deferred many lawsuits challenging government's actions. The goverment was awarded a clean chit in the Rafale case on the basis of sealed covers. This is utter disregard for sound legal principles. Habeas Corpus petitions have been kept pending before the J&K HC. And it noteworthy to note that Rule 8, of HC Caseflow Management Rules clearly states that Habeas Corpus petitions must be disposed off within 15 days. Many commentators have contrasted this with the urgency with the writ of the editor of a television channel was heard. Similar urgency in cases involving critics and ordinary citizens would be the true sign of a Court that carries out its functions independently."

Tharoor also shared his opinion that the Courts have shown lassitude in hearing petitions challenging Citizenship Amendment Act, demonitisation and S.435 of UAPA denying bail to dozens of dissidents. He also pointed out that despite a 2013 Gauhati High Court ruling that CBI is unconstitutional body, the Supreme Court has stayed the judgement and not heard the matter.

"By its continued inaction the court has not just allowed the government's actions against the citizens to go unpunished, but has led to some critics to ask whether the SC should also be considered an accomplice to the violations of rights granted by the Constitution."

"The judiciary's inactions almost always favours those in power. When courts fail to hear cases against the government, it is by default deciding in favour of the government. That is the concern."

Members from the Treasury Benches raised objection over these comments alleging that they amounted to commenting on the judges which was prohibited under Article 121 of the Constitution.

Art.121 provides that "No discussion shall take place in Parliament with respect to the conduct of any Judge of the Supreme Court or of a High Court in the discharge of his duties except upon a motion for presenting an address to the President praying for the removal of the Judge as hereinafter provided"

The Speaker of Lok Sabha assured the MPs that he would look into the comments and remove anything that was objectionable.

Tharoor completed his speech by urging the government to propose a larger Bill to address the issues of increase the retirement age, reduce pendency, fill vacancies, eliminate post-retirement appointment in government or have a cooling-off period and guarantee the independence.

"The speaker gave the example of US Supreme court judges being appointed by the President, was he hinting that a similar system is going to be introduced in India? Is this the prelude? Is the ruling government indirectly trying to threaten the judiciary?" MP Maran questioned.

"There is already suspicion within the common man that you are influencing the judiciary. Do not unnecessarily rock the judicial system," he added.

MP Dayanidhi Maran urged the government to bring in laws to raise common retirement ages to 65 or 67 years of age and have regional benches of the Supreme Court. Raising the issue of lack of social diversity in the appointment of judges, Maran added,"There is no social diversity in the appointment of judges. There is no equal representation for women. In 71 years, there has not been a single Scheduled Tribe appointed as SC judge. Only 5 people from Scheduled Caste have been appointed to the SC. Only one particular community seems to be dominating the entire judicial community."

"In Calcutta HC, collegium recommendations despite being reiterated are not being cleared. If a lawyer belongs to BJP, his cases are being appointed in rocket speed. I am not questioning their suitability but the discriminatory attitude of government.", he added.

Taking up the issue of judicial vacancies, MP Banerjee pointed out that the government keeps talking of the number of appointments made but maintains silence over the issue of vacancies.

He also raised the issue of transfers of High Court Chief Justices, in light of the recent transfer of CJI of Madras High Court Justice Sanjib Banerjee.

"The way Chief Justice Sanjib Banerjee has been transferred from Madras HC to Meghayala is not acceptable. Why has this been done? Because he criticized the Election Commission. Why the Central government did not come forward for the impeachment of the 4 judges who said there is no democracy in the country?" he asked.

Adding that Chief Justice "was not losing anything" by way of this decision, he requested the Collegium to reconsider its decision.

MP Banerjee also raised the issue of elevation of lawyers to the Bar and the criteria therein. He pointed out that despite the Constitution provides that anyone with 10 years of practice can be elevated, the Collegium in its own wisdom had decided have minimum age of 45 years as a qualifying criteria.

"Thereby depriving the country of good lawyers the opportunity to become judges. What was the age of Justice D.Y.Chandrachud when he was elevated? He was 40-41. What a great judge he is! Justice Dipankar Dutta of Bombay HC appointed at the age of 40-41 years is doing a great job. I request the Collegium kindly decrease the age for appointments."

MP Arvind Sawant from Shiv Sena  pointed out that the problem of stalling Collegium Recommendations comes in because there is no time limit specified on the appointment of judges. He recommended that the country must have a system of waiting list in place.

Commenting on the independence of the judiciary, he added:

"There are apprehensions that people with certain ideological affiliations are being appointed. That these kinds of apprehensions are arising should itself be problematic for the government."

Speaking of the interim protection from arrest granted to Param Bir Singh, and SC orders staying OBC quota in local body elections, MP Sawant added:"In our state, a Commissioner of Police is absconding and has finally appeared before the SC. The SC says don't arrest him, he is above the law. Again the dates have been enhanced...it says don't arrest him till 11th January. Who is guiding the Supreme Court? Therein lies the discrimination and doubt about the institution."

MP Vanga Geethavishwanath of PRAP raised the issue of under-representation of women in higher judiciary and urged the government to address the issues of social diversity and gender diversity. Raising the issue of alleged nepotism in the judiciary, the MP added:"There are reports that suggest that 50% of the judges of higher courts are family members of those in the higher echelons of judiciary. There is need to replace Collegium System with NJAC like system."

Even while raising issues concerning the judiciary, most parliamentarians expressed their support of the Bill. MP Pinaki Misra from the Biju Janta Dal expressed his concerns with the manner in which the government had brought about the Bill.

He pointed out that the Gauhati and Madhya Pradesh HC clarified that "from" in the said HC and SC (Salaries and Conditions of Service) Acts would mean the day you entered the age. He further pointed out that these judgements were challenged before the SC and the Court set dismissed the petition in 2019.

He pointed out that the government, by bringing in the present "validating Act" was trying to nullify the Gauhati HC judgement.

"Instead of being graceful and accepting the Mandamus of the HCs, a validating Act is being brought in. Parliament cannot nullify a mandamus by enactment. It would be impermissible exercise of power," he added.

MP Pinaki Misra also talked about the system of judicial appointments and suggested that an amended form of NJAC be brought into place."

If the government had not dug its heels in, the Supreme Court would have accepted NJAC with a little bit tweaking. Even today it is not too late to go back with a fresh NJAC," he added.

Urging the government to resolve the issue of pendency of cases in lower courts, he added:

"We distinguish ourselves from China by saying we have Rule of Law. What is the purpose of Rule of Law if we have 4 crore pending cases in the lower courts?"

MP Pinaki Misra also supported the idea of increase in retirement ages of judges but added that post-retirement appointments should not happen. He advocated for a uniform retirement age of 67 years with a choice of "election" to judges to either serve in tribunals or high courts/ Supreme Court.

Lok Sabha is to continue at 11 AM today for discussing and passing the Bill.