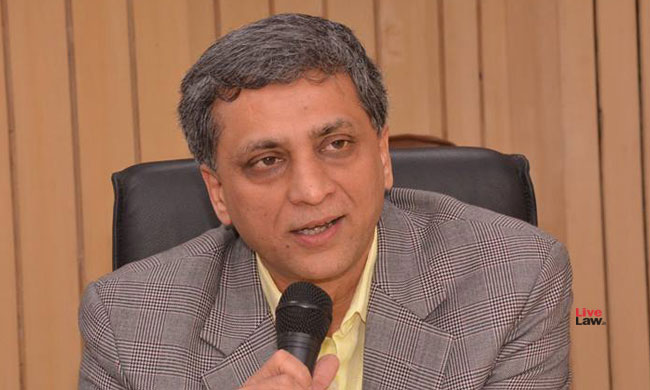 Senior Advocate Shyam Divan, appearing for some of the petitioners in the matter relating to interpretation of Section 24(2) of the new Land Acquisition Act, requested for the recusal of Justice Arun Mishra from the Constitution Bench on grounds of reasonable apprehension of bias.Divan submitted that predisposition of a judge to a particular view raises reasonable doubt of bias. He...

Senior Advocate Shyam Divan, appearing for some of the petitioners in the matter relating to interpretation of Section 24(2) of the new Land Acquisition Act, requested for the recusal of Justice Arun Mishra from the Constitution Bench on grounds of reasonable apprehension of bias.

Divan submitted that predisposition of a judge to a particular view raises reasonable doubt of bias. He highlighted that the Constitution Bench headed by Justice Mishra has to examine the correctness of the 2018 decision in Indore Development Authority case, which was authored by Justice Mishra himself.

It may be tough to change Justice Mishra's views as he had given elaborate reasons for declaring the 2014 decision in Pune Municipal Corporation case per incuriam, argued the senior counsel.

Reference was made to the observations of Justices Chelameswar and Kurian Joseph in the NJAC judgment that reasonable doubt entertained by a litigant about the partiality of the judge is a ground for recusal.

Bias need not be based on financial interest, personal connections or subject-matter interest.

"Bias may be defined as a pre-conceived opinion or a pre-disposition or pre-determination to decide a case or an issue in a particular manner, so much so that such pre-disposition does not leave the mind open to conviction. It is, in fact, a condition of mind, which sways judgments and renders the Judge unable to exercise impartiality in a particular case", Divan quoted from the SC precedent in State of West Bengal v S Pathak (1998) 5 SCC 513.

Divan quoted this paragraph as an example of judicial bias pic.twitter.com/LDGb3ZqOqz

That judgment had dealt with bias on account of 'judicial obstinacy', which was explained as follows :

If a judgment is overruled by the higher court, the judicial discipline requires that the Judge whose judgment is overruled must submit to that judgment. He cannot, in the same proceedings or in collateral proceedings between the same parties, re-write the overruled judgment. Even if it was a decision on a pure question of law which came to be overruled, it cannot be reiterated in the same proceedings at the subsequent stage by reason of the fact that the judgment of the higher court which has overruled that judgment, not only binds the parties to the proceedings but also the Judge who had earlier rendered that decision. That Judge may have his occasion to reiterate his dogmatic views on a particular question of common law or constitutional law in some other case but not in the same case. If it is dome, it would be exhibitive of his bias in his own favour to satisfy his egoistic judicial obstinacy.

When Justice Mishra replied that the Constitution Bench was not sitting in appeal over the Indore Development Authority decision, Divan submitted that the correctness of that decision was an issue referred to the Bench.

Actual existence of bias is not needed for recusal of judges. A reasonable likelihood of existence of bias affecting perception of judge being impartial is sufficient for recusal, submitted Divan relying on State of Punjab v Davinder Pal Singh Bhullar (2011) 14 SCC 740.

The cardinal principle is justice must not only be done, but also seen to be done.

During the course of hearing, Justice Mishra became upset with Divan using the word "impartiality" constantly.

"I take exception to the word impartial. I am hurt by it. If you want to argue like this and insult the court, you continue", said Justice Arun Mishra.

Divan clarified that there was no intention to insult the bench and that the request was in the interests of institutional integrity.

Justice Ravindra Bhat asked whether the fact that a judge has expressed a particular view should be ground for recusal. A judge can always change his views based, he said. Justice Bhat cited the example of a judgment where Justice Sabyasachi Mukherjee was part of the larger bench that was considering correctness of his own judgement.

On this, Divan submitted "There is a march of the law to improve and strengthen the institution".

The arguments will continue tomorrow.

During the pre-lunch session, Justice Arun Mishra expressed strong displeasure at the comments in media and social media against he heading the heading the Constitution Bench.There were attempts to malign the institution by raising questions about the bench, he said.

"We are only deciding the question of law. The ultimate question is that of conscience. If I have any doubts about my impartiality in the matter, I will be the first person to recuse", he said.

Solicitor General Tushar Mehta supported Justice Mishra's observations against media comments. The Solicitor General said that there was an emerging pattern of parties to the case approaching media and social media with comments against the bench shortly before the hearing with the intention of influencing the court.

Seeking to dispel apprehensions of bias, Justice Mishra asserted that he was open to taking a view different from Indore Development Authority case, if persuaded.

All India Farmer Association had shot of a letter to the CJI seeking Justice Mishra's recusal from the case.

As per Section 24(2), acquisition proceedings initiated as per the Land Acquisition Act 1894 five years before the commencement of 2013 Act will lapse, if "compensation has not been paid" to the land owners.

In the 2014 decision Pune Municipal Corporation v Harakchand Misiramal Solanki, a 3-judge bench comprising of then CJI Justice RM Lodha and Justices Madan Lokur and Kurian Joseph held that mere deposit of compensation in government treasury cannot be regarded as payment made to the land owner and acquisition proceedings under the 1894 Act will lapse in such cases. If there is refusal of land owner to accept compensation, the amount should be deposited in Court as per Section 31 of the Land Acquisition Act, the bench held.