"You Cannot Compare Those In Army With Those Who Want To Race": SC Rejects Plea By Sikh Cyclist 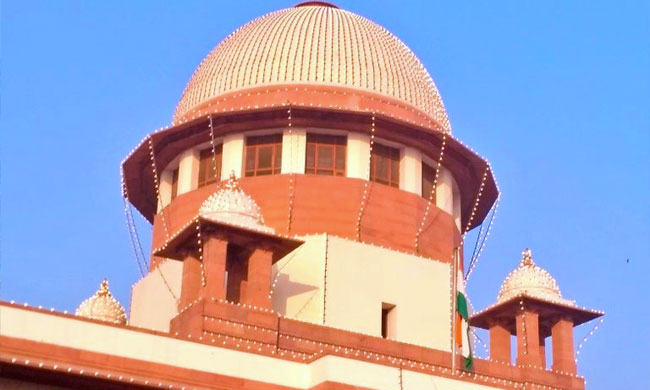 A turbaned Sikh, barred from participating in a sporting event without a helmet or protective gear, cannot claim discrimination or interference with his religious rights, the Supreme Court said on Tuesday. The top court refused to interfere with the alleged disqualification of a Delhi-based 50-year-old Sikh cycling enthusiast from a long-distance cycling event for refusing to wear...

A turbaned Sikh, barred from participating in a sporting event without a helmet or protective gear, cannot claim discrimination or interference with his religious rights, the Supreme Court said on Tuesday.

The top court refused to interfere with the alleged disqualification of a Delhi-based 50-year-old Sikh cycling enthusiast from a long-distance cycling event for refusing to wear a helmet.

A bench of Justices S A Bobde, S K Kaul and Deepak Gupta also took strong exception to the submission of petitioner Jagdeep Singh Puri that if Army can allow a Sikh to wear a turban on the line of duty, how can the organisers of a sporting event object.

"You cannot compare those in Army with those who want to race. In Army, you have a duty to serve the nation. There cannot be any discrimination. You cannot join Army and say I would not go to war. But on other hand you can buy a cycle and choose not to participate in a cycling race," the bench said.

It added that a Sikh person who joins the Army has a bounden duty to serve the nation and this fact cannot be compared to a person wanting to participate in a sporting event.

"This is not an issue of discrimination or interference with anybody's religious rights. It is not about faith or duty," the bench said.

It also refused to give any directions to the government and to the private cycling associations for allowing Sikhs without helmets to participate in cycling events.

The top court also restrained itself from commenting on the larger issue of whether wearing a turban was an essential part of Sikhism or not, saying it could be adjudicated by a civil court.

It also directed the petitioner to make the representations with the government, which would consider it and decide in accordance with the laws.

On July 6, last year, the apex court had agreed to examine the plea of Puri and issued a notice to the Centre and the organiser of the long-distance cycling (Randonneuring) event.

Puri had sought formulation of guidelines for the protection of fundamental rights of persons belonging to turbaned Sikh community who participate in such social or sporting events.

The court had appointed senior advocate C U Singh as amicus curiae (friend of court) and advocate Subrat Birla as the second amicus to assist it in the matter.

"His disqualification owed to wearing a turban instead of a helmet. AIR maintains that its rules disallowed any exceptions and that all had to wear the helmet, including turbaned Sikhs. The petitioner was discriminated against on religious grounds and disqualified," Puri had said.

He had contended that all laws concerning motor vehicles and vehicular movement provide exemption to Sikh riders from wearing helmets, including those in the military and other public functionaries.

Earlier, he had said the USA Army since 1980s had a strict uniform policy but it had recently made a relaxation to accommodate religious identities and allowed their armed Sikh personnel to don turbans if it formed part of their belief.

The plea filed by Puri said, "The question faced by this court does not concern a tussle between safety and religious freedom. It is submitted that Article 25 enshrines the freedom to practice religion subject only to public order, morality and health".

It said cycling without helmets does not endanger health, as the state and legislature have time and again interpreted the restriction of health to include an exception for turbaned Sikhs.

"In other words, public policy has exempted donning of helmets for turbaned Sikhs, thus carving an exception to Article 25 (freedom of conscience and free profession, practice and propagation of religion) subservience to health," the plea said.

It said that when section 129 of the Motor Vehicles Act, 1988 clearly exempted turbaned Sikhs from wearing any protective headgear while riding motorcycles or motor powered vehicles, then why does it not apply to pedalled cycles.

The plea claimed that organisers of the cycling event have justified Puri's disqualification, saying he was urged to wear a helmet but had refused.