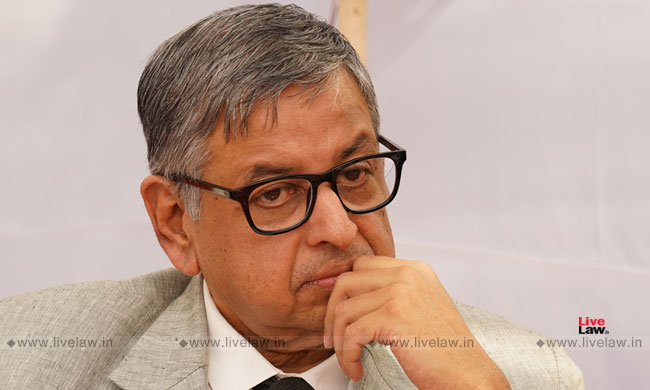 The Supreme Court observed that its single bench while hearing a Transfer Petition cannot invoke power under Article 142 of the Constitution to pass a decree for dissolving a marriage by mutual consent.

In this case, the parties (husband and wife) to a transfer petition before the Supreme Court filed a joint application for divorce by mutual consent of the parties. They requested the court to invoke jurisdiction under Article 142 of the Constitution of India, and to dispense with the compliance of some of the procedural formalities and timeline contemplated in Section 13B of the Hindu Marriage Act. The transfer petition was filed by the wife seeking transfer of the divorce petition filed by the husband from the Family Court, Pune, Maharashtra to the Principal Judge, Family Court, Gautam Budh Nagar, Uttar Pradesh.

Justice Aniruddha Bose observed that, since the provisions of Article 142 of the Constitution of India vests the Court with the jurisdiction to pass any order or decree to do complete justice in any cause or matter pending before it, a Judge sitting singly has the power and jurisdiction to issue orders or pass decrees as specified in the said Article. The judge referred to recent judgment in Rhea Chakraborty vs. State of Bihar in this regard.

"It would be evident from sub Clause (2) of Article 145 that subject to the provisions of Clause (3) thereof, rules made under the said Article may fix the minimum number of Judges who are to sit for any purpose and such rules may provide for the powers of Single Judges and Division Courts. The power or jurisdiction of a Single Judge is derived from the proviso to Order VI Rule (1) of the Supreme Court Rules, 2013. I have reproduced the said Rule in the preceding paragraph. The present petition for transfer comes within the domain or jurisdiction of the Judge sitting singly. Since the provisions of Article 142 of the Constitution of India vests this Court with the jurisdiction to pass any order or decree to do complete justice in any cause or matter pending before it, a Judge sitting singly has the power and jurisdiction to issue orders or pass decrees as specified in the said Article.", the court noted.

However, the court noted that, while a Single Judge of the Court can exercise jurisdiction under Article 142 of the Constitution of India, this power or jurisdiction has to be confined to the four categories of cases referred to in the proviso to Order VI Rule (1) of the 2013 Rules only, or on subjects ancillary or directly relatable to them.

"Referring a case forming the core dispute in a transfer petition to mediation obviously comes within the subjects relatable to the lis pending before the Court. Annulment of marriage, however, in my view, cannot come within these four categories. I am of the view that while sitting singly this Court does not have the jurisdiction to take a decision on that plea made in the joint application. One of the preconditions for exercise of jurisdiction under Article 142 of the Constitution of India in passing order or decree for doing complete justice is that the cause or the matter in which the Court intends to invoke the provisions thereof must be pending before it. Annulment of marriage cannot be linked to any cause or matter pending before this Court in the facts of the given case. The transfer petition arose out of matrimonial dispute between the parties, but the expression 'cause or matter pending before it' cannot be stretched to cover all disputes originating from such matrimonial problem that can be resolved by this Court, sitting singly, while hearing a transfer petition. I am not expressing any doubt on the jurisdiction of this Court under Article 142 of the Constitution of India to pass decree to dissolve a marriage on consent of the parties without adhering to the timeline and other procedural formalities stipulated in Section 13B of the 1955 Act. But I do not think that while sitting singly, such a decree can be passed having regard to the provisions of the Supreme Court Rules, 2013.", the Court said.

The court therefore observed that the joint application ought to be dealt with by a Bench comprising of two or more Judges.