Single Benches Of SC To Hear Transfer Petitions, Bail Matters Of Offences Punishable With 7 Yrs Imprisonment From May 13 [Read Circular] 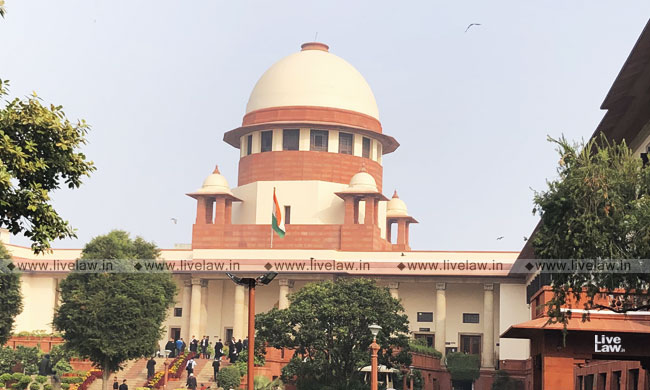 Single benches of Supreme Court will hear transfer petitions and special leave petitions arising out of bail orders with respect to offences punishable up to seven years imprisonment from May 13.

The Supreme Court Rules, 2013, have been amended to stipulate the categories of matters which can be heard and disposed of finally by a Single Judge Bench.

In exercise of powers conferred by Article 145 of the Constitution of India and with approval of the President of India, a proviso has been inserted in Order VI, Rule 1 of the 2013 Rules, which enumerates the following categories of matters which can be heard by a Single Judge who is nominated by the Chief Justice:

1. Special Leave Petitions arising out of grant, dismissal or rejection of bail application or anticipatory bail application in matters filed against the order passed under Section 437, 438 or 439 of the CrPC, involving offences punishable with sentence upto 7 years imprisonments.

2. Application for transfer of cases under Section 406 of CrPC.

3. Application of an urgent nature for transfer of cases under Section 25 of Code of Civil Procedure. 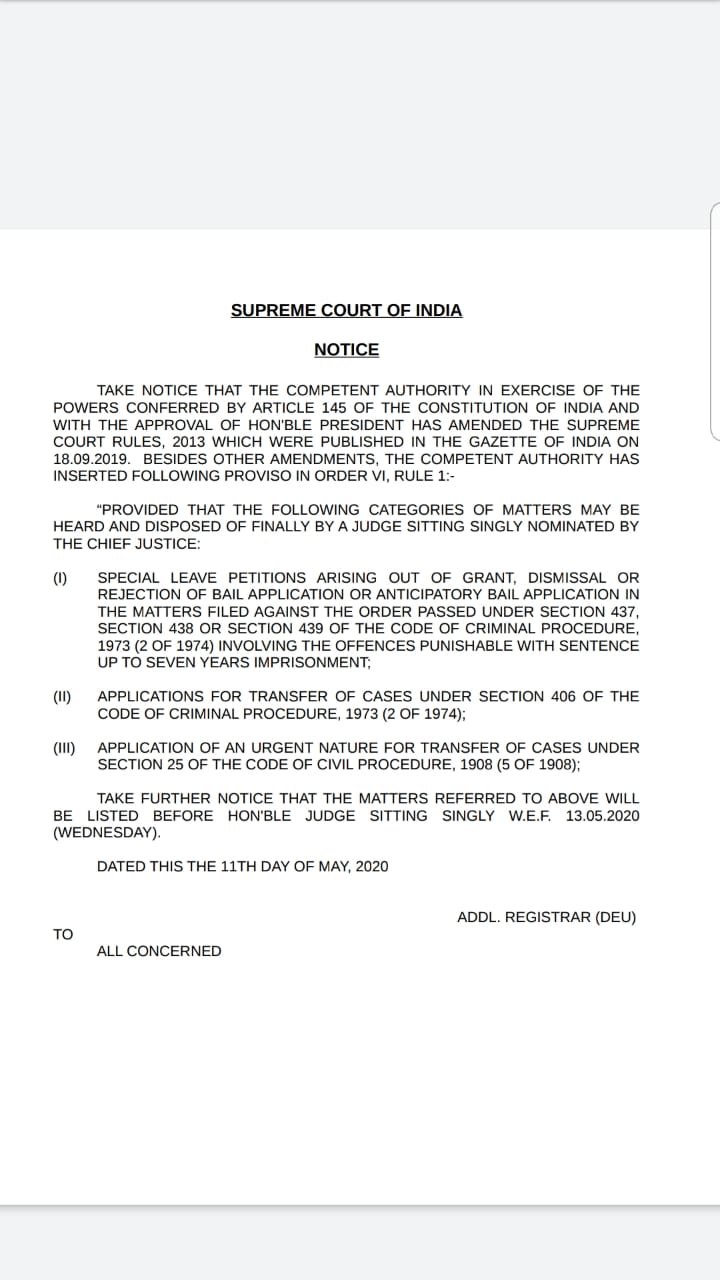