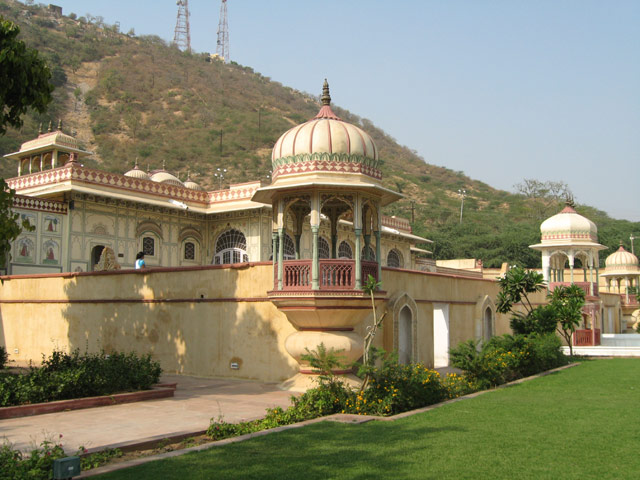 The Supreme Court on Monday set aside the blanket ban imposed by the National Green Tribunal on organizing social functions like marriages and other events in 'Sisodia Rani Ki Bagh', an 18th-century historical site near Jaipur, Rajasthan.Partly allowing the appeal filed by The Director, Department of Archaeology and Museums, Jaipur, a bench comprising Justices Arun Mishra and S Ravindra Bhat...

The Supreme Court on Monday set aside the blanket ban imposed by the National Green Tribunal on organizing social functions like marriages and other events in 'Sisodia Rani Ki Bagh', an 18th-century historical site near Jaipur, Rajasthan.

Partly allowing the appeal filed by The Director, Department of Archaeology and Museums, Jaipur, a bench comprising Justices Arun Mishra and S Ravindra Bhat held that the monoument may be used for "multi-purpose activities" between 8 AM and 8 PM.

No activity is permitted after 8.00 P.M. The top court however sustained the NGT's ban on use of laser lights, loud music, and fireworks.

The Court also said that it will monitor the beautification and developmental works of the site.

'Sisodia Rani Ki Bagh' was built in the year 1728 by Maharaja Sawai Jai Singh as a gift to his adorable queen. The structure of the Garden is a perfect example of the Mughal and Indian style of architecture. The Garden has the elegant and graceful fountains, water channels, and many painted pavilions. It holds many murals and paintings that depict the theme based on the legends of Lord Krishna and Radha. It is widely regarded as a symbol of love and served as a summer retreat to the crowned heads and royal ladies.

A PIL was filed by one Ashish Gautam before the Rajasthan High Court seeking directions to protect the wildlife in the reserve forest near the site. The petition was transferred to the NGT, which imposed the ban in 2014.

The apex court noted that there were appropriate regulations in place for the functions, and the blanket ban was not justified. The Court observed :

"The tourist timings are 8.00 A.M. to 8.00 P.M. During that time, considering the importance of the historical Monument and it is in encircled structure by wall and its potentiality there cannot be any objection for its being used for multipurpose appropriate activities. At the same time, there is in place a noise restriction, the same has to be strictly observed. Besides, the Government has imposed several other restrictions in the area. In addition to that, it is also to be ensured that no fireworks take place in and around the Monument to prevent noise and air pollution.

Restriction on the use of laser light is also required. Beautification of Garden with ornamental plants of rare breed and flowering plants is also required. It is necessary to maintain and keep in order the musical and other fountains. However, the blanket ban imposed by the Tribunal was not called for as area can be used for appropriate functions and for holding events to attract tourists. No inconvenience is going to be caused in the area considering the situation of Monument.

In the writ petition itself, a prayer was made pertaining to the safety and security of wildlife and not to allow laser lights, loud music and firework"

The following directions have been passed by the top court :

(ii) The use of laser lights, loud music, and fireworks is ordered to be completely restrained.

(iii) Musical and other fountains to be maintained and to be kept in working order.

(iv) Other conditions imposed by the Department be observed strictly.

(v) Let requisite supervisory and other staff/gardeners, etc. be dedicated to maintain and look after the area.

(vi) We direct that a Consultant be appointed for further beautification of the area and requisite horticultural development and an additional project plan be prepared and placed on record.