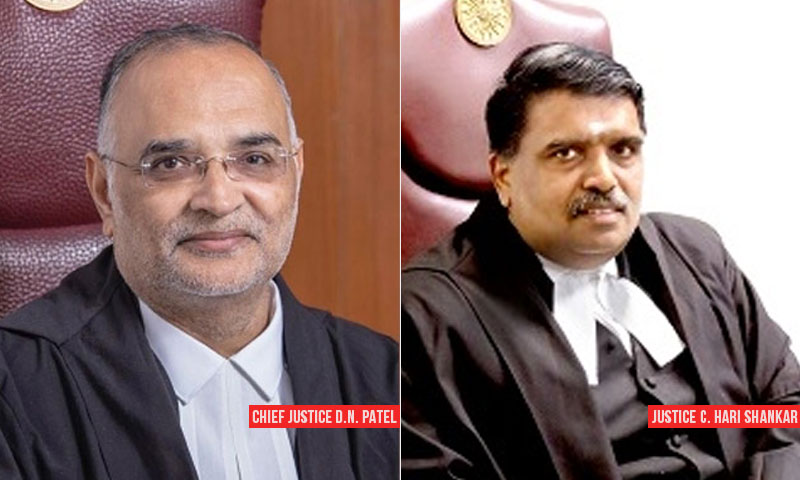 A bench comprising Chief Justice D N Patel and Justice C Hari Shankar of Delhi High Court on Thursday adjourned the hearing of the petition filed by activist Harsh Mander for enquiry into Delhi Riots and action against politicians who allegedly incited violence until April 13.Accepting the submission of Solicitor General Tushar Mehta that the situation was not "conducive" for registration of...

A bench comprising Chief Justice D N Patel and Justice C Hari Shankar of Delhi High Court on Thursday adjourned the hearing of the petition filed by activist Harsh Mander for enquiry into Delhi Riots and action against politicians who allegedly incited violence until April 13.

Accepting the submission of Solicitor General Tushar Mehta that the situation was not "conducive" for registration of FIR, the Court granted Union of India three weeks time to file counter affidavit in the case.

The SG submitted an affidavit stating the decision of the Delhi police to defer taking a decision on the plea for FIRs. The bench was also told that many FIRs have been registered in respect of incidents of arson and destruction of properties.

"SG had submitted before the court that the Union is seized of the matter. Further, it was submitted that Police has gone through all the videos and needs more time to take appropriate action as the situation is not conducive today. Rahul Mehra, Standing Counsel Delhi Government, informed the court that till now 48 FIRs have been registered. In light of these developments, Union of India is granted 3 weeks to file a counter affidavit", the Court noted in the order.

Senior Advocate Colin Gonsalves, counsel for the petitioner, sought for closer date by saying "10-12 people are dying every day".  The bench did not heed to this and proceeded to fix the next date of hearing as April 13.

Yesterday, a bench comprising Justices S Muralidhar and Talwant Singh directed the Delhi Police Commissioner to "take a conscious decision"  by today on registration of FIR in respect of inflammatory speeches allegedly made by politicians including but not limited to BJP leaders Anurag Thakur, Pravesh Verma, Kapil Mishra and Abhay Verma.

That bench had played out the video clips of speeches of these leaders in Court, when the police officer present in Court and the SG claimed that they had not seen them.

The SG 's similar submission yesterday that the situation was not 'conducive' for FIR was dismissed by Justice Muralidhar by asking  "'What's the appropriate time, Mr Mehta? The city is burning"

Senior Counsel Colin Gonsalves, appearing for petitioner Harsh Mander, urged the Court to pass directions for registration of FIR against the politicians for hatespeech.

"You can have strong protests and society can remain peaceful. However, these slogans disrupted everything. People were asked to go and kill. Most evil thing to do is to preach hatred which resulted in multiple deaths. If these hate speeches have resulted in murder, these leaders should be booked for murder, and not just for making hate speeches. These persons are very highly placed leaders in the ruling party. If they can say such things, what can we expect from ordinary people", he submitted.

He said that the court needed to send out a message that no one will be spared for making hate speeches. The dictum in Lalithakumari case straightaway applies in the instant case, he submitted.

Gonsalves also submitted that the earlier bench had expressed a "prima facie" view regarding the need for registering FIR, and sought for follow up action on that direction.

Gonsalves: You can clearly link acts of violence to the content of these hate speeches#DelhiRiots2020#DelhiHighCourt

Senior Advocate Chetan Sharma, appearing for 'Lawyers Voice' (which has filed an application for FIR for alleged hatespeech by Sonia Gandhi, Rahul Gandhi, Asaduddin Owaisi, etc) also made submissions during the hearing.

He said that the violence during the visit of US President Donald Trump was calculated.

"Why did all this happen during President Trump's visit. Who asked people to come to the streets? Arrest them!", he submitted.