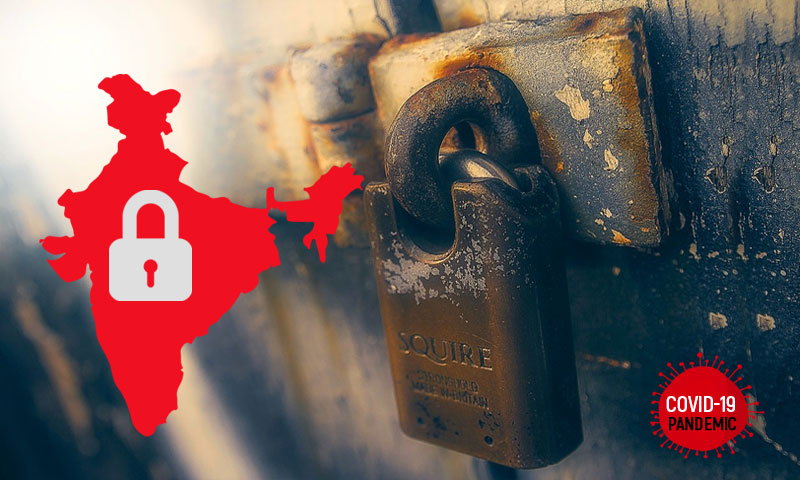 Six retired bureaucrats have moved the Supreme Court through Advocate Prashant Bhushan, seeking an independent inquiry by a Commission appointed under the Commissions of Inquiry Act, 1952, into the Central Government's "gross mismanagement" of the COVID-19 pandemic in India. "It is submitted that the response of the Respondent to the pandemic and the deleterious impact of the same on...

Six retired bureaucrats have moved the Supreme Court through Advocate Prashant Bhushan, seeking an independent inquiry by a Commission appointed under the Commissions of Inquiry Act, 1952, into the Central Government's "gross mismanagement" of the COVID-19 pandemic in India.

"It is submitted that the response of the Respondent to the pandemic and the deleterious impact of the same on the lives and livelihoods of citizens of the country is a definite matter of public importance and warrants appointment of a Commission under Section 3 of the said Act", the plea states.

Further, it is submitted that the importance of the inquiry resides in the fact that the Respondent has stalled an inquiry by the Parliamentary Public Accounts Committee (PAC) into the Respondent's response to the pandemic.

Filed by retired bureaucrats KP Fabian, MG Devasahayam, Meena Gupta, Somasundar Burra, Amit Bhaduri, and Madhu Bhaduri, the plea conveys that the Petitioners have "come together to file the present petition owing to the anxiety and concern over the Respondent's mismanagement and misgovernance of the COVID-19 pandemic and the deleterious impact it has had on the fundamental rights of Indian citizens".

The plea goes on to state that the inquiry is essential as multiple lapses have been committed on behalf of the Respondent such as their failure to "undertake timely and effective measures for containing the transmission of the disease within India" despite being notified about the same by WHO in January, 2020, and their failure to adhere to its "statutory obligations under the Disaster Management Act, 2005", including drawing up a National Plan under Section 11 or issuing guidelines for providing minimum standards of relief to vulnerable sections of society under Section 12.

It is further submitted that the Respondent has also failed to consult the National Task Force appointed by it on 18th March, which consisted of experts in the fields of epidemiology and public health, prior to imposition of the nationwide and its subsequent extensions.

"The Respondent ignored the advice of these experts and went ahead with imposing a lockdown that has spawned a humanitarian and economic crisis of Biblical proportions while at the same time failing to contain the spread of the disease".

The plea also highlights the failure of the Respondent to "make timely and targeted provisions for the inevitable impact of the lockdown viz. loss of jobs, loss of incomes, destruction of livelihoods, starvation, destitution and the exodus of migrant workers and daily-wage earners from cities to their respective hometowns/villages".

With respect to the safety of healthcare workers, the plea avers that the Respondent has exhibited lethargy and delay in ensuring adequate supplies of Personal Protective Equipment (PPEs).

The plea alleges that the lapses on behalf of the Respondent has led to a "severe infraction of the fundamental rights of people". Firstly, they failed to nip the problem in the bud as they did not conduct effective screening and surveillance of international passengers coming into India as well as carrying out a public awareness campaign in January itself.

The Respondents also did not make arrangements for the foreseeable migration of migrant workers back to their respective hometowns/districts, which led to the virus spreading to initially unaffected districts.

Thirdly, the manner of instituting the "arbitrary, irrational and without due consultation" lockdown by the Respondent with merely four hours notice has "had a devastating impact on jobs, livelihoods and overall economy. Nearly six crore people between the ages of 20 and 39 have lost their jobs in April itself and the livelihoods of 40 million migrant workers have been abruptly disrupted".

Further, the plea invokes the plight of the migrant workers who, in absence of adequate food and shelter provisions being provided by the Respondent, have been left to fend for themselves, with many walking thousands of kilometres to reach their hometowns/villages.

"Heart-wrenching stories of some migrants who perished on the way to their homes owing to starvation and exhaustion have been reported extensively in the media. It is submitted that de hors any advance planning or social security measures by the Respondent, the lockdown has deprived these migrant workers, daily wage earners and other vulnerable people of their right to livelihood, which has been held to be a part of right to life under Article 21 of the Constitution".

The plea also notes the compromise to the right to life of healthcare workers, including doctors, nurses and other medical staff, as the Respondent has exhibited "inexplicable delay in scaling up the procurement of PPEs".

"These healthcare workers are subjected to extremely high viral loads while treating COVID-19 patients in hospitals, and therefore, are at greatest risk of contracting the virus. However, in spite of the World Health Organization issuing guidelines as early as 27.02.2020 to countries for ramping up their production of PPEs to meet the global demand, the Respondent first relaxed the prohibition on export of surgical masks/disposable masks and gloves on 08.02.2020 and then prohibited export of PPEs including masks and gloves as late as 19.03.2020."

A severe paucity of PPEs took place at a critical time as it was only on 24th March, that the Respondent informed domestic PPE manufacturers about the specifications and quantites of PPEs that would be required. This delay and paucity forced healthcare workers' lives to treat patients without PPEs, thereby putting themselves at immense risk.

In light of the above, the plea prays for an independent inquiry by a Commission appointed by the Respondent under the Commissions of Inquiry Act, 1952, as per directions of the Supreme Court. The plea seeks for the Commission to be headed by a retired Judge of the Supreme Court, along with experts from the fields of public health, epidemiology, medical science, law, and social sciences.

"Such an inquiry would elicit the complete facts pertaining to the aforesaid lapses committed by the Respondent as well as provide valuable lessons for dealing with future pandemics of this nature", the plea states.