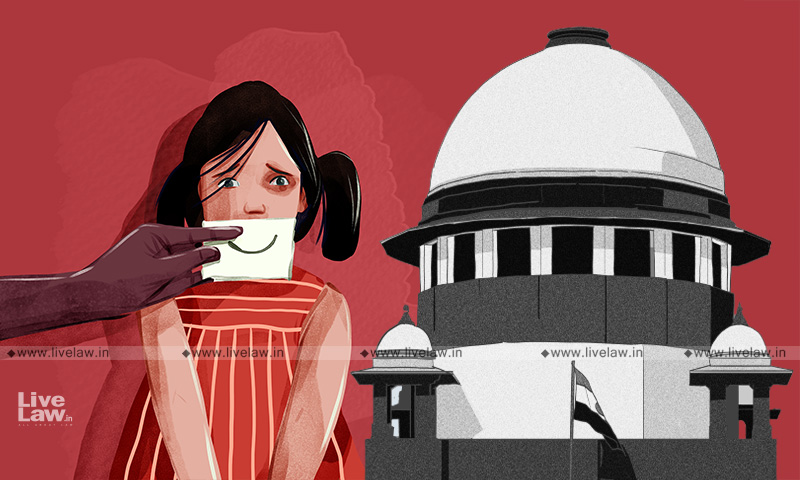 x
"POCSO is a special law intended to protect children who are far more vulnerable and that is why one cannot look at S.354 of the IPC and say its similar in nature", AG KK Venugopal argued.

The Supreme Court on Wednesday started hearing the plea by Attorney General for India against the acquittal of an accused in terms of Bombay High Court judgment which held that skin to skin contact is necessary to constitute sexual assault under S.8 of the POCSO Act. A three-Judge Bench comprising Justice UU Lalit, Justice Ravindra Bhat and Justice Bela Trivedi was hearing a batch...

The Supreme Court on Wednesday started hearing the plea by Attorney General for India against the acquittal of an accused in terms of Bombay High Court judgment which held that skin to skin contact is necessary to constitute sexual assault under S.8 of the POCSO Act.

A three-Judge Bench comprising Justice UU Lalit, Justice Ravindra Bhat and Justice Bela Trivedi was hearing a batch of pleas, including a special leave petition filed by the Attorney General for India against the controversial judgment passed by the Bombay High Court (Nagpur Bench) in case under the POCSO Act.

The Bombay High Court in its impugned order held that groping a child's breasts without 'skin-to-skin contact' would amount to molestation under S.354 of IPC but not a graver offence of 'sexual assault' under S.8 of the POCSO Act.

Learned AG further submitted that S.354 of the IPC (outraging the modesty of a woman) is meant for a woman and not a child of 12 years, as in the present case. He urged that "POCSO is a special law intended to protect children who are far more vulnerable and that is why one cannot look at S.354 of the IPC and say its similar in nature."

He brought the court's attention to the Mr Kailash Satyarthi's Report on the status of POCSO cases in India and cited the number of cases filed and investigation under the POSCO Act to emphasise the seriousness of the matter.

Further, he argued the judgment would mean that a man who sexually abuses a child after wearing a pair of surgical gloves will be acquitted. He argued that the judgement would lead to extraordinary situations where a person, knowing the law, would physically outrage a child by making them wear a blouse and claim that it is not sexual assault.

"If tomorrow a person wears a pair of surgical gloves and feels the entire body of a woman, he won't be punished for sexual assault as per this judgment. This is outrageous. Saying that skin-to-skin contact is required would mean a person wearing gloves getting an acquittal. The Judge clearly didn't see the far-reaching consequences", the AG had argued.

Finally, AG urged the Court to reverse the controversial judgment of the Bombay High Court and termed the judgment a "dangerous and outrageous precedent."

Senior Advocate Ms. Geeta Luthra, appearing for National Commission for Women, argued that skin-to-skin contact is not a necessary ingredient to constitute an offence under S.7 of the POCSO Act. She relied on a number of US Court of Appeal decisions that held that physical contact for an offence of sexual assault does not require skin-to-skin contact. She further submitted that the phrase 'any other act with sexual intent' under S.7 of the Act cannot be read ejusdem generis as had been done by the impugned Bombay High Court judgement. She submitted that "the phrase any other act is generic and all-encompassing and the principle of ejusdem generis does not apply". She submitted that all the four acts done by the accused in the case amounted to 'sexual assault' under S.7 of the POCSO Act and hence the learned Bombay High Court was wrong in holding that only S.354 under IPC was made out.

Senior Advocate Siddharth Dave, Amicus Curiae in the case, made extensive arguments based on the interpretation of S.3, S.7 and S.8 of the POCSO Act. He argued that what is of importance to constitute an offence under S.7 of the Act is whether there is a sexual intent or not.

"What is of importance is the sexual intent with which an act is done-it is the indicator whether an act falls under S.7 or not"-he argued.

He further submitted that in wording S.7, the legislature had travelled beyond the body parts which are generally sexual in nature- breasts, vagina, penis,etc- and included 'other body parts'. This, he argued, meant that sexual intent became of importance to constitute an offence under S.7 of the Act.

Justice Lalit quipped that the consideration of the court was limited to the question of whether skin-t0-skin contact is a requirement under S.7 or not. The questions of interpretation of the second-part of S.7 were not of relevance to the court.

Senior Advocate Siddharth Dave submitted that he will make reliance on the High Court decision to show that skin-to-skin contact is not required for an offence of sexual assault.

In Satish v State of Maharashtra, the Single bench of Justice Pushpa Ganediwala passed the impugned judgment while modifying the order of the Sessions Court which held a 39-year-old man guilty of sexual assault for groping a 12- year- old- girl and removing her salwar.

The High Court had acquitted an accused observing that groping of the breasts of a minor girl over her clothes will not amount to the offence of 'sexual assault' under Section 8 of POCSO. The court had sentenced the man to one year imprisonment for the minor offence under Section 354 IPC (outraging a woman's modesty).
Holding that there should be 'skin to skin' contact to attract the offence under Section 8 POCSO, the Court held that the act in question would only amount to a lesser offence of 'molestation' under Section 354 IPC. In the opinion of the Court, "the act of pressing breast of the child aged 12 years, in the absence of specific detail as to whether top was removed or whether he inserted his hand inside top, would not fall within the definition of 'sexual assault'."

The Bombay High Court had emphasised that "it is the basic principle of criminal jurisprudence that the punishment for an offence shall be proportionate to the seriousness of the crime". In the court's opinion, the punishment of three years was too stringent for the offence of touching a child's breast when there was no skin-t0-skin contact. It held that "considering the stringent nature of the punishment provided for the offence, stricter proof and allegations are required."

On January 27, a bench led by the then CJI Sharad Arvind Bobde stayed the operation of the judgment to the extent of acquittal under Section 8 of POCSO on mention made by the Attorney General for India and on his submission that the judgement sets a dangerous precedent.

This controversial judgement was challenged by the Attorney General of India by way of a Special Leave Petition. Later, appeals were also filed by the State of Maharashtra and National Commission for Women assailing the impugned judgment. This batch of pleas are being heard by the Supreme Court currently.