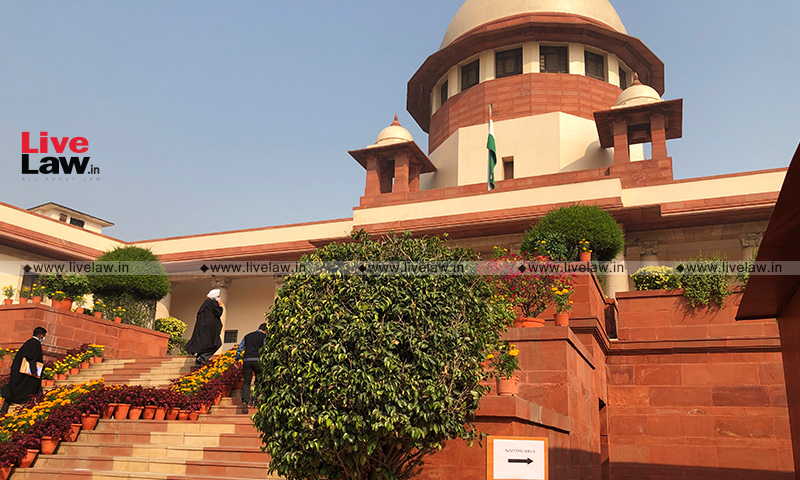 "While the constitution of Special Courts both at the Sessions level and the Magistrate level is desirable, no illegality can be attached to the constitution of Special Courts at Sessions level for trial of both Sessions cases and Magisterial Trial cases" Senior Advocate Vijay Hansaria has submitted before the Supreme Court.Mr Hansaria, who is the Amicus Curiae in the matter pertaining...

Mr Hansaria, who is the Amicus Curiae in the matter pertaining to constitution of Special Courts for trial of offences against MPs/ MLAs has made the submissions through his 15th Report submitted on 23rd November, through Advocate Sneha Kalita.

The Amicus has pointed out two issues which need to considered by the Court:

According to the Amicus, constitution of Special Courts at Sessions level for trial of both Sessions cases and Magisterial Trial cases is not illegal for following reasons:

The report is filed in the wake of the Supreme Court deciding to examine the issue whether Article 142 directions can override the statutory jurisdiction conferred on the Courts. The issue came before the Court after SP leader Azam Khan filed an application disputing the jurisdiction of Sessions Courts(which are notified as Special MP/MLA Courts) to try cases which are exclusively triable by Magistrates.

The Amicus has submitted that the Allahabad High Court and the State of U.P. along with other High Courts and State Governments may be directed to constitute Special Court both at the Sessions level and Magistrate levels in all the Districts.

The same may be done as considered appropriate by the High Court having regard to the number of cases and geographical location.

The Amicus has further submitted that the Special Courts may be directed to conduct the trial against the MP/ MLAs on priority and on day to day basis, and take up other cases only after the trial of criminal cases of MPs/ MLAs are completed.

It has been sought to be clarified that the Magisterial trial cases already concluded or pending trial will not be open to challenge only on the ground that the final judgement and the interim orders have been passed by the Special Court headed by an officer of the rank of Sessions Judge.

Neither the committal order nor taking of cognizance by magistrate are ingredients of a fair trial: Amicus

The Amicus has submitted that the absence of order of cognizance or a committal order by magistrate is an irregularity of procedure and does not result in failure of justice and the proceedings are saved by section 465 Cr.P.C.

Background: The Amicus Curies has filed the report as his submission in the following petitions being considered by a CJI led Bench:

The legal issue at hand before the Court relates to jurisdiction of the special courts which has been challenged stating that matters triable by Magistrate cannot be tried by special judge Court presided by District Judge Cadre officer as it will deprive them of right to appeal.

The petitioners have assailed the notification dated 16.08.2019 issued by the Allahabad High Court in so far as the cases triable by Magistrates are transferred to the Special Court headed by an officer of the rank of Additional Sessions Judge.