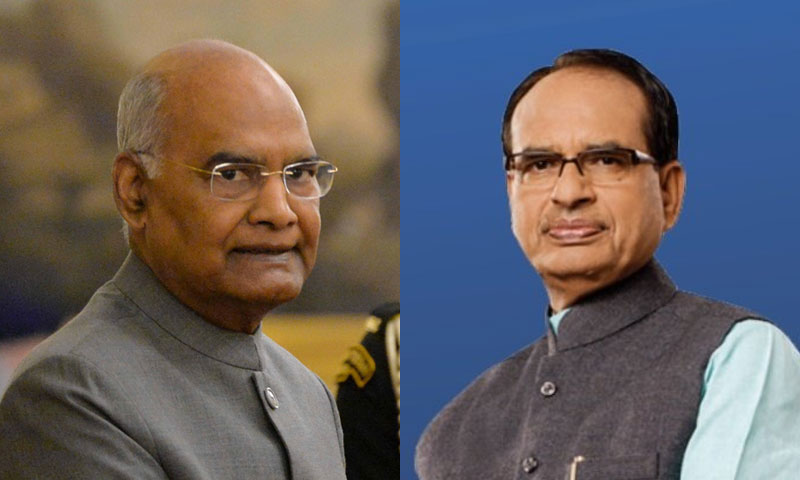 Senior Advocates and Rajya Sabha MPs Kapil Sibal and Vivek K. Tankha have written a letter to the President of India, raising concerns over alleged "undemocratic and unconstitutional functioning" of the Government of Madhya Pradesh without a Cabinet. The two MPs said that they had been "constrained to approach" the Union government in view of the "one man show" prevalent in...

Senior Advocates and Rajya Sabha MPs Kapil Sibal and Vivek K. Tankha have written a letter to the President of India, raising concerns over alleged "undemocratic and unconstitutional functioning" of the Government of Madhya Pradesh without a Cabinet.

The two MPs said that they had been "constrained to approach" the Union government in view of the "one man show" prevalent in the state.

As per them, the Governor of MP has promulgated two ordinances relating to appropriation of funds amid the outbreak of COVID-19 pandemic, at the aid and advice of the Chief Minister of the state Shivraj Singh Chouhan, alone.

They pointed out that such an exercise cannot be undertaken in light of Article 164 of the Constitution which mandates a 'Council of Ministers' to aid and advise the Governor in the exercise of his functions.

The MPs pointed out that even though almost a month had gone by since his appointment, the CM had failed to constitute a cabinet, resulting in administrative shortcomings.

They have stressed that in taking such "momentous fiscal decisions", collective application of mind and a sense of collective responsibility in the cabinet is essential. "In the absence of any discussion and deliberations in the Council of Ministers, as none exists there can be no Vote-on-Account. The whim and fancy of a one-man non government, unknown to law , cannot be the basis of taking recourse to Article 213 of the constitution, the Ordinance making power," they said.

The MPs have also taken exception to adopting the Ordinance making power in fiscal matters, as the same can be used only in "extraordinary circumstances".

"Adopting the Ordinance route to do this, as indicated above is, not only a constitutional anathema but even otherwise highly inappropriate and undesirable. A decision to undertake transactions involving huge sums of money, without a cabinet in political hara-kiri," they said.

"Here the conditions precedent in the exercise of that power do not exist. The Madhya Assembly is in place. The Council of Ministers can be constituted any day. The cabinet when formed can deliberate and discuss the possibility of a Vote-on-Account. Thereafter the Assembly can be summoned to take up the business relating to the Vote-on-Account. Without following the above procedure and taking recourse to Article 213 is clearly unconstitutional."

The MPs have thus urged the President to intervene in the matter to ensure that the State of Madhya Pradesh is directed to (i) Constitute a Council of Ministers; (ii) Consider and pass the Vote-on-Account by following settled constitutional procedures; and (iii) Withdraw the impugned ordinances.

In the absence of the above, they have urged that that President's Rule should be imposed in the state, if necessary, after summoning a report from the Governor of Madhya Pradesh.

Inter alia, the MPs also opposed the formation of a "Task Force" comprising of senior BJP leaders to advise the State Government in tackling the COVID-19 pandemic. "This Task Force has no sanctity in law, cannot be held accountable, yet controls the functioning of the one-man non government show; the death knell of democracy. The blatant exercise of such undemocratic decision-making cannot be countenanced," they said.

A similar letter was addressed to the President last week, whereby Mr. Vivek Tankha had highlighted the "unconstitutional" governance of Madhya Pradesh without a Cabinet at a time when the pandemic is leading to constant daily deaths in the State.

The Government under BJP leader Shivraj Singh Chouhan took oath on March 23, following the fall of Kamal Nath Government due to loss of majority in house caused by resignations by 22 Congress MLAs.

These political developments happened after the Jyotiradithya Scindia left Congress to join BJP.