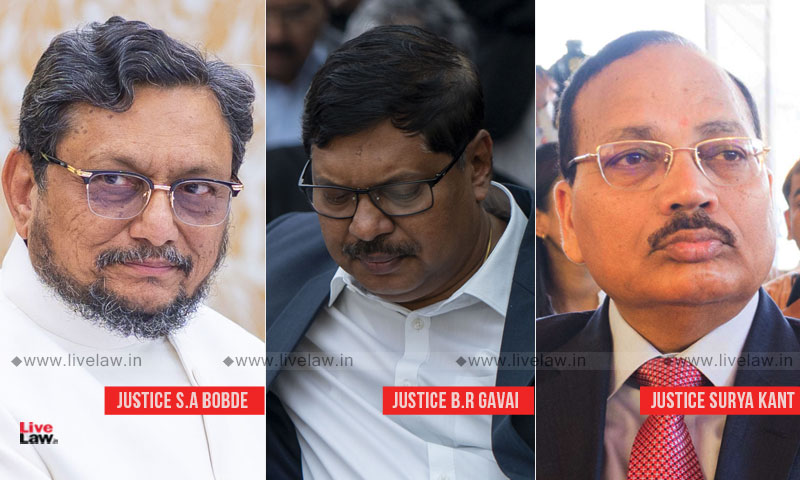 The Supreme Court, on Thursday, refused to scrap the declaration of result of the Staff Selection Commission (SSC) Combined Graduate Level (CGL) Examination 2017 and Combined Higher Secondary Level (CHSL) Examination 2017. The Bench of Chief Justice SA Bobde, Justices BR Gavai & Surya Kant observed that recommendations of the Committee dated 18.10.2019, which had been set up...

The Bench of Chief Justice SA Bobde, Justices BR Gavai & Surya Kant observed that recommendations of the Committee dated 18.10.2019, which had been set up to suggest measures to make entrance exams meant for jobs and admissions in educational institutions foolproof and to probe into alleged malpractice, said that it was not possible to record a conclusive finding that the entire examination process was "tainted" in light of paragraphs 10 and 11 of the report.

"We have, however, no doubt that the Committee duly considered the various aspects before recording the above conclusion. We are therefore, not in a position to accept Shri Bhushan's objections" the bench observed.

Advocate Prashant Bhushan, appeared for the petitioner and submitted that the recommendation suggesting scrapping of stay of the examination was incorrect.

Subsequently, Additional Solicitor General ANS Nadkarni, appearing for the Centre told the bench that the exam had already been conducted afresh for the paper which was allegedly leaked.

In light of this, Bhushan argued report of the committee and the CBI report also specifically laid down irregularities.

"The Committee report is neither here nor there!" he said.

To this, CJI Bobde replied,

"We had appointed the Commitee at your behest Mr. Bhushan. Did you make these representations before the Committee itself?"

While rejecting the plea of declaring the entire examination as "tainted", bench further directed that reforms suggested by the Committee for an overhaul in system must be implemented immediately without any delay.

The examination papers of the SSC CGL 2017 were allegedly leaked. In light of this, the SSC had recommended a CBI probe into the allegations of paper leak.

On August 31 last year, the court had stayed the declaration of result of SSC CGL and combined higher secondary level examination, in which lakhs of students had appeared, saying it seemed that the entire test and system was "tainted". The stay was however, later vacated on the condition of final outcome of the case.

The SSC Combined Graduate Level exam has a four-tier system, in which tier I and tier II are computer-based, while in tier III and IV, job applicants take up a descriptive paper and a computer proficiency test or skill test.