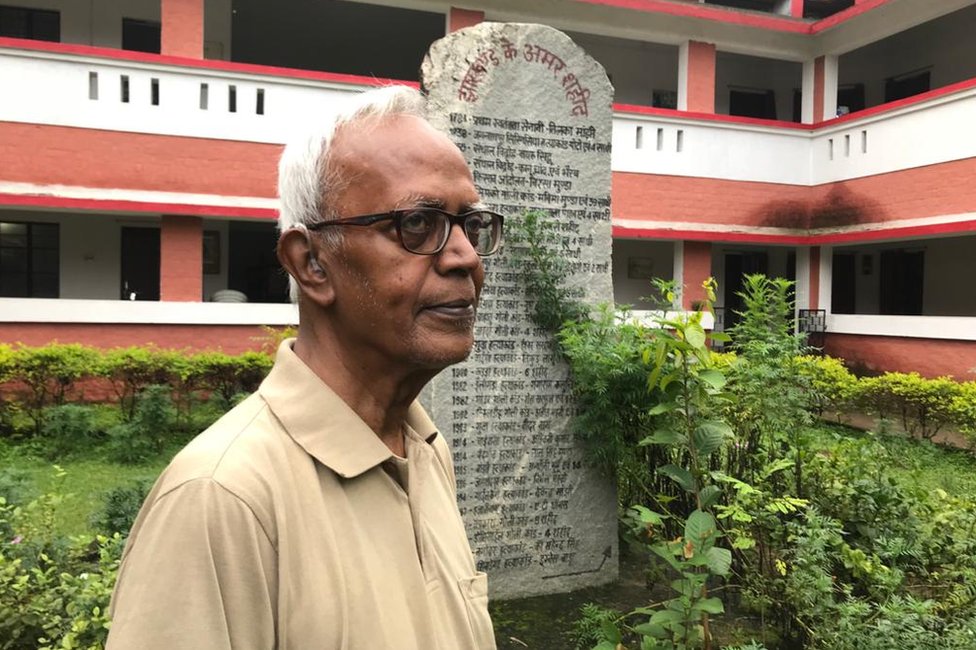 The Jesuit priest was arrested on October 8, 2020 and charged under various sections of the IPC and terror related offences of Unlawful Activities (Prevention) Act for allegedly furthering the cause of banned CPI (Maoist) through various civil rights organisations he is a part of. His application for bail was pending since November, 2020.

Father Stan, through his lawyer Sharif Sheikh, filed for bail on grounds that he is being framed in the case by the National Investigating Agency (NIA) due to the nature of his work and that he is suffering from serious ailments.

He argued that the Persecuted Political Prisoners Solidarity Committee (PPPSC), which NIA alleged was a frontal organisation of CPI (Maoists), was one of the most prominent human rights organisations providing legal aid in Jharkhand.

Father Stan is also the founder of Bagaicha, an organisation dedicated to empowering Adivasis, including fighting against illegal detention of minors charged with being Maoists. The NIA claimed that Bagaicha is connected with Vistapan Virodhi Jan Vikas Andolan (VVJVA) and the latter is also a frontal organisation of the CPI (Maoist).

Father Stan has accused the NIA of attempting to build a nexus between him and the banned CPI (Maoist).

The ailments Father Stan suffers from include hearing loss from both ears and arms injury. "He has undergone two hernia operations and is still suffering from abdomen pain. He suffers intense pain due to lumbar spondylosis i.e. the tear and wear of the lumbar disc and tremors in both hands due to Parkinsons. Infact, he has been shifted to the prison hospital and is being taken care of by other inmates," his application reads.

Only recently the Bombay High Court granted temporary bail for six months to co-accused Varavara Rao, on the grounds that his continued incarceration was incompatible with his health.

Advocate Sheikh argued that the NIA had failed to bring on the record any act of terrorism committed by Father Stan. He submitted that working for undertrials who could or couldn't have been maoists does not make him a maoist.

Seeking bail, the priest urged the court that criminal jurisprudence has time and again reiterated that the bail is the rule and "keeping a sick 83 year old incarcerated does not serve any purpose to the prosecution."

The NIA in their reply, filed through Special Public Prosecutor Prakash Shetty, said that the bail application was not maintainable and there was sufficient material to establish a prima facie case against the priest. The NIA denied that proper procedures were not followed while conducting searches at his house.

The NIA has claimed that there are over 140 email communications between Father Stan and co-accused academics Anand Temtumbde, Rona Wilson and others, as a part of a group mail. The NIA has held Father Stan's criticism of "Operation Green Hunt" against him. The Government run program was meant for the "eradication" of naxalites.

Previously, it took nearly a month for Father Stan Swamy to get a straw and sipper, seized at the time of his incarceration. The 83-year-old said he was finding it difficult to drink water without the sipper as he suffers from Parkinsons.

The hundreds of people visiting the war memorial at Bhima Koregaon were attacked on January 1, 2018, after a violence erupted. They were mostly from Dalit community and one died in the stone-pelting.

An FIR was registered regarding the violence the same day. However, three years since, no charge sheet has been filed in the case.