State Cannot Be Permitted To Perfect Title By Adverse Possession To Grab Property Of Its Own Citizens : SC [Read Judgment] 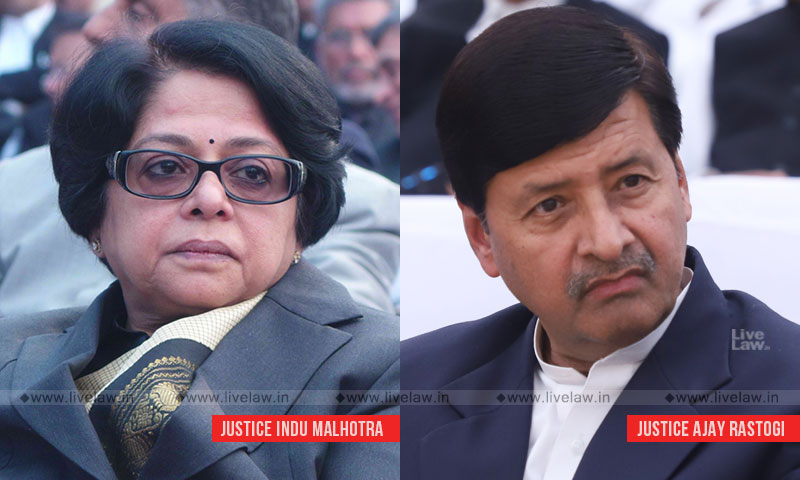 The Supreme Court granted relief to a 80 year old illiterate widow, whose land was forcibly acquired by the Himachal Pradesh government in 1967-68 without following due process of law for construction of road.A bench of Justices Indu Malhotra and Justices Ajay Rastogi held that state cannot invoke the doctrine of adverse possession to perfect title over land grabbed from private citizens....

The Supreme Court granted relief to a 80 year old illiterate widow, whose land was forcibly acquired by the Himachal Pradesh government in 1967-68 without following due process of law for construction of road.

A bench of Justices Indu Malhotra and Justices Ajay Rastogi held that state cannot invoke the doctrine of adverse possession to perfect title over land grabbed from private citizens. The Court held that that forcible dispossession of a person from his private property is violative of human right and constitutional right under Article 300A.

The land of the appellant in SC, Vidya Devi, had been forcibly taken by the Government in 1967-68 for road construction. Since she was illiterate, she was not aware of the legal remedies.

In 2004, some other persons, whose lands had also been similarly taken by the State, approached the High Court.  Three years later, the HC directed the State to acquire their lands under the LA Act 1894 and provide compensation as per the Act.

After knowing about this order, the appellant approached the HC in 2010 by filing a writ petition claiming compensation for the land in accordance with the process under LA Act. The State opposed the petition stating that it had perfected title by 42 years of 'adverse possession'. It further submitted that the road had been built over the land and that the appellant should invoke the remedy of a civil suit.

In 2013, the HC dismissed the writ petition, saying that it involved disputed questions of fact; but liberty was granted to the appellant to file civil suit.

Aggrieved with this, the appellant approached the SC.

No forcible dispossession from property without due process

Referring to Article 300A of the Constitution, the SC said :

"To forcibly dispossess a person of his private property, without following due process of law, would be violative of a human right, as also the constitutional right under Article 300 A of the Constitution".

"In a democratic polity governed by the rule of law, the State could not have deprived a citizen of their property without the sanction of law".

"The State being a welfare State governed by the rule of law cannot arrogate to itself a status beyond what is provided by the Constitution."

No plea of adverse possession to grab property of citizen

"We are surprised by the plea taken by the State before the High Court, that since it has been in continuous possession of the land for over 42 years, it would tantamount to "adverse" possession. The State being a welfare State, cannot be permitted to take the plea of adverse possession, which allows a trespasser i.e. a person guilty of a tort, or even a crime, to gain legal title over such property for over 12 years. The State cannot be permitted to perfect its title over the land by invoking the doctrine of adverse possession to grab the property of its own citizens, as has been done in the present case".

"In a case where the demand for justice is so compelling, a constitutional Court would exercise its jurisdiction with a view to promote justice, and not defeat it"

The Court noted that the an illiterate widow was divested of her property for nearly half a century by the state without any legal sanction. So, the Court found it fit to invoke the extraordinary power under Article 142 of the Constitution.

"We exercise our extraordinary jurisdiction under Articles 136 and 142 of the Constitution, and direct the State to pay compensation to the Appellant", the judgment authored by Justice Indu Malhotra stated.

Treating the case as a "deemed acquisition", the State was directed to pay the same compensation as was paid in a reference case of an adjacent plot. Taking note of the fact that the claimant in that reference case had filed appeal for enhancement of compensation in HC, the Court granted liberty to the present appellant also to file appeal within 8 weeks.

Over and above that, the State was directed to pay legal costs and expenses of Rs.1,00,0000/­ to the present appellant.