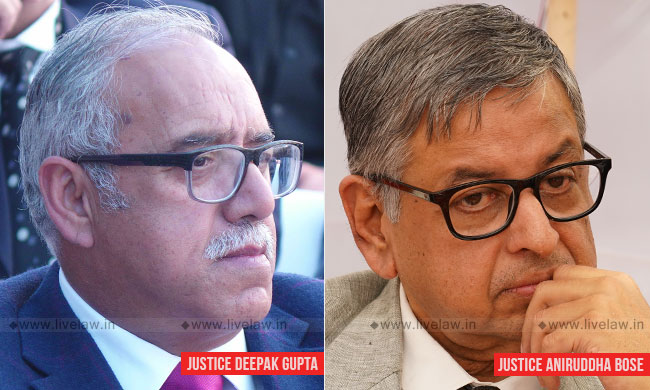 The bench comprising Justice Deepak Gupta and Justice Aniruddha Bose struck down Section 13(2) of Chhattisgarh Rent Control Act, 2011, in so far as it provides an appeal directly to the Supreme Court, holding that the same is totally illegal, ultra vires the Constitution and beyond the scope of the powers of the State Legislature.

While considering an appeal filed against an order passed by the Tribunal, the Court issued notice to the Advocate General of the State of Chhattisgarh and the Attorney General for India to address the issue whether the State Legislature can enact a law providing an appeal directly to the Supreme Court of India.

Referring to various constitutional provisions and entries in the schedule, the bench held that an appeal under Section 13 (2) of the Act directly to the Supreme Court is not maintainable. It made these observations:

A bare reading of Entry 65 clearly indicates that the State Legislature has no power to enact any legislation relating to jurisdiction and power of the Supreme Court. This power is specifically excluded.

We are constrained to observe that the men who drafted the Act did not even consider the hierarchy of Courts. As pointed above, the Rent Control Tribunal is headed by a retired Judge of the High Court or District Judge in the Super Time Scale or above. What was the rationale of making such an order appealable directly to the Supreme Court? We see no reason why the supervisory jurisdiction of the High Court should be excluded.