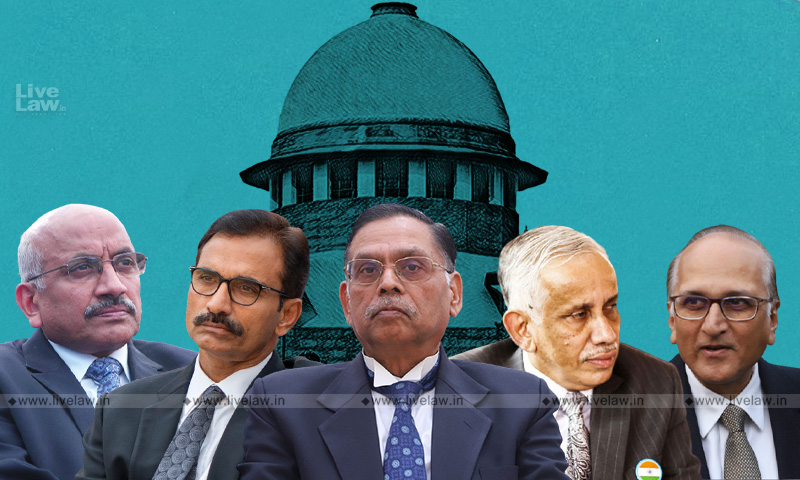 In a significant judgment, the Supreme Court has held by 3:2 majority that the 102nd Constitution Amendment has abrogated the power of states to identify "Socially and Educationally Backward Classes(SEBCs)".The majority judgment held that after the introduction of Articles 338B and 342A to the Constitution "the final say in regard to inclusion or exclusion (or modification...

In a significant judgment, the Supreme Court has held by 3:2 majority that the 102nd Constitution Amendment has abrogated the power of states to identify "Socially and Educationally Backward Classes(SEBCs)".

The majority judgment held that after the introduction of Articles 338B and 342A to the Constitution "the final say in regard to inclusion or exclusion (or modification of lists) of SEBCs is firstly with the President, and thereafter, in case of modification or exclusion from the lists initially published, with the Parliament".

The states can, through their existing mechanisms, or even statutory commissions, only make suggestions to the President or the Commission under Article 338B, for inclusion, exclusion or modification of castes or communities, in the list to be published under Article 342A (1).

This pronouncement was given in the case Dr Jaishree Laxmanrao Pati v The Chief Minister and others, in which a constitution bench was considering the validity of Maratha reservation and 102nd Constitution Amendment.

The bench unanimously upheld the constitutional validity of Constitution (One Hundred and second Amendment) Act, 2018, however differed on the question whether it affected the power of States to identify SEBCs.

The majority (Justices S. Ravindra Bhat, with whom Justices L. Nageswara Rao and Hemant Gupta agreed with) observed that the power of identification of SEBCs hitherto exercised by the states now shifted to the domain of the President (and for its modification, to Parliament) by virtue of Article 342A and that it does not in any manner violate the essential features or basic structure of the Constitution.

Justice Ravindra Bhat observed in his judgment as follows :

(vi) The Commission set up under Article 338B shall conclude its task expeditiously, and make its recommendations after considering which, the President shall expeditiously publish the notification containing the list of SEBCs in relation to states and union territories, for the purpose of the Constitution.
(vii) Till the publication of the notification mentioned in direction (vi), the existing lists operating in all states and union territories, and for the purposes 132 of the Central Government and central institutions, continue to operate. This direction is issued under Article 142 of the Constitution of India.

(29) We are of the view that word 'Central' in Article 342A (2) was used for purpose and object. The use of 'Central' was only with the intent to limit the list issued by the President to Central services. It is well settled rule of interpretation that no word in a statute or Constitution is used without any purpose. Word 'Central' has to be given meaning and purpose.
(30) When we have interpreted Article 342A to mean that Article 342A refers to 'Central List' which is prepared for services under the Government of India and organisations under the Government of India, the definition given under Article 366(26C) which specifically refer to Article 342A has to be read together and list of backward classes which is not Central List shall not be governed by the definition under Article 366(26C). Since, the (26C) has been inserted in the context of Article 342A, if the context is list prepared by the State and it is State List, definition under (26C) shall not govern.
(31) We, thus, hold that Article 342A was brought by Constitution 102nd Amendment to give constitutional status to National Backward Classes Commission and for publication of list by the President of socially and educationally backward classes which was to be Central List for governing employment under Government of India and the organisations under it.

Interestingly, the Attorney General for India KK Venugopal had argued that the 102nd Amendment will not affect the power of the States in relation to identification of SEBCs.