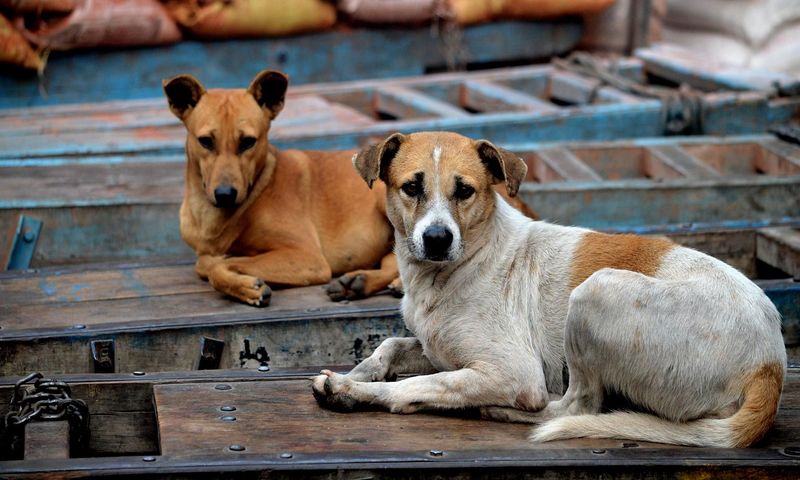 In relation to the stray dog menace in Kerala, the expert committee led by former Kerala High Court judge Justice S Siri Jagan has submitted its report before the Supreme Court, pursuant to the order passed on September 9.The committee in its report indicated towards a rise in the stray dog bites every year. "Not only media reports, but also visual verification on the streets also points to...

In relation to the stray dog menace in Kerala, the expert committee led by former Kerala High Court judge Justice S Siri Jagan has submitted its report before the Supreme Court, pursuant to the order passed on September 9.

The committee in its report indicated towards a rise in the stray dog bites every year.

"Not only media reports, but also visual verification on the streets also points to an exponential increase in the stray dog population in the State of Kerala. The number of reported dog bite victims who have sought care in institutions under the Health Services Department has also shown a steady increase over the past several years", the Committee, also comprising Sri. V. Hari Nair, Law Secretary to the Government of Kerala, and Smt.(Dr.) P.P. Preetha, the Director of Health Services-in-charge the Government of Kerala, stated.

The committee also stated that, "If the ABC Programme (Animal Birth Control Programme) and proper waste management had been effectively implemented from 2001 onwards, the grave situation prevailing now in Kerala, regarding stray dog menace in the streets, would not have been this serious."

It is imperative to find some method to reduce the number of stray dogs in the streets to a manageable level.So also, the authorities should take immediate steps to train sufficient number of dog catchers to enable the local authorities to effectively implement the ABC Programme",the report added.

a) In view of the very grave situation prevailing in the State on account of the stray dog menace, in order to safeguard the interests of the people of the State and to protect the people from the dangers caused by stray dogs, it is imperative to find some means for the immediate reduction of the stray dog population in the State to a manageable level, on a war footing, failing which the people are likely to take law into their own hands and start culling of dogs by themselves, which has already begun in some places openly under the leadership of members of local authorities and other social activists. Simultaneously, the ABC programmes are also to be implemented by all local authorities in full swing, in right earnest.

b) Implement the other recommendations of the Committee in the preliminary report dated 25-6-2016, which are:

(i) To make available Anti-Rabies Vaccine (ARV) and Human Rabies Immunoglobulin (HRIG) in all Public Health Institutions in the State.

(iii) Proper Waste Management by all local authorities by employing modern scientific methods. Licensing for slaughter houses, hotels, restaurants and similar establishments should be compulsory and should be subject to availability of scientific waste management methods and facilities.

(iv) Control, vaccination and sterilisation of Stray Dogs with identification tab, to identify that the animal has been vaccinated and sterilised.

(v) Licensing of domesticated animals with proper vaccination against Rabies and identification tab to identify that the animal is licensed to the person to whom the licence is issued.

(vi) Sufficient number of dog catchers must be trained and deployed throughout the state of Kerala to cater to the need of all the Panchayats and Municipalities in the State for the effective implementation of the ABC Rules.

The report also gave statistical data on the number of reported Rabies death in the State over the period of last nine years. It included the data till 16th September 2022. The report also shared details of rabies deaths that happened this year stating that, "out of the 21 deaths reported this year, 11 are adult males, 7 adult females and 3 children. Of these, 12 cases have been confirmed through laboratory tests and 9 cases have been diagnosed through typical clinical features and epidemiological linkages. 6 of these individuals had received post-exposure prophylaxis with vaccine and anti-rabies serum, although one of them missed a subsequent vaccine dose as per the schedule. All the other 15 people either ignored the wound or did not report exposure to animal bites and therefore did not receive post-exposure prophylaxis. All these individuals who had unfortunately died even after post-exposure prophylaxis, had severe category III wounds on the face, lips, eye lids, neck, ear and hands, which are recognised as high-risk areas."

The report submitted a break down of district wise total of rabies death in Kerala for the period from 2012 to 16th September 2022 and stated that, "The consumption of vaccines and immunoglobulins used for post-exposure prophylaxis has also increased as shown by the quantities distributed through Kerala Medical Services Corporation Limited. There has been a 57% hike in Rabies vaccine consumption (IDRV) during the year 2021-22 compared to the year 2016-17. During the same period, the consumption of Equine Rabies Immunoglobulin (ERIG) has shown a hike of 109%."

Claims for compensation negligibly disproportionate to dog bite incidents, ignorance of people could be the reason

The report apprises the Court that the number of claims received is negligibly disproportionate to the total number of dog bites reported in the State which may be due to the ignorance of the people about the facility of this Committee for availing of compensation, or incorrect understanding of the procedure adopted by the Committee, which people may think is like that in a court of law in suits for compensation. It was also pointed out in the report that reports regarding 881 claims have been forwarded to the Honourable Supreme Court of India and the Government of Kerala. The Government has passed orders in respect of 749 claims directing the concerned Panchayat/Municipality to pay the compensation assessed by the Committee.

The report submitted that the total number of stray dogs as per the livestock census of 2019 is 2,89,986 which when compared to the census of 2016 shows an increase of only 20,992. The Committee Report stated that the committee has reason to doubt the correctness of the census itself, since, the increase in stray dog population is not proportionate to the increase in the number of stray dog bites and the increase in the consumption of vaccines and immunoglobulins used for post-exposure prophylaxis in the State. Therefore, the committee asked for a re-look into the methods adopted for the stray dog census, by the authorities.

The Supreme Court will consider the case on September 28.