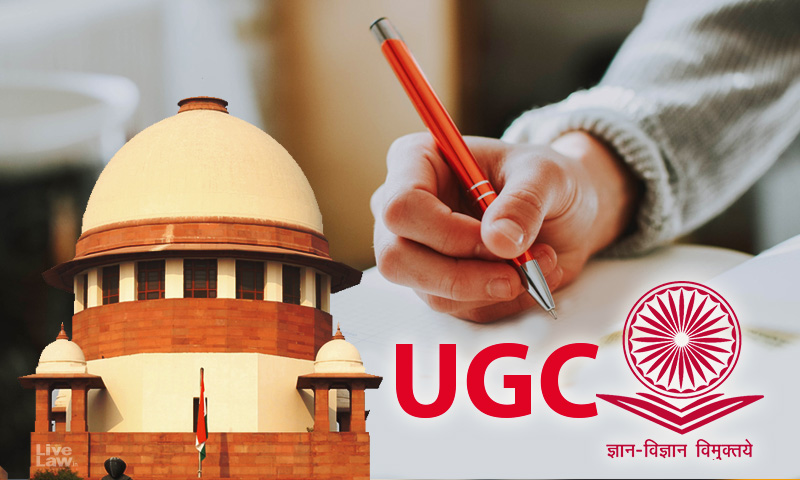 The Maharashtra Students' Union has sought intervention in the writ petition challenging UGC Guidelines mandating conduct of examinations for final year students by September 30. The Petitioner organization stands by the decision of theMaharashtra Government of not holding final year examinations of both professional and non-professional courses in the state, amid the pandemic. It...

The Petitioner organization stands by the decision of theMaharashtra Government of not holding final year examinations of both professional and non-professional courses in the state, amid the pandemic.

It is contended that decision of the State's Disaster Management Authority shall prevail over all Central and State Acts, including the Universities Grant Commission Act, 1956, as it is a special law.

The decision has been challenged before the Top Court, as violative of students' right to health and life.

In its affidavit, UGC had stated that the direction to hold final year examinations by September 30 was issued to "protect the academic future of students". It further stated that conducting examinations for final year students is necessary to test them on "specialized elective courses" studied by them during the terminal year.

Responding to this submission, the Petitioner-organization through Advocate Mohini Priya has stated that final examination of students of Higher and Technical Education does not carry any special weightage or decisive value as now, the evaluation is done on a "cumulative assessment of all semesters" in a degree course.

They have contended that ever since introduction of "Semester system" and the "Choice based Credit system" in the year 2009, modules taken by students are assessed immediately upon completion of required academic work as a part of "continuous assessment".

Other grounds taken by the Petitioner include:

Section 12 of the UGC Act stipulates that it shall be the general duty of the Commission to take, in consultation with the Universities or "other bodies concerned", all such steps as it may think fit for promotion and co-ordination of education and for determination and maintenance of standards of teaching, examination and research in Universities.

The Petitioner has contended that since the words "other bodies" is not defined in the Act, the same has to be interpreted comprehensively and widely.

It is stated that "other bodies" would certainly include the State Authority and/or State Government. On this note it is submitted,

The Petitioner-organization has contended that the power to take decisions regarding the conduct of examinations and conferring degrees rests upon the respective State Universities and not upon the UGC.

Taking a comprehensive of view of the provisions of the Maharashtra Public Universities Act, 2016, the Petitioner has submitted,

"the power to take decisions regarding conduct of examinations and conferring of degrees rests with the respective State Universities, and as such the UGC does not have the authority to grant/withold degrees of students, when the State Governments and Vice Chancellors of Universities have after considering all the exigencies of the current situation made a unanimous decision to confer degrees without holding the final year examinations."

It is argued that the UGC is concerned with the "standards of education" and the State Government's decision regarding non-conduct of final exams amid a national health crisis cannot in the remotest manner be considered as an impediment on the same.