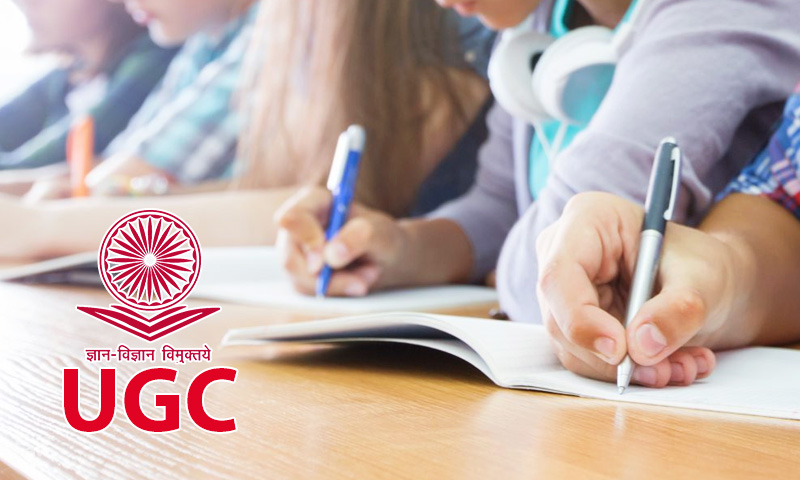 Universities can seek for extension of the deadline under the UGC Guidelines, but they cannot take the decision to confer degrees without holding exams, submitted Solicitor-General Tushar Mehta, on behalf of the University Grants Commission, during the Supreme Court hearing of a batch of petitions challenging UGC Guidelines which mandate for the conduction of final-year examinations...

Universities can seek for extension of the deadline under the UGC Guidelines, but they cannot take the decision to confer degrees without holding exams, submitted Solicitor-General Tushar Mehta, on behalf of the University Grants Commission, during the Supreme Court hearing of a batch of petitions challenging UGC Guidelines which mandate for the conduction of final-year examinations by September 30.

The SG made his submissions in the matter before a bench of Justices Ashok Bhushan, R. Subhash Reddy and MR Shah.

He commenced his arguments by submitting to the Bench that while the Supreme Court was well within the contours of its jurisdiction to set aside the Guidelines, the Bench had to first decipher whether the Centre would supersede the State.

He added a caveat to the submission, stating that he did not want to make into a Centre v. State argument. However, he requested the Bench to read the UGC Act and the powers of the UGC enumerated in it.

The SG then referred to the State of Maharashtra's "political somersault" in conducting the exams and then opposing its conduction.

"On 6th May, State of Maharashtra constituted a State-level Committee headed by Minister of Higher and Technical Education. This Committee recommended the exams to be conducted and the State accepted their report", submitted the SG.

The SG went on to counter the arguments put forth by Senior Advocates Dr. Abhishek Manu Singhvi and Shyam Divan at a previous hearing, and submitted that the decision to hold the exams was not arbitrary in any manner whatsoever and that it was a must for final-year students.

The Bench was then taken through the Guidelines issued by the UGC (April 30 and July 6) by the SG to drive home the point that the earlier Guidelines were not mandatory. Further, he argued that presently many Universities were conducting the exams – in online, offline and hybrid mode. He referred to Delhi University as an example of smooth conduction of examinations.

Additionally, the SG emphasized upon the importance of final-year exams by submitting, "The performance in examination brings in scholarship and recognition, as well as job opportunities".

The SG, in order to convey to the Bench that there had been proper application of mind as well as assessment of ground realities on behalf of UGC before promulgation of the July 6 Guidelines, referred to the Standard Operating Procedure which laid down the dos and don'ts and had been vetted by the Ministry of Health and Family Welfare.

"The SOP talks about thermal scanning, masks, social distancing, and this was approved so as to ensure that the health of students remained intact. The UGC and other Regulators exist for the protection of interests of stakeholders. Here, the students are the stakeholders".

It was further averred that the decision to conduct the exams by September 30 had been taken in order to ensure that the degrees of the students were provided to them at the earliest for admission into foreign universities and higher education; it was, therefore, in interest of the students.

The SG then submitted that the impugned Guidelines derived their power from Entry 66 of List I of Schedule 7 of the Constitution of India. He drew the attention of the Bench to Regulation 6(1) of the 2003 Regulations which stipulated that a minimum standard must be adhered to by the University before conferring the first degree.

Therefore, it was argued that the Guidelines possessed a statutory mandatory force. This submission was buttressed by a 2005 judgement of Yashpal Singh and a 2013 judgement of Maha Vaishno Devi Mahila Vishwavidyalaya v. State of Uttar Pradesh.

Lastly, it was contended by the SG that though he did not wish to traverse into the area of whether the Centre was supreme or the State was supreme, however, he did wish to bring into light the fact that the Disaster Management Act, 2005, was designed in a manner wherein a disaster could be local or pan-India.

The Bench, however, informed the SG, that the only question that needed to be answered was whether the University's decision under State Disaster Management Authority could override UGC Guidelines.

To the SG's response that the Central Government would reign supreme, the Bench noted that a harmonization of provisions had to take place and that if a certain situation in a State would impede the conduct of examinations, how could the UGC override the State and still mandate for the exams to be held.

The SG winded up his submission by stating that in those cases, the State could approach the Centre and request for the deadline to be pushed. However, it could not decide to confer degrees without exams. Additionally, the September 30 deadline had only been formulated in the interest of students; it was not a diktat.

Before the hearing was concluded, SG Mehta remarked that the country was opening up gradually.

"The country has started working. The students are 21-22 year olds. Can you really believe that they will not be going out?", he stated.

On that note, the Supreme Court reserved the judgement in the instant matter. All Counsels have been directed to submit a short note on their submission within three days.

Complete updates from today's hearing may be read here.

Read the full reports of the hearings:

'How Can There Be Exams Without Teaching? UGC Directions Arbitrary': Singvhi Seeks Cancellation Of Exams

'When Exams Can't Be Held In April With 1137 COVID-19 Cases, How Can They Be Held Now With Lakhs Of Cases?' Shyam Divan Tells SC In Students v UGC

[Students vs UGC] UGC Cannot Compel That Exams Be Held; Can Only Lay Down Standards: Datar For Maharashtra In SC

[Students vs UGC] Poor, Downtrodden And Those Without Access To Technology Will Be Hard Hit: Vishwanathan Tells SC For Delhi Govt