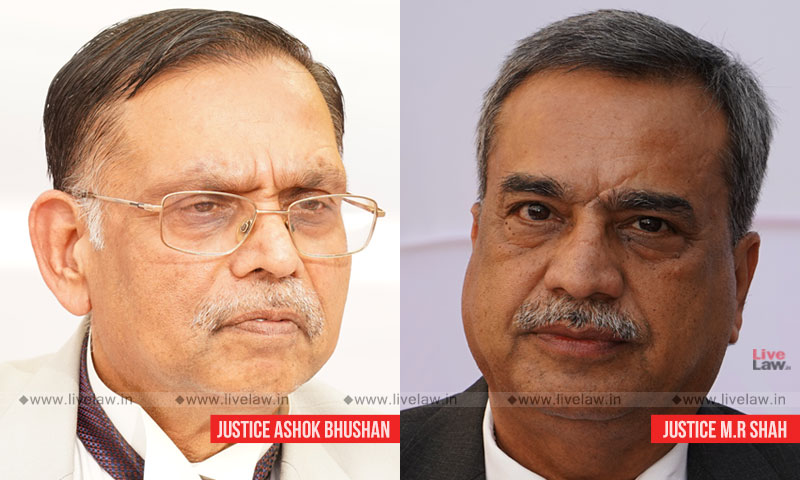 x
" In a writ petition under Article 226 subsequent events can be taken note of for varied purposes."
Your free access to Live Law has expired
To read the article, get a premium account.

The Supreme Court has observed that there is no bar in considering a subsequent event for testing the legality of the order impugned or for moulding the relief in a writ petition under Article 226.

In this case, the writ petition was filed by Sharad Yadav against the order of the Chairman disqualifying him as a member of the Rajya Sabha in terms of paragraph 2(1)(a) of the Tenth Schedule of the Constitution. An application was filed by Rama Chandra Pratap Singh seeking permission to place additional material on record to demonstrate some purported post disqualification conduct of the ex MP. This application was dismissed by the High Court observing that any event subsequent to the passing of the impugned order, cannot be considered to test its legality.

Though the Apex Court upheld the dismissal of the application, it said that the observation made by the High Court may be generally correct but there can be exception if the above statement is treated as statement of law. In a writ petition under Article 226 subsequent events can be taken note of for varied purposes, the court said.

The bench of Justices Ashok Bhushan and MR Shah observed:

"An event or a conduct of a person even though subsequent to passing of an order of Speaker or Chairman ordinarily may not be relevant for determining the validity of the order of the Speaker or Chairman but in a case where subsequent event or conduct of member is relevant with respect to state of affairs as pertaining to the time when member has incurred disqualification, that subsequent events can be taken into consideration by the High Court in exercise of its jurisdiction under Article 226. Justice Hidayatullah, (as he then was) speaking for this Court in Mohd. Ikram Hussain Vs. State of Uttar Pradesh and Others, AIR 1964 SC 1625 has made a very pertinent observation with regard to acceptance of evidence. It observed that if the Court requires an evidence that can always be received. "

Taking note of the observations made by Justice V.R. Krishna Iyer in Pasupuleti Venkateswarlu Vs. The Motor & General Traders, (1975) 1 SCC 770, the bench further said:

"The observations made in paragraph 4 as quoted above need not to be read as laying down a law that in any case subsequent event cannot be considered for testing the legality of the order impugned or for moulding the relief in a writ petition under Article 226."

The bench, however, dismissed the appeal, observing that the additional evidence, which is sought to be brought on record of the writ petition was not the basis for seeking disqualification.