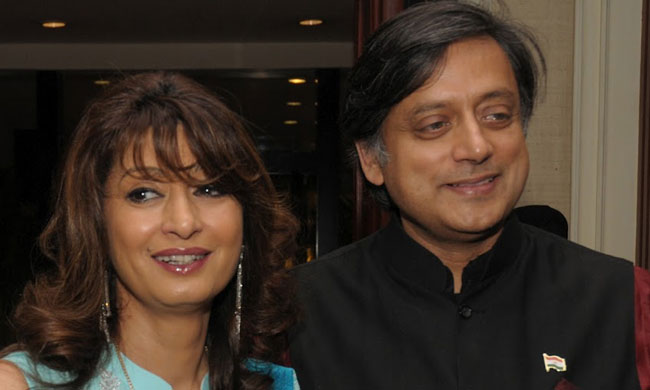 "The accused is discharged," said the Court while asking them to file a bond under CrPC.

Tharoor, who was also present on virtual conferencing while the order was being pronounced, thanked the Court for discharging him of all offences and said "It had been seven and half years and it was a torture. I'm so grateful."

The development came after the Court had reserved the orders on April 12 after hearing in detail, Senior Advocate Vikas Pahwa appearing on behalf of Tharoor whereas Additional Public Prosecutor Atul Shrivastava appeared on behalf of the State.

"The law on presumption is very clear. Even before sec. 113A is invoked, they have to establish the foundational facts of the case. But they feel by invoking sec. 306, charges can be framed. They did not prove whether it is a case of suicide or homicide. There is no question of sec. 306 here. It comes when at least suicide is established. In this case, it has been established that it is not a suicide. My case is much better than this," Pahwa had submitted.

"If you cannot establish suicide, then there can be no sec. 306 case. First you have to establish there has been a suicide. From 2014 to 2017, it has been 4 years. They have given opinion, its neither suicide nor homicide. Again a null in the investigation. Even when the report said there was no suicide, they registered a case under sec. 302. They don't say it's suicide. This is answer to your third category, accidental. This is accidental where there is no intention. Suicide cannot be without intent. I am not talking abetment at the moment. I am talking about suicide. For suicide there has to be intent. I am relying on medical documents relied by them. How does sec. 306 come into play?," Pahwa submitted.

"Court will be well within its domain to discharge an accused in such a case. But I ask myself a question, is it a case where the evidence is absolutely insufficient? The people who were able to see the dead body concluded the cause of death with great reasons and literature annexed in the reports. The investigating officers are not magicians and every question cannot be expected to be answered by them which is why we have doctors. The doctors stated that there was oral route of poisoning. However, it was also found that injectable route is also there," APP had submitted.

"Such questions can be answered by the doctors during the examination at trial. There is no definite cause of death in the case. It was never said that it is a case of natural death but on this ground can we throw all this in the dustbin? Hon'ble Court has to take the inference from all evidences," APP had argued.

Also Read :  Sunanda Pushkar's Death Not Confirmed As Suicide; Even If Suicide Assumed, No Material To Show Abetment By Shashi Tharoor : Delhi Court In Discharge Order