Suppression Of Art By State Is Disturbing : Justice Chandrachud 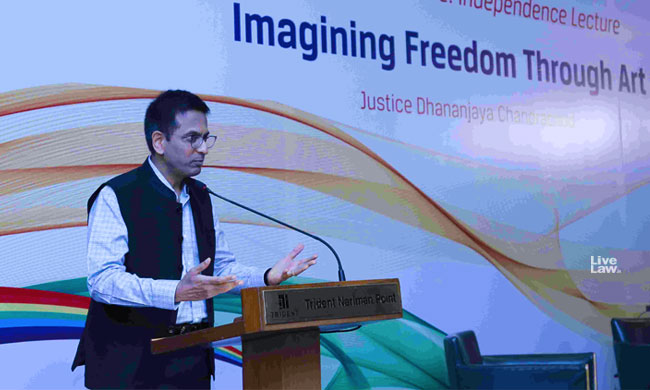 x
The freedom for art to expand in all directions is necessary for humanity's collective progress, he said.

Justice Dhananjaya Chandrachud of the Supreme Court of India delivered a 55-minute speech on the topic "Imagining Freedom Through Art" at the Oberoi Trident here in Mumbai on Saturday evening. The event was organized by JSW. He began his speech talking about the significance of art and how it shapes our society. "Art serves an intrinsic purpose to allow the expression and shaping of...

Justice Dhananjaya Chandrachud of the Supreme Court of India delivered a 55-minute speech on the topic "Imagining Freedom Through Art" at the Oberoi Trident here in Mumbai on Saturday evening. The event was organized by JSW.

He began his speech talking about the significance of art and how it shapes our society.

"Art serves an intrinsic purpose to allow the expression and shaping of identity, leaning towards the self-actualisation of human beings as well as an extrinsic purpose of bringing into collective consciousness the vast oppressions that plague our society.

The threat to restricting art may arise within art itself as a result of dominance of privileged groups over the domain of art and literature. By denying certain communities a voice and a narrative, art can itself be oppressive and enabling of a hegemonic culture. Let's not forget all art is political. If it were not, art would be merely an ornament of colour, words or music."

"The freedom for art to expand in all directions is necessary for humanity's collective progress. The danger lies when freedom is suppressed, whether by the state, by the people or even by art itself. Ironically, a globally networked society has rendered us intolerant of those who do not conform. Freedom has become an avenue to spew venom on those who think, speak, eat, dress and believe differently.", he added.

Justice Chandrachud also said that the suppression of art by state is disturbing. 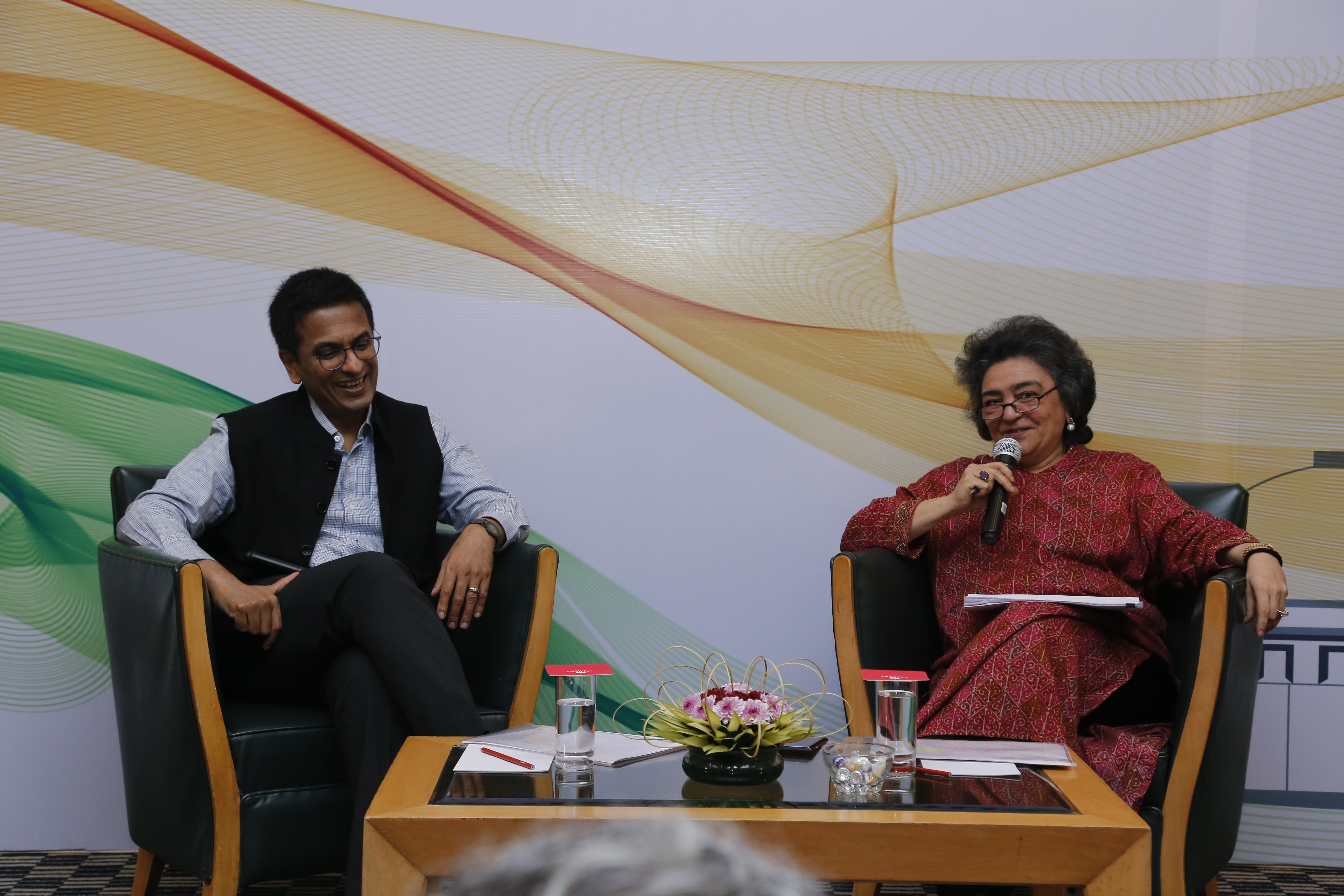 Excerpts from the talk:

Zia: One thing I have noticed, even when you concur (in your judgments), you often feel strongly enough to write your own judgments, they continue to be sweet and lucid and sometimes poignant, but what drives you do that?

DY: Zia I have been asked this question before, that why do you write concurring opinions, citizens want to hear just one voice and simply tell us what you mean. They say- "Is it an offence to have a gay or a lesbian partner", that is all they want to know. To be very honest, I will take this question at two levels, at the institutional level we are there as judges not just to dispose of cases, but to give some shape to the law. In this limited time that every judge has, there must be an attempt to shape and reshape our vision of what a society should be in the future. The second aspect is very personal, judging is about realizing your own consciousness and so much about your own process of evolution as a human being and your own sense of self-reflection. And in writing you give effect to that very deeply personal moment within yourself.

You know, normally what happens is that when a case is reserved for judgement, when it is being argued a long time, you pretty much know from the lines of questioning that judges do in Court, which way are judges going to go. That's not always so. A judge can change later as the case is argued but colleagues know broadly what your line of thought is. So typically the senior-most judge in a bench will say that I am assigning this judgement to this particular person, for example- I am assigning Aadhar judgement to this colleague, then you get your colleague's draft and a lot of times you know what that colleague is going to do and then you feel very strongly about that and you say I am not going to compel this and so you begin writing your opinion.

Zia: Do you have discussions?

DY: Oh yes, we do have discussions but unfortunately the kind of work we have, we deal with almost 150 cases between Monday and Friday, Tuesday, Wednesday and Thursday add another 30 each day. So, on an average Supreme Court judge deals with almost 250 cases every week, apart from this, we are editing our judgments, dictating judgments in Court. We don't have as much time as the US Supreme Court would have because if we had more time, we would disagree far less and agree a little more. I am not sure whether that's good or bad. But we should be discussing much more than we do. Though we have formal conference rooms we don't make use of them as much as the American judges or the judges of the UK Supreme Court do.

But when you really dissent, you dissent on issues which you feel are critical. Someone spoke about the fact that I dissented in Aadhar which I felt was my take on right to privacy or Bhima Koregaon or the case where I dissented on the issue of whether you should have video-conferencing in matrimonial cases. Two of my colleagues felt that video conferencing dilutes the process of conciliation in between warring spouses, and I said we need to have video-conferencing, what do you do if the wife is based in Hamburg, Germany and the husband is in Bangalore? You can't ask her to come down for consultation, so important things like that where you feel that No! this is not the way the law should go.

Zia: Was your interest at the bar ephemeral?

DY: You are shaped by the kind of experiences you encounter in life, a lot of times the kind of injustice that you would see in Court whether as a lawyer or as a judge that really shapes the way you look at issues. For instance, I was brought up in a really legalistic traditions, we would look at cases, how the precedent of the case law should evolve. But over a period of time you realize that law has such limitations in curing injustice and answer to society's injustice must perhaps lie beyond the law.

Question from audience member: After 377 judgement, what kind of roadmap do you envision for providing other legal rights to the LGBTQ community with respect to marriage, insurance, property rights and adoption?

DY: You know the issue we dealt with our judgement in Navtej Johar was specifically whether it was constitutional for Parliament to say that consenting adults of the same sex having a sexual relationship is an offence. We said No! but in deciding Navtej Johar I believe we have laid the groundwork for a much broader application of the principle. I think that is the real challenge in constitutional cases, you deal with the case on hand but also lay down a sort of a doctrine that will also apply to the future.