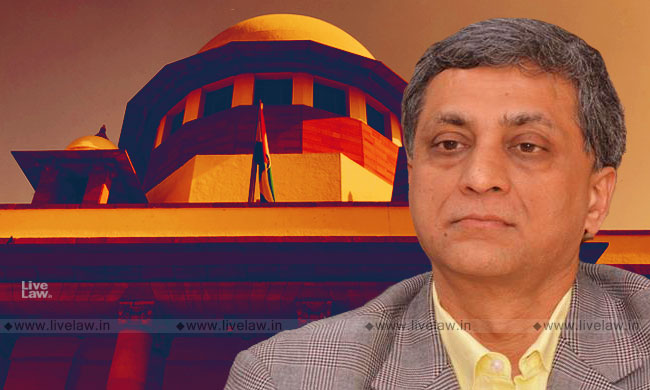 The courtroom battle in the Tata Sons case reached to day 6 of continuous hearings by the parties. A three judge bench headed by Chief Justice of India SA Bobde heard the arguments advanced by Mr. Shyam Divan, another Counsel appearing on behalf of Cyrus Mistry. Mr. Divan presented his arguments on three aspects. First, 10 main aspects relating to corporate governance...

The courtroom battle in the Tata Sons case reached to day 6 of continuous hearings by the parties. A three judge bench headed by Chief Justice of India SA Bobde heard the arguments advanced by Mr. Shyam Divan, another Counsel appearing on behalf of Cyrus Mistry.

Mr. Divan presented his arguments on three aspects. First, 10 main aspects relating to corporate governance and relationship between the SPG and Tata Sons; second, two Articles from the AoA and three, statutory provisions of the Companies Act, 2013. According to Mr. Divan, the following were the main points of consideration in the case:

Mr. Divan began with arguing on the point of corporate governance and how the process of removal of Cyrus Mistry goes against the concept of Corporate Democracy. He called the removal procedure as prescribed under the AoA as an "express black letter provision". The provision requires that in order to remove a chairperson, the same process of appointment has to be followed which was not done in the present case.

According to Mr. Divan the management of the Company has to be controlled by the Board of Directors in accordance with AoA and Companies Act. "We have the Executive Chairman, Cyrus Mistry in our case. If his tenure has to be terminated for any reason, this has to be done in compliance of the article which is not done." he argued.

Mr. Divan argued on the importance of duties of Directors under Sec. 166 of the Act. "Directors must act in accordance of articles and shall act in good faith for the benefit of its members as whole, employees, shareholders and community" he argued. He stressed on the importance of exercising independent judgment of the directors. "If you are not a director, you cannot breach or abet the breach of statutory provision. You can suggest or advise but can you dictate, compel etc. The Answer is no." he continued.

Mr. Divan then argued on the relevance of Sec. 118 of the Act which minutes of proceedings of general meeting, board of directors and other meetings and resolutions passed by postal ballot. "This is a mandatory provision as it used the word 'shall'. The mandatory notice for the meeting held in 2016 wasn't served. This is not in compliance of the provision." He argued.

According to his arguments, Mr. Ratan Tata exercised an overriding authority on the decisions of the Board of Directors. He informed the Bench that the communications between the year 2013 to 2016 show that there was a complete confusion in the Board. All the decisions were taken by Ratan Tata himself. "On 28th June 2016, the Board didn't have any grievance from Cyrus Mistry. The board noted that Mistry in fact worked in the welfare of the company and the Board applauded his contribution. There is no agenda of removal of his termination. No reasons for removal of Mistry were recorded. One of the directors was a nominee of Tata Trust. Other 2 were appointed as personal nomination by Ratan Tata. Other 2 who voted for his removal had just 4 months prior to the removal praised his work. No reason was given by them on their vote." He argued.

Divan: The importance of selecting chairperson of Tata Sons is crucial because it affects shareholders and other entities. Mr. Ratan Tata is not the member of the board on 18 Dec 2012. He didn't attend any meeting until 2016 October. He is not subject to the discipline of sec. 166 of Companies Act. Mr. Subedar, company secretary informed the board that while the meeting was in process, Ratan Tata sent 2 letters while in the position of shareholder requesting other Directors namely Shrinivasan and Piramal to take necessary actions. Mr. Cyrus Mistry was the Executive Chairman on this date.

Divan: Between 1964 and 2000, as per the earlier companies act, there was a special regime across India for trust holding shares (Tata Trust in the case). The Central Government appointed an officer called Public trustee. If you wanted to vote on the shares, it was this trustee who would vote. The voting couldn't have been done by Tata trust. But only on his directions this trustee would vote. Imagine you had shares but didn't have the rights to vote. It was in these circumstances that the Tata trust required a reliable party and therefore it sold shares to SPG with whom it had relationship which was very old. You would need someone reliable, someone with integrity who can vote on your behalf. And that's how we became that reliable trust. In 2000 the condition was revoked.

Divan: A trust has no independent relevance as per law. If you are a public trustee, you are directly hit by these provisions. And that was the circumstance in which SPG came in.

A special feature of Mr. Divan's arguments was on the importance of a special, long lasting and good faith relationship between SPG and Tata Sons. He read out important timeline of events indicating the relationship in dealings between the two groups from 1964 to the year 2000. "The events are reflective of utmost good faith and a strong bond between two partners." He said.

CJI: There is no doubt about stability of their relationship.

Divan: This is exactly the point your lordship. Thank you. Even the NCLAT records that this falls so short on the part of Tata Group who is having such a dignified reputation in global world.

Salve: These are new arguments and new documents that have come on record.

At this stage, CJI SA Bobde asked Mr. Divan to assist the bench about whether any article is present n the AoA dealing with irregularity in meetings or non compliance in Board. The bench then deliberated over the issue of proportionate representation of Cyrus Mistry and asked Mr. Divan why the NCLT followed the procedure of allowing amendment applications in the place of filing additional affidavits and replies. "The NCLT found on the strength of it's experience and recorded that let us only file additional affidavits. Then the case climbed one level higher. Then NCLT allowed the filing of amendment application. Hence, we filed it." Mr. Divan replied."We intend to make certain observation with regards to how these tribunals should follow such matters. Make an explanation tomorrow." CJI responded.

At the end of the hearing, the Bench asked Mr. Divan to summarize his arguments in the next hearing in order to save time for the rest of the parties.

Salve: On our side only one lawyer argued. Two eminent seniors have argued from their side. From one side at least we should get 40 minutes to advance our arguments.

The matter is listed for hearing tomorrow.