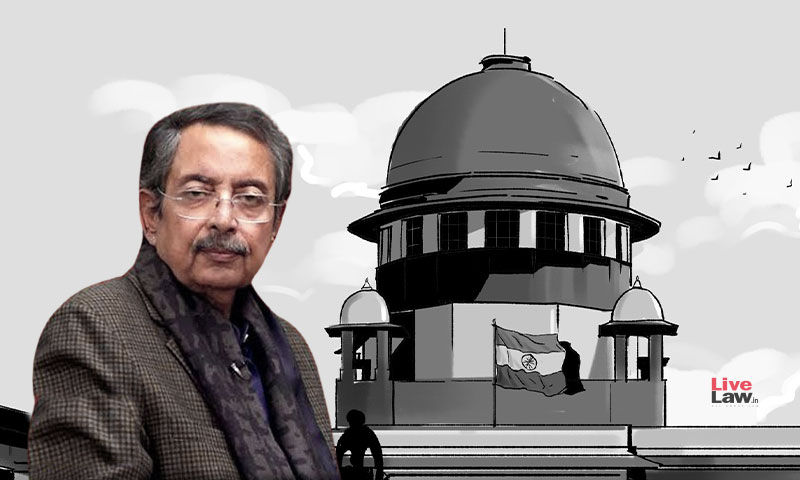 In its judgment quashing sedition case against Journalist Vinod Dua, the Supreme Court rejected the plea to direct the State Governments to constitute committees to conduct preliminary inquiry before FIRs are registered against senior journalists.That would amount to encroachment upon the field reserved for the legislature, the bench comprising Justices UU Lalit and Vineet Saran...

In its judgment quashing sedition case against Journalist Vinod Dua, the Supreme Court rejected the plea to direct the State Governments to constitute committees to conduct preliminary inquiry before FIRs are registered against senior journalists.

That would amount to encroachment upon the field reserved for the legislature, the bench comprising Justices UU Lalit and Vineet Saran observed.

The Court, however, clarified that that every Journalist will be entitled to protection in terms of Kedar Nath Singh judgment. It added that every prosecution under Sections 124A and 505 of the IPC must be in strict conformity with the scope and ambit of said Sections as explained in, and completely in tune with the law laid down in Kedar Nath Singh.

Dua had prayed for a direction that henceforth FIRs against persons belonging to the media with at least 10 years standing be not registered unless cleared by a committee. He suggested that such committee should be constituted by every State Government, the composition of which should comprise of the Chief Justice of the High Court or a Judge designated by him, the leader of the Opposition and the Home Minister of the State.

Senior Advocate Vikas Singh, who appeared for Dua referred to Lalita Kumari v. Government of Uttar Pradesh and Others judgment to submit that the category of cases in which preliminary inquiry could possibly be insisted upon were detailed therein but it was clearly stated that such categorisation was only illustrative and not exhaustive of all conditions which may warrant preliminary enquiry. According to him, there was strong similarity between the medical professionals and journalists and the latter were also entitled to certain safeguards and protection; that journalists would also discharge function of educating and altering the public in general and as such they, as a class would also require similar protection. The Senior Counsel also referred to Jacob Mathew v. State of Punjab, in which certain guidelines were issued with regard to prosecution of Medical Professionals accused of rashness or negligence while discharging their professional duties.

"We are conscious that the directions issued in Jacob Mathew had received approval by a Constitution Bench in Lalita Kumari , but those guidelines issued in Jacob Mathew stand on parameter which are completely distinguishable from the subsequent decisions of three Judge Bench of this Court in Union of India vs. State of Maharashtra and Others  and in Social Action Forum for manav Adhikar and Another vs. Union of India, Ministry of Law and Justice and Others", the court observed after referring to various other subsequent judgment.

Citizen Has Right To Criticize Government As Long As He Does Not Incite People To Violence: Supreme Court In Vinod Dua Case