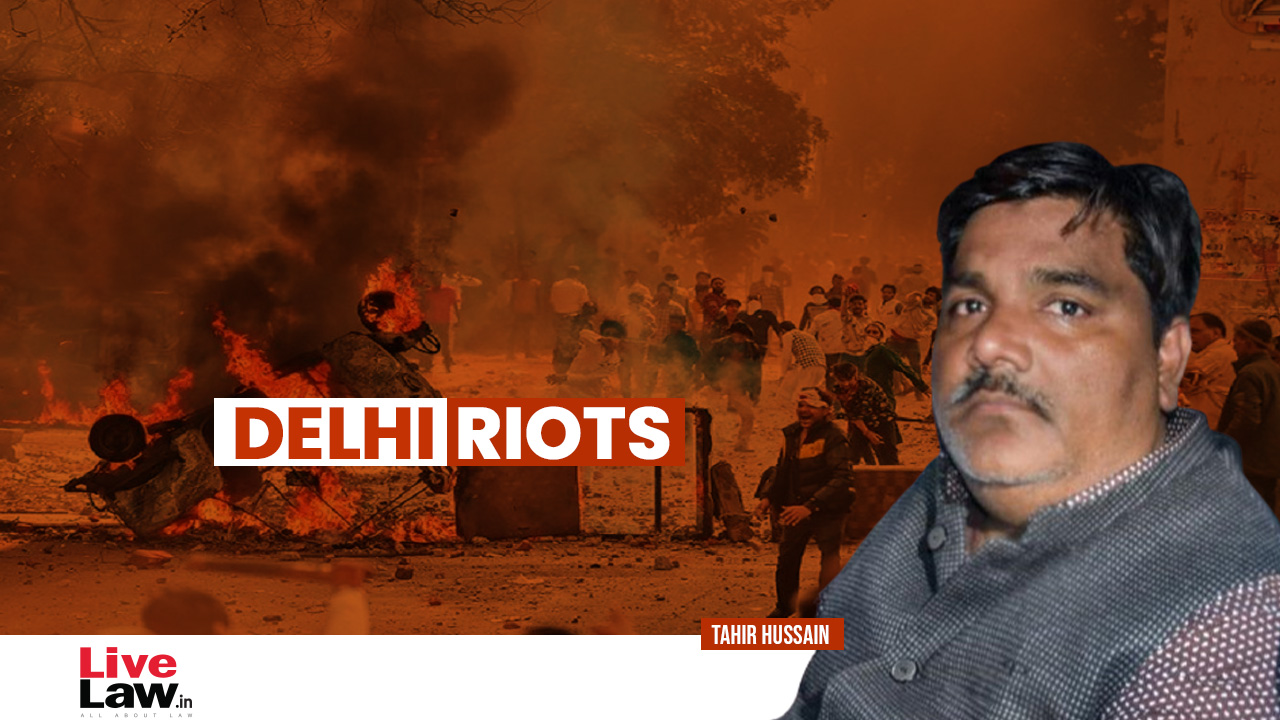 The Supreme Court on Monday dismissed a Special Leave Petition filed by former Aam Aadmi Party councillor Mohammed Tahir Hussain challenging the Delhi High Court's order which refused to stay the proceedings in the three FIRs registered against him in connection with 2020 Delhi riots.

Hussain's SLP was filed after the Delhi High Court refused to stay the proceedings on September 16, this year.

A Bench of Justices Ajay Rastogi and CT Ravikumar said that it is not keen to interfere since the matter is sub-judice before the High Court.

"…We find no reason to interfere at this stage when the matter is sub-judice before the High Court."

Senior Advocate Menaka Guruswamy, appearing for Hussain, during the hearing argued that the criminal law does not permit the registration of subsequent First Information Reports (FIRs) on the same offence. She further argued that the accused cannot be subjected to fresh investigation with regard to the same incident. This, Guruswamy argued, was not tenable as per the Code of Criminal procedure as well as the judgements of the Top Court.

The Court said that this aspect was noted by the Delhi High Court in its September 16 order.

"Why should we intervene now when matter is before the High Court?", the bench immediately asked the senior counsel.

The Bench further said that it does not appreciate petitions being rushed to the Supreme Court when the matters are sub-judice.

"Go back to the High Court and persuade it. It made an interim order….Your doors are not closed. We do not appreciate everything coming before us, the questions are open."

As the hearing came to a close, the Bench also refused to direct the Delhi High Court to decide the matter expeditiously, as per the request of the senior counsel.